There are many Pittsburgh Penguins’ fans who despise Jaromir Jagr. I will never understand why. As the Penguins’ franchise record books currently stand, Jagr is without question, the greatest player to throw on a Pens’ sweater behind Mario Lemieux. Over the past decade Pens’ fans have booed Jagr every time he’s played for an opposing team in the city of Pittsburgh. 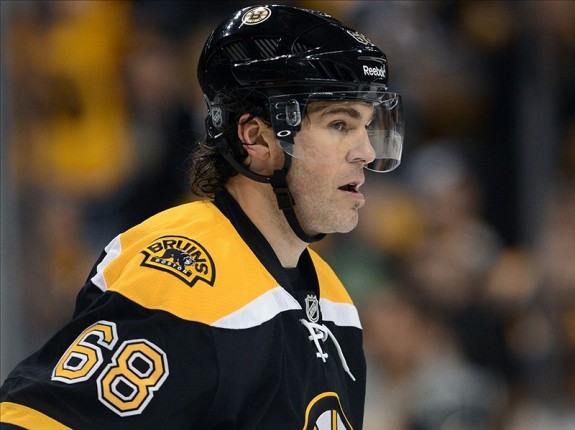 No matter what Jagr said or promised to Lemieux when he decided to return to the NHL two seasons ago, NHL hockey is a business. Jagr had to do what was in his best interest, even if that meant signing with the hated Philadelphia Flyers where he was offered much more money than he was going to make with the Pens.

Would you pass up $4 million for $1 million? God Bless You.

When Jagr returns in a Boston Bruins’ jersey to play in Game 1 of the Eastern Conference Finals, he deserves a standing ovation, in my opinion. He is second in every major scoring category behind Lemieux. Jagr had five Art Ross Trophies in a Pens uniform while Lemieux had six. Jagr was the only player talented enough to fill the void of Lemieux. 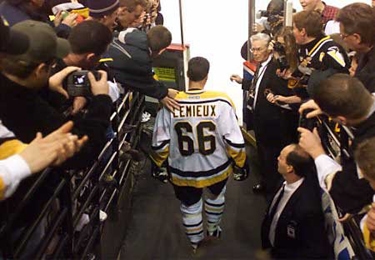 Jaromir Jagr is the second leading scorer in franchise history behind Mario Lemieux. (Photo courtesy of the Pittsburgh Penguins)

On October 13, 1998, Penguins ownership filed for bankruptcy protection. The team was in major financial trouble. They were in four rigorous court battles over the money they owed to creditors — one being with their franchise savior, Lemieux. The Pens owed Lemieux close to $30 million dollars at the time. Much of their debt stemmed from ownership signing players to huge contracts in the early 1990’s. They were not bringing in enough income to keep up with the money they owed to everyone.

As Lemieux may have saved the Pens’ franchise when he was drafted in 1984, Jagr may have saved the franchise by playing in the most important game in Penguins’ team history. The day was May 2nd, 1999 and the Pens were down 3-2 in their best-of-seven series against the New Jersey Devils in Game 6 of the Eastern Conference Quarter-Finals. The Pens were an eight seed while the Devils were the top seeded squad in the East. As if the Pens weren’t enough of an underdog, they lost Jagr in Game 1 when he pulled his groin.

[Related: What to Expect From Jaromir Jagr in the Eastern Conference Finals]

After missing games two through five, Jagr’s groin cooperated enough for him to play in Game 6. Jagr was not at full speed and playing at much less than one hundred percent. As the game came down to crunch time, the Pens spirits were pretty hopeless as the Devils were playing their textbook shutdown style protecting a 2-1 lead. After a barrage of chances, the Pens didn’t look as though they’d be able to beat Martin Brodeur. The Devils’ netminder robbed Jagr and the rest of the Pens’ continuously throughout the game.

With just over two minutes and change, Jagr came down on an innocent looking 2-on-2 with German Titov. After fumbling the puck just behind the goal line, Titov threw the biscuit in front where Jagr somehow found a hole through Brodeur to send Game 6 into overtime. Check out Jagr’s tying goal at 3:50 in the video below:

If the hobbled Jagr had not done enough for the Pens, he was determined in overtime to prove why he is the franchise leader in game-winning goals. After the Devils were sloppy with the puck near their defensive blue line and through the neutral zone, they coughed up the puck to Pens’ defenseman Ian Moran. He made a cross-ice pass to Martin Straka who maneuvered around Scott Niedermayer. Straka broke in on Brodeur and threw a back door pass in Jagr’s feet. Jagr was talented enough to one-time the pass in his feet and roof the puck past Brodeur. To see Jagr’s overtime goal, go to the 5 minute mark of the above video.

The Pens went onto win Game 7 in New Jersey 4-2. Jagr produced two assists in the decisive game. Although the Pens lost in the following round to the Toronto Maple Leafs, it was Jagr’s courageous effort in Game 6 that helped save the Pens’ franchise from possibly folding or moving to Kansas City.

Jagr explains how much the 1999 series against the Devils meant to him in an article written by Rich Chere of The Star-Ledger. “We were losing, 3-2, in the series and if we would lose in the first round I think the team would move to Kansas City because they had no money. We had to make the second round to get the (money for) the payments,” said Jagr.

If you still think poorly of Jagr, his quotes from Rich Chere’s article were given on May 6, 2012. Jagr was on the Flyers’ roster. If you don’t think the Penguins’ franchise isn’t near and dear to Jagr’s heart, you’re dead wrong.

“That was probably my best game ever, I would say. My most important for sure. I’ll probably never score a goal that important. Probably if I hadn’t scored, the team wouldn’t be in Pittsburgh right now. (Sidney) Crosby would be in Kansas City.” 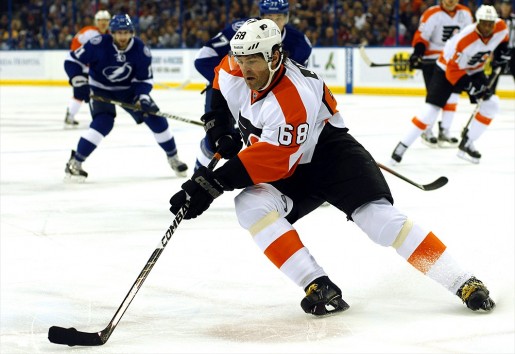 Jaromir Jagr may have played with a handful of different NHL clubs, but there’s no denying how much the Pittsburgh Penguins mean to him. (Cliff Welch/Icon SMI)

Jagr is the player to thank for making the Pens a little more money and giving them a little more time to figure out their financial problems. Jagr’s Game 6 heroics gave more time for Lemieux and business mogul Ron Burkle to put a plan in action to buy the team. Because Lemieux was owed the most money by the Pens, he and Burkle struck a deal with the NHL to claim ownership of the team later on down the road. If the Pens would’ve lost to the Devils in the first round of the playoffs, fans may not be enjoying the mesmerizing play of Sidney Crosby and Evgeni Malkin every season.

Jagr has played in 1,391 regular season games and 192 playoff games. Nearly 14 years later, Jagr admitted that his best game and biggest goal of his storied career took place in Game 6 of the 1999 Eastern Conference Quarter-Finals in a Pittsburgh Penguins’ uniform. For these reasons Pens’ fans, please show one of the greatest players this game has ever seen some respect the next time you watch him play.

Jagr missed a lot of games due to groin injuries throughout his illustrious career, but he overcame one groin injury in the 1999 Playoffs to boost the Penguins’ franchise to where it is today. If it weren’t for Jagr, Game 1 of the 2013 Eastern Conference Finals may be taking place in Kansas City, MO. 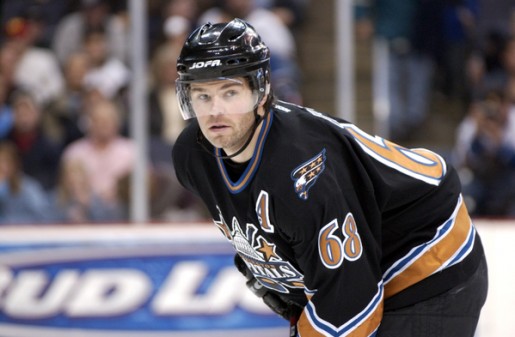 The Pittsburgh Penguins had to trade Jaromir Jagr in 2001 due to his lucrative contract. (Icon SMI)

When Jagr was traded to the Washington Capitals in 2001, this was a move the Penguins front office had to make to do what was financially in the best interest of the team. They were trying to keep the team from folding and moving out of Pittsburgh. They were hanging on by the skin of their teeth. Jagr had the most lucrative contract on the team and had to be taken off of the Penguins’ books to help turn the team’s finances in the right direction.