If the message to the Edmonton Oilers veterans wasn’t loud and clear already, it is now. After Thursday’s 4-2 loss to the Vancouver Canucks, Ken Hitchcock had this to say in his post-game media avail,

Some of the guys that have been around a while have a terrific opportunity and they outta take advantage because there’s going to be other younger guys that’ll take their spot.

I believe this was a direct shot at the players in the bottom six who are struggling massively to score a goal. Namely Milan Lucic, and to a lesser extent, Zack Kassian. Both wingers have a combined three goals on the year and that isn’t good enough for the amount of money they make.

In response to a question regarding the Oilers’ scoring depth, Hitchcock sang the praises of the two youngest players on the Oilers’ roster, Caleb Jones and Jesse Puljujarvi.

If we’re going to really grow, we’re going to need more participation. We are getting it from people that don’t show up on the score sheet. To me, Caleb Jones was outstanding today and he’s been outstanding since the day we got him. Jesse Puljujarvi has been a good player.

In five games Jones has one point and is -2. He also leads the team in even strength Corsi For, Fenwick For, and Shots For % with 58.2%, 57.1%, and 53.85% respectively. These statistics tell us that, when the young defender is on the ice, the puck is moving the other way. Even in such a small sample size, the arrows are pointing up.

In my opinion, the Texas-native has already passed Matt Benning, Kevin Gravel, Jason Garrison, Chris Wideman, and possibly Andrej Sekera on the Oilers’ depth chart. He can play both sides of the ice and he has a calm about him that makes me feel at ease when he is on the ice.

As for Puljujarvi, the Oilers head coach is absolutely right. Major contributions from Puljujarvi haven’t been found on the score sheet necessarily. In fact, if you go to Natural Stat Trick and look at his advanced analytics, his numbers are not great. Conversely, by using the eye test, we know that he’s making a big difference on the ice with his speed and long stick.

His ability to disrupt the opposition’s zone exits is among the best on the team. One good example of this is found in the video below where his efforts on the forecheck force a turnover that is converted into a goal for Ryan Nugent-Hopkins. 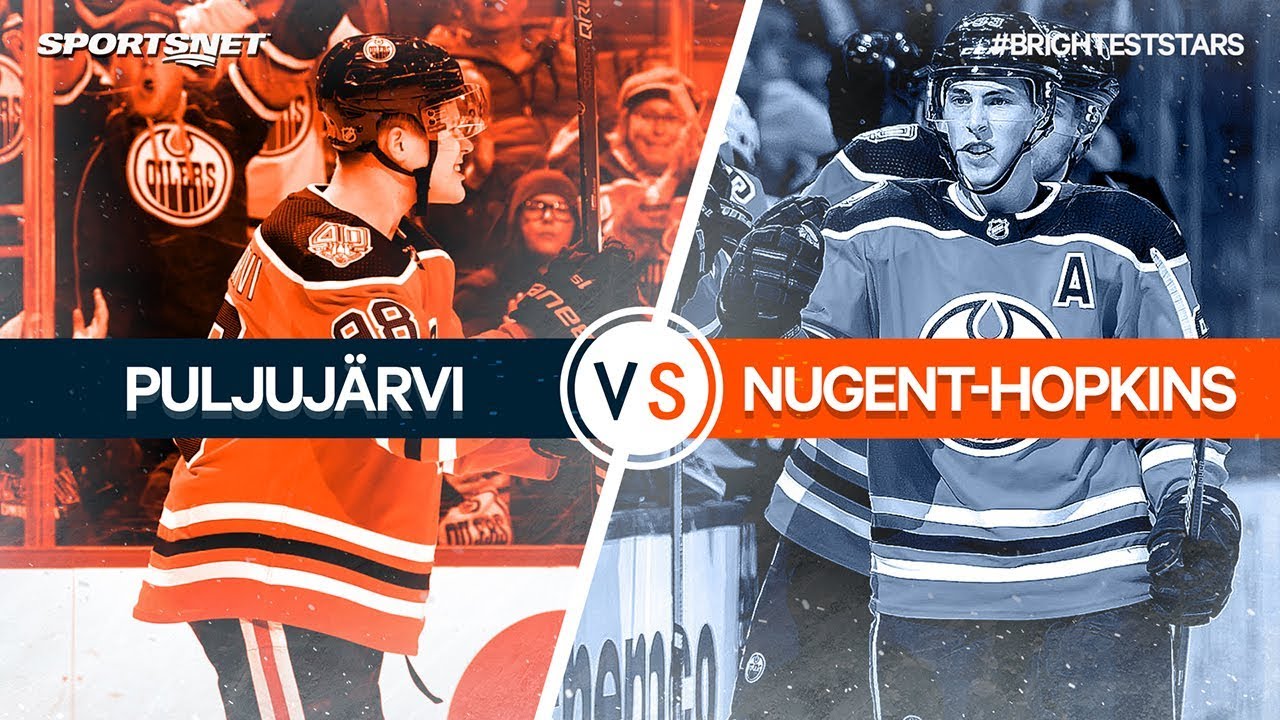 The recent hullabaloo on Oilers Twitter is that 2017 first round pick Kailer Yamamoto will be recalled.

Kailer Yamamoto scored again tonight, 3 goals last 2 GP as @Condors lost 3-2 in a SO to Colorado (AHL).
Based on lack of traction from some of Edmonton's support players, wouldn't be surprised if Yamamoto 4-3-7/10 GP in AHL returns to Edmonton in the New Year.

Where Would Yamamoto Fit In?

My only problem is that I don’t see where Yamamoto fits into the lineup. Hitchcock has spoken to how he likes the line of Jujhar Khaira (who will return from suspension in San Jose), Nugent-Hopkins, and Puljujarvi. A role in the top six seems unlikely but not impossible. He could slot into a familiar spot on the top line with McDavid and Leon Draisaitl if Alex Chiasson is deemed unable to play due to a lower-body injury sustained against Vancouver.

I see his opportunity lying in the bottom half of the forwards, where the Oilers are having the most trouble offensively. He’ll see a lower quality of competition there, and with his quickness and tenacity, it’s a better position for him to be put in to succeed.

At what point do the Oilers coaching staff and management staff finally come to the conclusion that Lucic isn’t helping the team anymore, and is actually hurting it? We’ve heard his coach talk about how he isn’t worried about the goals and the points, that he just wants the struggling winger to get back to basics and be a force on the ice. Recently, we’re hearing a bit of a different tune though.

If Lucic cannot find a way to make a positive contribution to the Oilers, why is he in the lineup? Perhaps it’s time for him to take an evening and watch from the press box.