He wasn’t expected to stay long. But, he gave the Edmonton Oilers enough to grant him an extended look out of training camp and eventually a trial in the NHL once he’d forced their hand. Simply too good not to be taken seriously as a candidate for NHL duty, Kailer Yamamoto is continuing to impress the Oilers coaching and management staff with his play, despite his size and contract status.

He’s playing big minutes, developing some early chemistry with captain Connor McDavid and he’s on a three-game point streak. He may be little, but what’s he’s providing isn’t small and he was a critical part of a game that saw the Oilers snap a losing skid in an overtime win on Thursday versus the Chicago Blackhawks.

Is it enough to keep him on the roster past his nine-day run that would see the Oilers burn a year off of his entry-level status?

Related: Oilers’ Yamamoto Ahead of Schedule

What’s interesting to note about Yamamoto is that he’s not only shown he can play in the NHL, he’s figuring out ways to get better. At first, he was keen to give up the puck to the stars and while there is still some of that in his game, he’s smart enough a hockey player to realize that shooting and crashing the net is often times the better option.

His shot totals have increased every game and on Thursday he put up eight against the Blackhawks. “I’m just getting a lot more comfortable and starting to get used to the pace a little,” said Yamamoto in a post-game interview on Thursday. 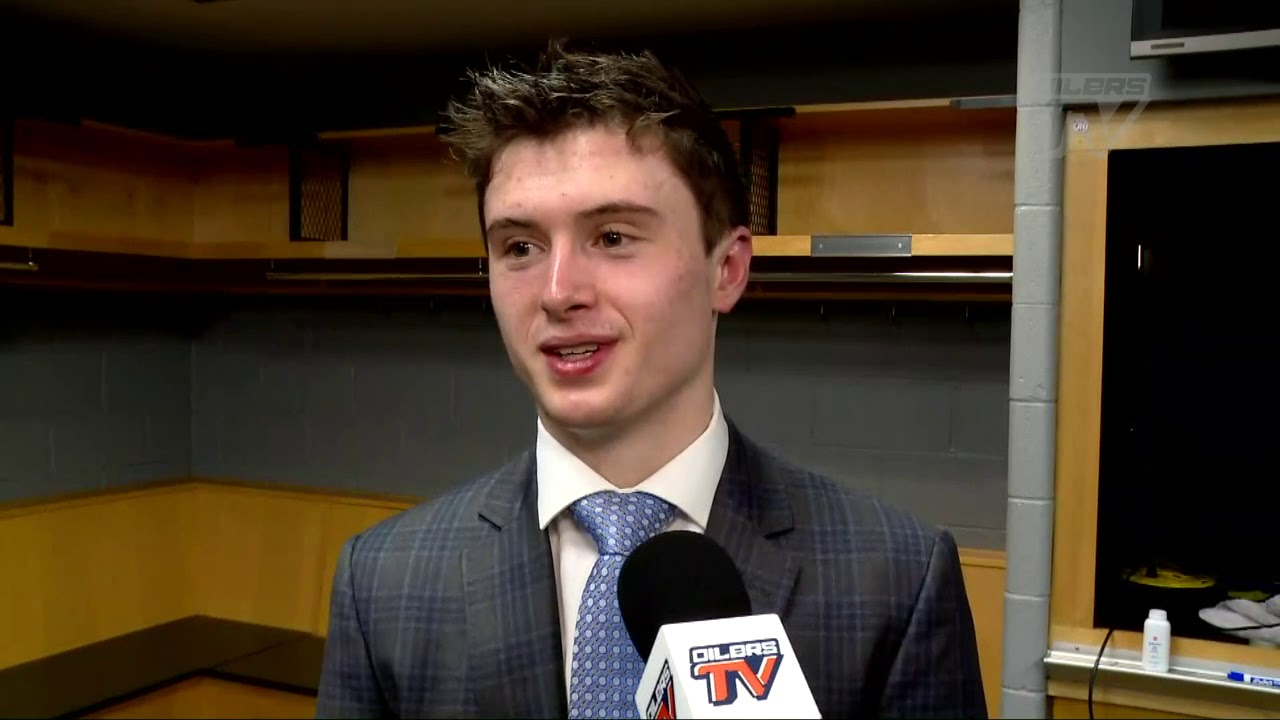 Eight shots is a lot per game and that can’t be expected to continue. That said, if he consistently makes the right play, chooses the best option and ensures he’s working hard to play with linemates like McDavid, those attempts will eventually cash in for him.

No Real Alternative Options for Oilers

Sometimes, it’s not always about how good a player is, but how poorly those around him are playing. Of the Oilers options at right wing, Yamamoto has been among the best and most productive. Leon Draisaitl is not far from a return to the lineup but, outside of Leon, the Oilers are thin.

Drake Caggiula has been injured, Zack Kassian has played well but undisciplined, Jesse Puljujarvi still needs some work in Bakersfield and the Oilers haven’t signed anyone else. Removing Yamamoto leaves a hole where there should be a proven scorer moving in.

McDavid is Getting Used to Him

The reality is, McDavid can play with almost anyone and his line will still be productive. That’s just how good McDavid is. With that in mind, there is tremendous value in having a consistent linemate for your star player and chemistry hasn’t always been the easiest thing to find in Edmonton.

McDavid likes what Yamamoto is bringing each and every game and that counts. When asked about what’s it’s been like to play with the youngster and help bring him along, McDavid explained that he can’t ask for much more than Yamamoto is giving.

He’s getting more and more comfortable. I know when I was playing with him in the pre-season, after every shift, he was asking a new question. As we go along, he’s asking fewer questions, he knows what he’s supposed to do now and that’s what you want. You just want him to go out and play his game. He’s a first-rounder for a reason. Everything he’s done has made him successful, that’s why he’s here. He has to play his own game.”

His coach is finding him useful too. Based on McLellan’s deployment of the rookie and the near 20 minutes per night in ice time, the coach clearly sees value in what Yamamoto is offering. His speed, determination, and desire are assets any coach would value. All these things are making it difficult to suggest Yamamoto’s’ time in Edmonton will be short-lived.

Some will suggest this is terrible asset management and that the Oilers should have never put themselves in the position to have to choose production over a contract. Others will suggest if the kid has earned it, he’s earned it.

I prefer to see it as a potential long-term issue for the team that can be worked around but an immediate need that the Oilers can’t ignore. Remember, it’s really only “burning” a year off his entry-level deal if he doesn’t play consistently well. If he’s a good player and stays a good player, the contract isn’t an issue.