When the NHL awarded Bill Foley an expansion franchise, the only thing we knew about them is that they would play in Las Vegas. The team had no players, no coaches, no trainers or staff of any kind. But most importantly, the team had no name.

A team name defines your franchise. It connects the fan base and gives them something to cheer for. It shows up on t-shirts and hats. Fans create chants with the name to motivate their home team. A name often references something in the community, something the area is known for or loves.

Foley named his team the Vegas Golden Knights because Nevada is the number one producer of gold in the country. The last NHL team that was renamed was the Winnipeg Jets when they moved from Atlanta. The name Jets was based on the city’s rich history with the Canadian Air Force. 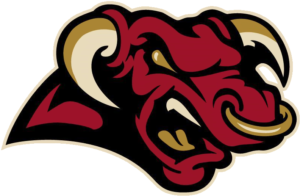 The Minotauros play in the North American Hockey League and have since 2011.

Knowing that it’s a newer franchise, who decided that the mythical ‘minotauros’ was relevant these days? If they were going mythical AND relatable, maybe ‘vampires’ or ‘werewolves’ would have been the best route.

I get the connection between the town and the name (MINOTauros) but it seems like it’s a little too clever. 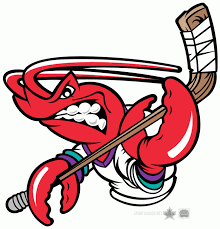 From 1997 until 2011, the Bossier-Shreveport Mudbugs played in the NAHL. In 2016, the area had a chance to bring back a franchise. They kept the same name.

The name makes sense. Mudbugs are also known as crayfish, a very popular dish in the region. So popular, there is an entire festival named after them. It doesn’t make the name any less ridiculous.

Also, I have some concerns with the logo. How is the mudbug on the logo holding a hockey stick? Would his claws not just snap it in half? Why is the tape uneven? How did they get a jersey on him?

The name doesn’t affect the team though. They finished the season 35-19-6, good for sixth in the NAHL. 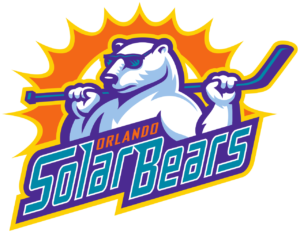 The first of three teams from the East Coast Hockey League, the Orlando Solar Bears are a pretty good hockey team. They finished the past season with 36 wins and have made the playoffs three of their five years. They also do stuff like this.

The name is bizarre though. Who thought of ‘solar bear’? Names are often local and relevant but this one isn’t either of those things. In fact, it’s not even a real animal. The logo is based on a polar bear, common in the Arctic areas of Canada. 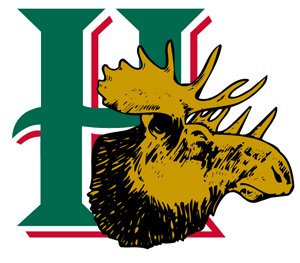 The Halifax Mooseheads have been one of the best Quebec Major Junior Hockey league teams over the past few years. They won the Memorial Cup in 2013 and have developed current NHL stars like Jonathan Drouin, Nikolaj Ehlers, Nathan MacKinnon, Brad Marchand, Jakub Voracek and Alex Tanguay.

Does the team realize they are promoting hunting with the name though? It’s not just a moose, but a moose head. It was named after Moosehead Brewery, which is fair.

Also, have you ever seen a moose? They are terrifying and ugly, not exactly the picture you want to set up for your team. 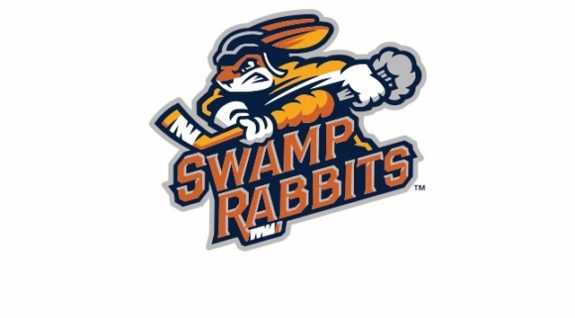 Our second ECHL team is the Greenville Swamp Rabbits. The franchise has actually been around for years, dating back to the Johnstown Chiefs. If that sounds familiar, it’s because the movie Slap Shot was filmed in Johnstown and featured a team called the Charlestown Chiefs.

The Chiefs played until 2010 before relocating to Greenville and becoming the Greenville Road Warriors (also worthy of a spot on the list of funniest names). Finally, they became the Swamp Rabbits in 2015.

The Swamp Rabbits was the local name of the Greenville and Northern railway which was later converted to the Swamp Rabbit Trail. Full marks for connecting to something local!

If you’re wondering, the swamp rabbit is an actual animal. It’s native to the area and likes to swim in water. However, its actual appearance isn’t nearly as menacing as the logo would have you believe. In fact, it’s just a large cottontail rabbit that is found in swamps.

Fun fact: Greenville had an ECHL team before the Swamp Rabbits. It was called the Greenville Grrrowl. No, that isn’t a spelling mistake. 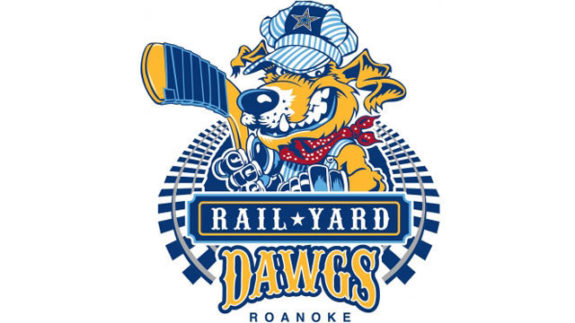 Rob Macdougall, a Canadian artist who designed the logo, said “. . . a Rail Yard Dawg, it’s like a junkyard dog. He’s got to be a nasty little so-and-so. I decided to do a nasty dog. How I work, I just start with a feeling and then I build on it.” [The Roanoke Times]

That’s a pretty funny quote for a pretty funny team. There doesn’t seem to be a particular reason for the name and there no reason at all for the ‘w’ in Dawgs.

The team was not great this season, finishing second last in the Southern Professional Hockey League. They should get better though, considering the owner of the team, Bob McGinn, has three hockey-playing sons; Jamie McGinn, Brock McGinn, and Tye McGinn. 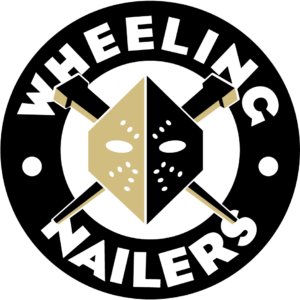 Our last ECHL team takes the top spot for its absurd name. The Wheeling Nailers have been around since 1981, making them the oldest surviving minor league franchise below the level of the American Hockey League.

From their start until 1981, they were the Thunderbirds, but in various locations, from Winston-Salem to Carolina. In 1992, they moved to Wheeling, West Virginia, where they maintained the name Thunderbirds.

In 1996, however, the franchise held a naming contest. Based on the city’s long history of nail manufacturing, the team was named the Nailers. So since 1996, fans have cheered for the Wheeling Nailers.

And the fans have been able to cheer. The team has two regular season titles and has made it to the Kelly Cup final twice, most recently in 2016, losing both times.

Current NHL players Scott Darling, Tom Kuhnhackl and Mark Letestu have been able to call themselves ‘Nailers’ at one point, while NHL head coach Peter Laviolette spent a year behind the bench for them.

Writers note: If I would write down the funniest names in all of the hockey, including past teams AND beer league teams, plus translated names from leagues overseas, my family probably wouldn’t see me again for three years. That’s why we have focused on current teams within North America.

However, the El Paso Cow Pattys deserve a mention. The team was actually called the El Paso Buzzards, but for a few games, needing the extra publicity, the team was named Cow Pattys. They wore jerseys and everything. Google it. You won’t be disappointed.