The Arizona Coyotes received some unfortunate news last week as forward Tobias Rieder suffered an injury during the 2016 IIHF World Championship. The injury kept Rieder from playing for Team Germany in their quarterfinal loss to Team Russia on Thursday. However, the German forward should be healthy again when the Coyotes return in the fall. The Coyotes were too familiar with the injury bug this season as it knocked out some key players for a part of the year. Here is a look at some of the names on Arizona’s roster that have dealt with injury problems in 2015-16.

The most notable injury on the list is to defenseman Michael Stone. Stone required surgery to repair his knee after falling awkwardly in a game on March 26 against the Philadelphia Flyers. The Winnipeg native is currently in the middle of an estimated six-month rehab, which means he might be able to return in time for the start of the 2016-17 NHL season. 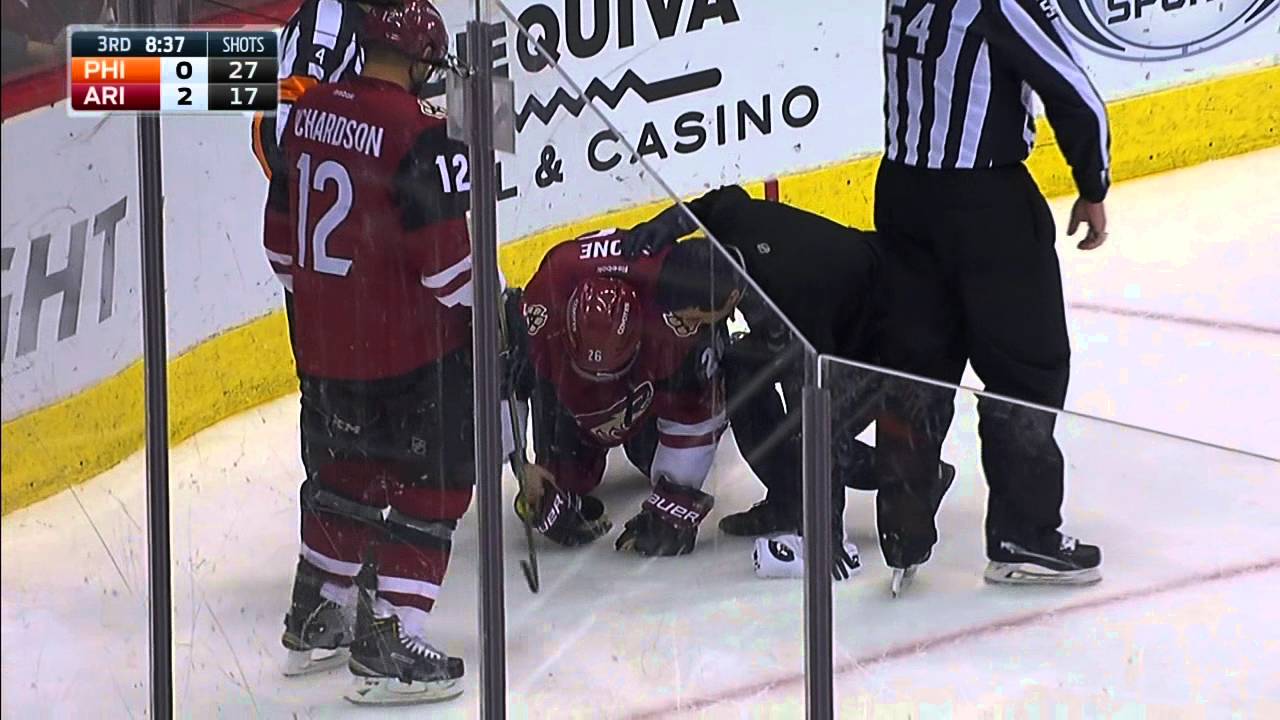 It was a tough way for Stone’s season to end as the young defenseman had put together an impressive year with the Coyotes. His 30 assists placed him third on the team behind Oliver Ekman-Larsson and Max Domi. Stone has developed into a valuable piece of Arizona’s defenseman group, along with Ekman-Larsson and Connor Murphy. The Coyotes hope that Stone will continue to trend upward once he returns to the ice.

Another Coyote who was on the rise before an injury this season was Mike Smith. After a disastrous 2014-15 campaign, Smith started the 2015-16 season strong with a 10-5-1 record through the first two months. However, after the Coyotes finished a winless five-game road trip to begin December, Smith required core muscle surgery that kept him out of the lineup for three months. It was a tough break for the Coyotes at the time, although the silver lining is that it allowed Louis Domingue to step in and prove that he is a capable goaltender in Smith’s absence.

Smith returned in style on March 10 with a 44-save shutout of the Edmonton Oilers. He posted a 5-4-1 record after returning from injury with a 1.81 GAA and a .944 save percentage. Overall, Smith looked more like the goaltender that carried the Coyotes to their deep postseason run four years ago. If he can continue this run into next season and avoid any further injuries, Arizona could get the boost they need to get back into the playoffs.

Martin Hanzal’s career in the desert has been riddled with injuries and this season was no different. Hanzal has now played 65 or fewer games in five consecutive 82-game seasons after only skating in 64 this year. The Czech forward had a strong start to this year, racking up seven assists in Arizona’s first four games and 10 assists in the first month. Although Hanzal missed almost a quarter of the season, he did finish the year with career highs in assists (28) and points (41). Hanzal is an unrestricted free agent after next season, so it will be vital for him to remain healthy in order to continue producing and earn his next contract.

Charles Woodall-Pike is a journalist who writes about the Arizona Coyotes for The Hockey Writers.