The season couldn’t have started any better for Ivan Lodnia. Fresh off a silver medal at the Ivan Hlinka, Lodnia appeared ready to take the next step in his draft season with the Erie Otters.

Then suddenly, there wasn’t much of a defined role for Lodnia. He found himself all over the lineup. One night, he’d play on the top line. The next night, he was on the bottom six. Before Dylan Strome returned to Erie, the Otters asked Lodnia to play in several different situations. As a result, he wasn’t one of their main go-to guys.

Then as the season wore on and pieces started falling into place, Lodnia found his role. Once he started to find his groove, Lodnia put together a nice season for the Otters, scoring 24 goals and 57 points in 66 games. He primarily plays on the Otters’ third line. This is the result of adding Warren Foegele and Anthony Cirelli to an already deep roster.

Lodnia’s role on the third line is to shut down the opponent’s top line. His line with overager Kyle Pettit and Patrick Fellows have had to defend against the top lines of both the London Knights and Owen Sound Attack. This has helped develop Lodnia’s overall game. Although he has just two goals in 16 playoff games, he’s doing the little things to help his team succeed. He hasn’t been asked to score every night.

Just watch him on tape though. Every time he touches the puck on the rush, it feels like he’s going to do something amazing. He reads plays well and is not afraid to drive the net. He’s better offensively than what we’ve seen in these playoffs. His role has limited his production. When his opportunity comes in a bigger role, his offensive numbers will return to form.

Lodnia likely goes on day two of the draft. I have him as a late second-round pick although I’ve contemplated putting him much higher given his overall skill set. Scouts and others point to his “lack” of production in the playoffs. Don’t let that fool you. Usage is a big reason for the drop off. He’s actually become a more complete player as a result. If he starts tumbling down the board, smart teams will jump on the opportunity to draft him.

“Another short, but not small player at 5-10. Lodnia has plenty of hockey strength and has shown his offensive ability consistently this season. While his offensive production is not at the top of the league, he brings the same compete level every time I see him. Scouts will like that.” –Peter Harling, Dobber Prospects

“Lodnia is a very well rounded offensive player. Even though he’s on the smaller side, I love his intensity in the offensive end. Makes a lot of plays within 5 feet of the crease. Also think he has high hockey sense and does well moving without the puck. That said, my concern is that he’s an undersized scorer who isn’t the world’s greatest skater. He’s not explosive, nor does he possess high end speed. Worth noting that he’s hit a growth spurt and as such may be lacking in strength, but I do wonder if he’s a Dante Salituro type of player who armchair scouts like a lot more than actual ones.” – Brock Otten, OHL Prospects

Lodnia projects as a middle-six winger at the next level who can score you 10-15 goals a season if put in the right situation. At this point in his career, he is a little dependent upon his linemates. But anytime he’s played with others with similar skill sets, he’s consistently produced. If he continues to add size and strength, he could find himself in a top-six role.

Ivan Lodnia has excelled on the big stage. He played at the Ivan Hlinka tournament this past season and looked good. He scored three goals in four games helping the United States earn a silver medal. He played in the USA Hockey All-American Prospects game in Philadelphia and scored as well. 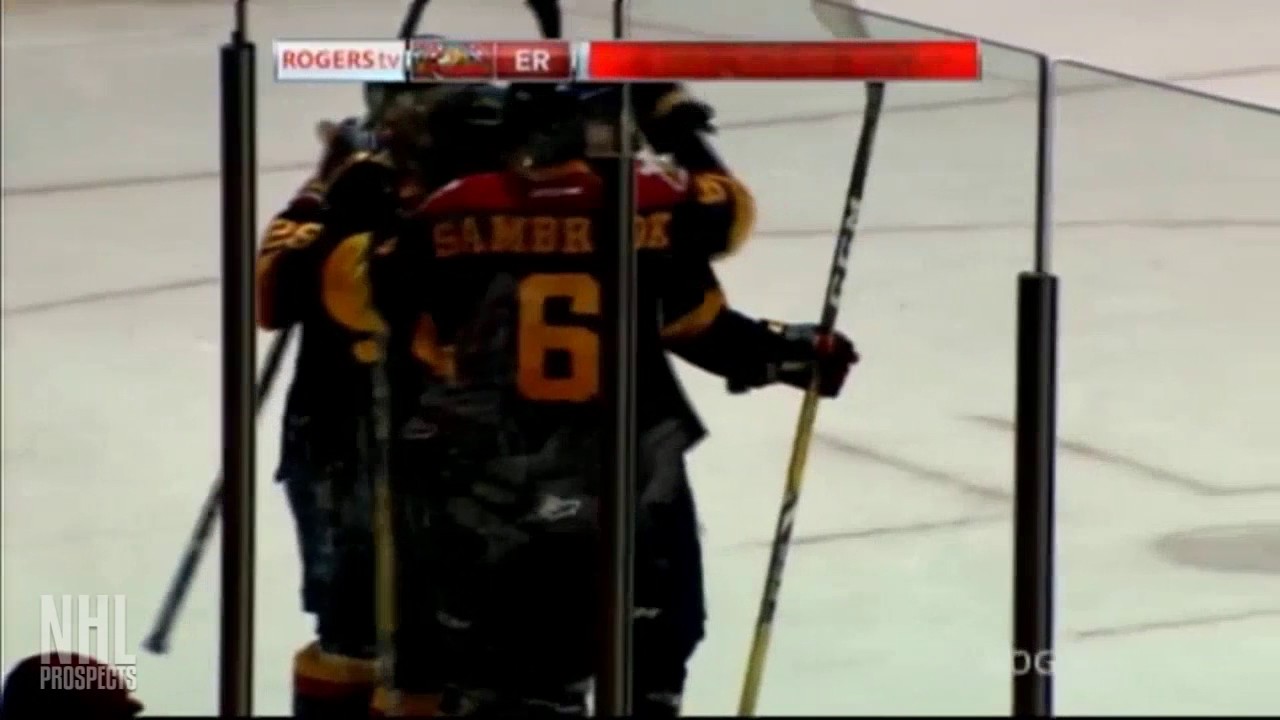