Jacob Paquette came into this OHL season with high hopes. Coming off a rookie season that saw him put up 3-10-13, +24 in 56 games, many expected him to take the next step in his development.

But thanks to a broken hand, Paquette missed the first few weeks of the season. The injury cost him nine games. Then he had to endure the challenge of coming back and getting himself into game shape. You have to wonder if the injury did affect his performance this season, especially early on.

Paquette scored just once in his 59 games while adding nine assists. He played on a team that scored the second-fewest goals in the CHL. Perhaps that’s part of the reason for his lack of offense, but scouts expected more from him in that department.

Despite his offensive struggles, Paquette was in Buffalo for the NHL Combine. A handful of teams wanted to talk to him. Teams took notice of his defensive game. He’s your prototypical shutdown defender who is hard to beat one-on-one. He can also play in almost every situation and find success. Whether it’s breaking up a pass or blocking a shot, Paquette’s defensive awareness is one of the best in this draft.

Injury prevented him from playing at the Ivan Hlinka Tournament. He did play at the CHL/NHL Top Prospects Game where he recorded an assist and showed his shutdown capabilities. Some considered him a top prospect coming into the season. Given the circumstances, he looks like one of the better day two options available.

Teams can draft Paquette between the fourth and sixth round. He’s one of the few later-round picks that has the tools that can project to the next level. I have him just inside my top-100, an early fourth-round pick.

“He’s a big defenceman who protects his blue-line. He’s difficult to beat one-on-one off the rush using his smarts, active stick, positioning and ability to close gaps quickly, not to mention a “have no fear mentality” to the physical game. And he can eat up big minutes. He plays calm under pressure and is very good when the opposition is on the forecheck.” – Dominic Tiano

“Paquette had a very impressive rookie season last year and is coming off an early season injury that cost him a shot at the Ivan Hlinka tournament. Paquette is a smart defender who reads and reacts well to situations and always seems to be in the right position, blocking shots and shooting lanes with an active stick. He is a very calming player, even under duress and when the other team is applying pressure.” – Peter Harling

Paquette projects as a bottom-four defenseman whose primary role is to shut you down. If his offense catches up with his defense, then we could be talking consistent top-four with upside.

Jacob Paquette won back-to-back championships in minor bantam and bantam for the Ottawa Jr. 67’s. He was the 31st player taken in the 2015 OHL Priority Selection. 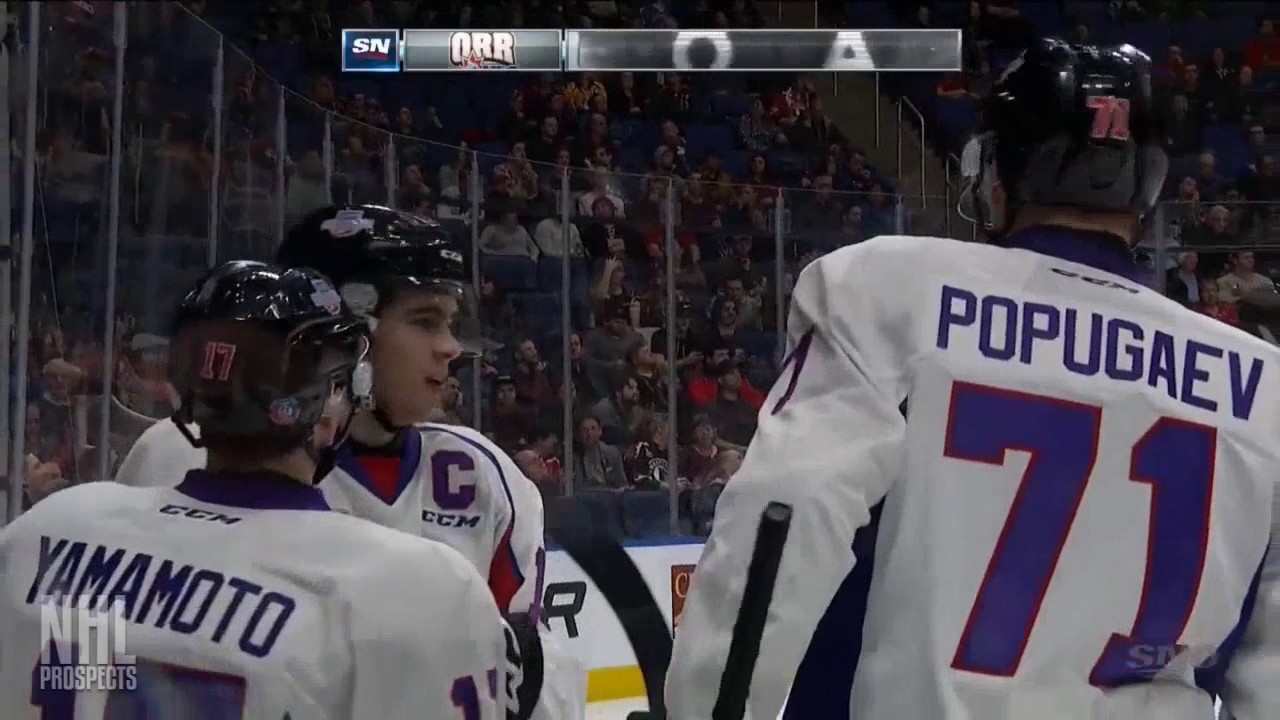 *Paquette credited with a secondary assist on this goal. He had breakout pass to Nico Hischier that started the rush.