At 18 years of age, Jesper Boqvist has made an early splash in Sweden. It happens that he’s referred to as the possible next big thing to come out of Brynäs – after NHL’ers Nicklas Backstrom, Jakob Silfverberg, and Elias Lindholm – but he still has a long way to go. That being said, the right tools are there.

Boqvist is fearless, skilled with the puck, quick, and has a high level of hockey IQ. And the kid can score too. Just look at his numbers of 58 points (23+35) in 38 games in junior league SuperElit from the 2015-16 season.

Although, during the 2016-17 season, Boqvist seemingly had some struggles. He took the big step up to the seniors, playing 16 Swedish Hockey League games for Brynäs. After scoring zero goals, the center – also functional as a winger – was sent to Timrå IK in the second division, where he redeemed himself a bit with 12 points in 19 games.

While he still has some growing up to do, not the least physically, Boqvist is a raw material talent. It will be incredibly interesting to see his progress next season, as he could look to leave Brynäs and join a new team in SHL. Chances are that he prove to be a real catch in this year’s NHL draft.

Jesper Boqvist could be one of the most underrated top prospects going into the 2017 NHL draft, which can be explained by his still pending breakthrough in the game against men. Even though most prospect rankings point him in different directions, my guess is that Boqvist gets picked somewhere around the middle of the second round.

“He’s kind of like a panther in the way he moves on the ice.” – Stefan Bengtzen, GM, Brynäs

If Boqvist reaches up to his potential, there’s no doubt in my mind that he has it in him to be a solid top-nine forward in the NHL. His skills are there, and so is his work ethics. Also, I can imagine him being an important asset for special teams and power play, being a plague for the opponents in front of the net.

Recent years, Boqvist has ended up as the scoring leader on U16, U18 and U20 level in Sweden. Other than that, he was on the team that landed the silver medal in SHL during the 2016-17 season. Boqvist scored one goal in ten games in the post-season but will have to wait for a more prominent role – and perhaps even a goal medal – in the future. 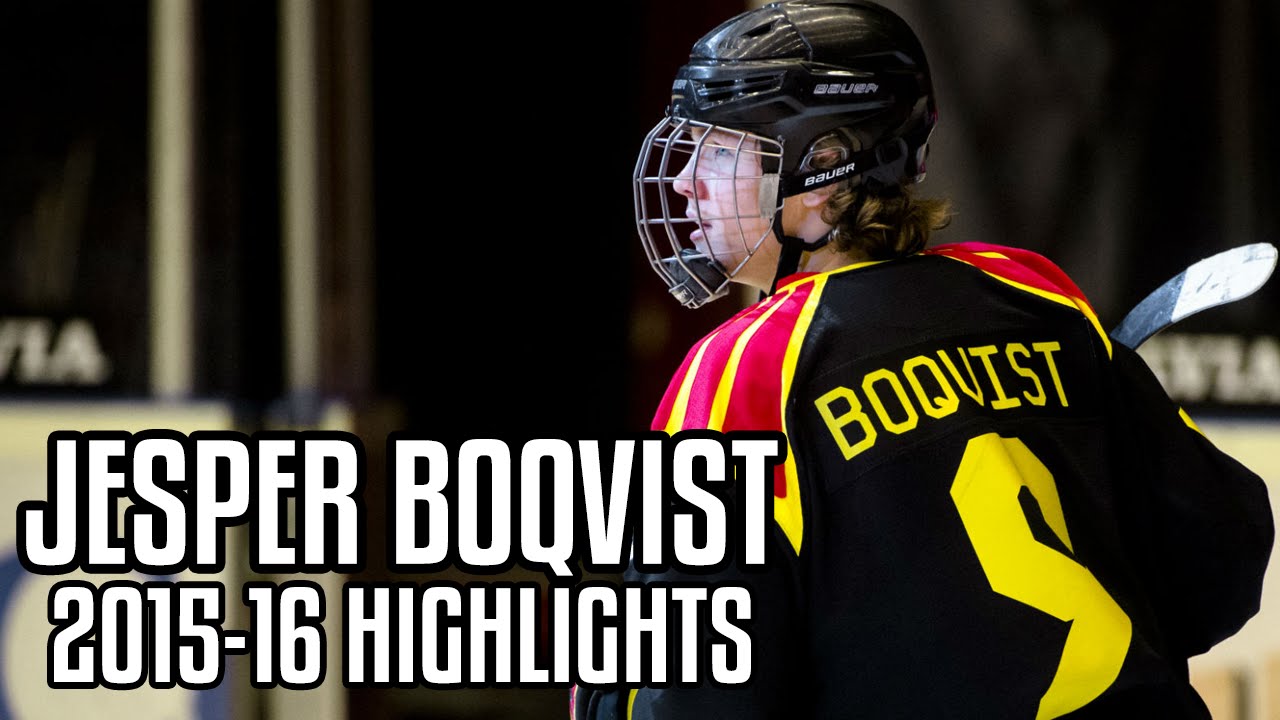