Skip to content
According to TSN’s Bob McKenzie, the first choice of the Leafs’ President Brendan Shanahan to be the next GM is Rob Blake.

Yesterday, while talking on TSN radio, McKenzie suggested that Shanahan would prefer to bring Rob Blake in as GM of the Leafs but does not think Rob Blake would move from California to Toronto.

I don’t know about this! Rob Blake has zero experience as an NHL GM.  That isn’t the part that bugs me though. I am all for giving people their first chance at anything and  I think experience is usually a bit overrated – give me a guy who is analytical and intelligent and creative and willing to learn and I think he’d be excellent as a GM. But is Rob Blake those things? Beats me.

My only problem with the idea is that Rob Blake  is just another ex-NHL player. The qualities of being a being a good manager are much different from being a professional athlete and I think it’s a mistake to automatically hire ex-players into these types of roles.

That being said, Shanahan (an ex-player, obviously) won me over by coming across as a guy who listens to people, thinks critically and who isn’t beholden to conventional thinking. His introductory press conference accomplished this a little – especially his dismissing of the whole leadership/character narrative (paraphrasing, but he said something like ‘those things tend to work themselves out when the team is winning’) and then again when he hired Kyle Dubas – a smart, young hockey executive as his assistant GM. 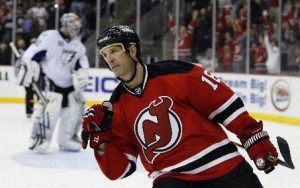 Perhaps Rob Blake is a good choice for the Leafs next GM, but I just hate the tendency to go automatically to ex-players. If they are going to go with a guy who has no experience, why not just give the job to Dubas instead?

And if it has to go to an ex-player, why not Mark Hunter – who’s also already here?

The bottom line is this: Firing Nonis today would make me very happy. Maybe David Clarkson could drive him to the airport?

For the record, I am also available for the job.