The Minnesota Wild have secured a spot in the postseason for the fourth consecutive year in a row. It’s probably safe to say not many people thought that would be the case a few months ago.

Despite a rollercoaster season, this team managed to work its way into the final Wild Card spot in the Western Conference and is slated to face the Dallas Stars later this week. Before all the playoff action starts, however, take a look back on Minnesota’s wild season:

Stars win the Central. Wild will open the First Round against Dallas, fourth different opponent for MIN in 4 years. https://t.co/Skb3uM1xbw

The 2015-16 season has, without a doubt, been one of the strangest Minnesota Wild seasons I’ve seen in a long time.

The Wild started out the season strong, with a roster that looked like it had great potential. The team went 7-2-2 in October, beating some tough opponents like the Chicago Blackhawks early on. Then in typical Minnesota fashion, the Wild struggled in November, winning only four of its 11 games. 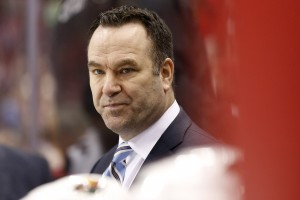 December saw Minnesota bounce back before the team’s massive decline in mid-January and February. At this point the team had all but given up, and Mike Yeo was fired and replaced by John Torchetti. After that, the Wild did the impossible and found a way to win enough games to secure a spot the postseason.

And now Minnesota is here, somehow, in a playoff spot, despite all of these ups and downs.

A Season of Inconsistency

Throughout the past six months of regular season hockey, this team has shown flashes of brilliance, talent and potential. It’s also managed to play like the worst team in the league many nights. All teams have slumps and peaks, but Minnesota is by far the most bipolar team in the National Hockey League.

All season long, this team would turn it on for a handful of games and then seemingly lose the ability to comprehend how to play hockey for three or four games. And then the pattern would repeat itself. They dominated the Chicago Blackhawks 6-1 in the Stadium Series, then only managed to score one goal against the Edmonton Oilers a week later. They scored six against the Colorado Avalanche and looked like a team with energy and motivation, only to fall apart and lose 7-4 a few games later against the New Jersey Devils.

Even after John Torchetti replaced Mike Yeo, the streakiness problem was not solved. It almost seemed to intensify.

After the coaching change, the Wild won its first four games in dominant fashion, scoring five or more goals in each game. Then Minnesota lost three; they won six in a row, lost five in a row, etc. While this 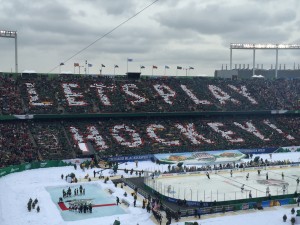 team’s season-long inconsistency certainly has been annoying, to say the least, it’s demonstrated something important: this team has so much skill, potential, young talent and ability to play phenomenal hockey against some of the best teams in the league. The only problem is that the players only do that when they want to.

If this team could keep up the passion and motivation we all know it has, the Wild could be a serious threat. Yes, I know everyone says that at the beginning of every season, but it’s true. Minnesota’s biggest problem might not be the talent of the group of players on the ice, but their attitudes. When this team is hot, and they come to play, they’re unstoppable. Unfortunately, that kind of play is unpredictable.

That being said, although Dallas is an incredibly talented team, the Wild cannot be counted out yet. If this team decides it wants to make a run, it’s not impossible for Minnesota to play some great hockey in the first round. If this past season has shown Wild fans anything, it’s that this team can play when it wants to.

The 2015-16 regular season was chaotic. This team looked great at times, and terrible at times. It lost a coach, played an outdoor game, swept the Chicago Blackhawks in the season series, and found a way into the playoffs for the fourth year in a row. It might not have been the smoothest ride, but overall, Minnesota fans should be proud of this team. Sure, they backed into the playoffs and gave up on their coach halfway through the season, but they made it to the postseason despite all that. Isn’t that the ultimate goal?

This past year likely didn’t go the way the Minnesota Wild planned. It was crazy and maddening and exciting. And now it’s continuing into the postseason, where the past six months really don’t matter, but only the next seven games against the Dallas Stars do.