The Toronto Maple Leafs have themselves a delicate situation that needs to be handled with extreme caution entering the 2018-19 season. Not since trading away Dion Phaneuf in 2016 have the Maple Leafs had a captain. And rightfully so.

For starters, the Leafs signed a superstar in John Tavares to an extremely lucrative deal. He comes to the Buds’ after captaining the New York Islanders for five seasons, so it’s certain that he understands what it takes to lead a franchise. However, since Auston Matthews was drafted in 2016, he’s been dubbed the face of the franchise, and after his first season culminated in winning the Calder Trophy, the path to the “C” was supposedly straightforward. So which player is better suited for captaincy? And is a decision really necessary this season? 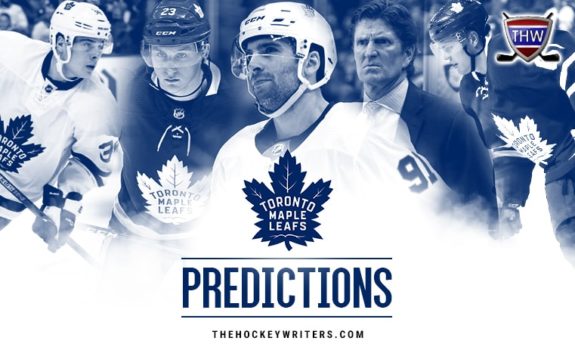 Presenting the Case for John Tavares

John Tavares is home. That we know. The Mississauga native sent shockwaves throughout the NHL when he decided to leave Long Island and trade in the blue and orange jersey of the Islanders for the blue and white of the Maple Leafs. Tavares was named the 14th captain of the Islanders franchise in 2013, just four years after entering the league. Tavares would go on to lead the Islanders to three playoff births with the only series win coming in the 2015-16 season when they beat Florida in the opening round.

Individually, since being named captain in 2013, Tavares led his team in scoring for three straight years between 2014 and 2017. In his first year of captaincy, he finished second on the team in scoring with 66 points, three points back of Kyle Okposo who played 12 more games. Last season, Tavares finished one point behind Mathew Barzal for top honors, but scored 15 more goals than the rookie-sensation.

So what does Tavares bring to the table?

You don’t become that type of professional by not having an extremely hard work ethic and a constant desire to get better. At 28, Tavares will also be one of the elder statesmen of the talented squad, so one could argue that his leadership would be well-received and it would create an atmosphere that would force the younger players to work just as hard he does, if not harder. Tavares has received a vote of confidence from former Leaf great Rick Vaive, who says he would “give Tavares the “C” ASAP.”

Presenting the Case for Auston Matthews

When the Maple Leafs drafted Matthews with the first overall pick in the 2016 NHL Entry Draft, the entire city of Toronto was elated and anxious to see what kind of player the Scottsdale, Arizona native would become. A four-goal NHL debut and two trips to the postseason later, Matthews has lived up to the billing early on and I believe that his time spent playing against professionals as a teenager in Switzerland is a direct link to his early NHL success. There’s no mistaking the talent level Matthews possess, but few people outside the organization give him credit for his poise and demeanor.

In order to lead a group of men, one must have the poise required to lead by example. Matthews has proven himself calm and cool under pressure and his work ethic is second to none in the organization. If Matthews were to don the “C” for the upcoming 2018-19 season, I would have no problem with that and I’m sure the rest of Leafs Nation embrace it. Matthews has the admiration of his peers and has said all the right things regarding not only the captaincy, but his looming contract negotiations.

However, entering just his third full NHL season, it’s tough to justify putting that much pressure on such a young kid. If Matthews was named captain prior to turning 21 on Sept. 17, he would be the sixth-youngest captain in league history behind players like Brian Bellows (19 years, 131 days), Connor McDavid (19 years, 266 days), Gabriel Landeskog (19 years, 286 days), Sidney Crosby (19 years, 297 days), Vincent Lecavalier (19 years, 315 days), and Jonathan Toews (20 years, 80 days).

If we were to compare the stats of Matthews and Tavares from their rookie and sophomore campaigns to get a better idea of how Matthews stacks up against a player like Tavares, you’d find that Matthews has the better numbers over the first two years. Matthews has racked up 74 goals and 132 points in 144 games compared to Tavares’ 54 goals and 121 points in 161 games.

Will Tavares or Matthews Make the Better Captain?

Generally speaking, when former captain Mats Sundin spoke, people listened. And his latest comments did not fall on deaf ears. Sundin is on record of saying that Matthews shouldn’t be given the “C” only because he’s the face of the franchise. Instead, the 22nd captain of the Leafs should be someone who leads by example both on and off the ice and treats every single soul in the organization with the utmost respect whether that be the equipment manager, the training staff, or the parking attendant. He should also be the hardest-working player in the organization and have a persona that can galvanize the team throughout the season.

If you take those comments in a literal sense, it would appear that Tavares may have the inside track to captaincy. The experience he gained leading the Islanders is invaluable and he checks all the boxes in terms of leading by example and being a true professional.

However, what’s the rush to name a captain? Why not continue the trend of playing with three alternate captains and letting Tavares or Matthews play without that added pressure for one full season? Toronto is the center of the hockey universe and the last thing these players need is a distraction over a letter made out of cloth. Let the media debate about it all they want, but when the time comes to name a captain, the Leafs’ franchise cannot go wrong with Tavares or Matthews leading the way.

Hey. I’m Chris. I currently reside in Toronto. Sports – hockey in particular – have played an integral part in my life and I’m excited to be able to put my writing talents to use and write about the sport I love most. Leafs Nation stand up!