Just like last summer the New Jersey Devils got left behind in free agency for a player who wanted to go back to his hometown; last year it was Zach Parise leaving for the Minnesota Wild, this year it was David Clarkson leaving for the Toronto Maple Leafs. But unlike last summer Devils GM Lou Lamoriello was prepared for this scenario and wasn’t about to sit around and wait for Clarkson to leave him waiting at the altar.

Lou Lamoriello on losing Clarkson: "I turned the page on draft day. We made what we thought was a substantial offer. We go forward."

In fact, this process began after the lockout ended when he re-signed Travis Zajac to a long-term deal, assuring Devils fans that no. 19 would be wearing the red and black for 8 more seasons. And it also assured that he wouldn’t sign with his hometown team — the Winnipeg Jets.

I wrote about Zajac’s signing back in January for the Hockey Writers, which you can read here:

Zajac’s Deal With the Devils

So just whom exactly did the Devils bring to New Jersey this past week to reload for the 2013-14 season? Let’s take a look at the newest players that will try to help the Devils capture their fourth Stanley Cup:

The Devils made one of the biggest splashes at the NHL Draft, trading their first round pick (9th overall) to the Vancouver Canucks for 27-year-old goaltender Cory Schneider. Everyone in the Prudential Center stopped their obnoxious booing of commissioner Gary Bettman when he said: “We have a trade to announce; I think you’re going to want to hear this…”

The building was in shock (I was there and shocked also), but the reality was that the Devils had likely just acquired the heir-apparent to Martin Brodeur as well as their goaltender of the future. It was just a season ago that the Canucks believed so much in Schneider that they signed him to an extension and were trying to unload Roberto Luongo and his ridiculous contract. Instead, in what became a worst-case scenario, they were unable to find any takers and were left with two no. 1 goalies after the 2012 trade deadline and for the lockout-shortened season. If anyone tells you they knew Schneider was the one who would be traded, don’t believe it because just looking at the deal tells you that Vancouver panicked and didn’t want that same scenario to play out again. The worst kept secret in the NHL was that Luongo was on the trading block and the Canucks were ready to build around the younger Schneider.

A nice compilation of saves from the new Devils netminder: 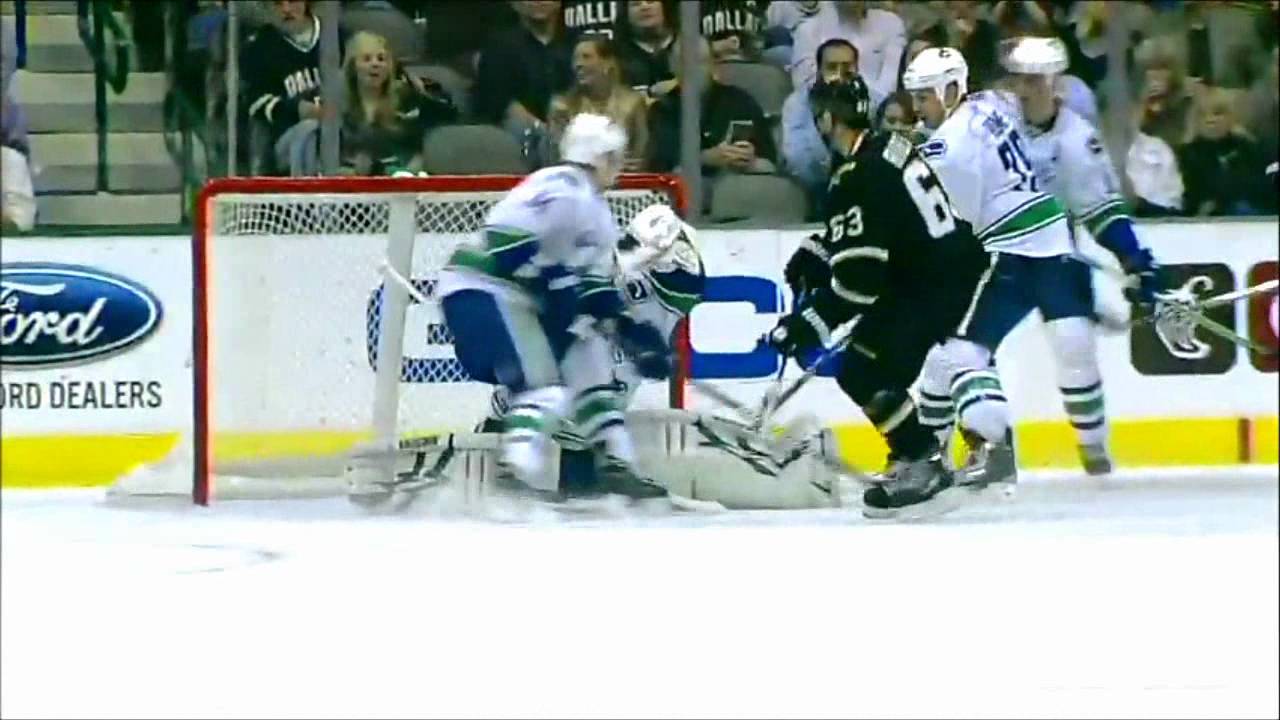 For Lamoriello to get a goalie with such solid numbers (98 career games: 55-26-17, .920 save pct, 2.20 GAA), not a lot of mileage on him and entering the prime of his career for one draft pick (turned out to be Bo Horvat) is steal in this writer’s eyes. Detractors will say that Schneider had a bad season and even worse playoffs for the Canucks, but the team that played in front of him wasn’t that impressive either. Judging from the way the Devils roster is shaping up for next season, he should have no problem excelling in the crease there as he learns from a living legend for at least one season and likely splits time with; it’s fair to assume Brodeur & Schneider could each play about 40 games each barring injury.

As Lamoriello told the media late on Friday, he had already made up his mind that Clarkson would not be returning to New Jersey so he became proactive and immediately sought a replacement. He didn’t have to look far as Ryane Clowe had played for the New York Rangers after the trade deadline saw him traded there from the San Jose Sharks where he had played his whole career. He’s the same type of player as Clarkson, that guy who will go to the dirty areas: the front of the net, deflecting shots, screening goalies and also isn’t afraid to mix it up with the opposition; as my buddy Kevin Weekes likes to say – ‘he’s a sandpaper guy.’ Also, Clowe came at a cheaper price as far as money/years go and in his two best seasons (2009-10, 2010-11) with San Jose he put up 38 assists, a number Clarkson never came close to reaching.

Clowe shows a flair for the dramatic with this late, game-tying goal for San Jose: 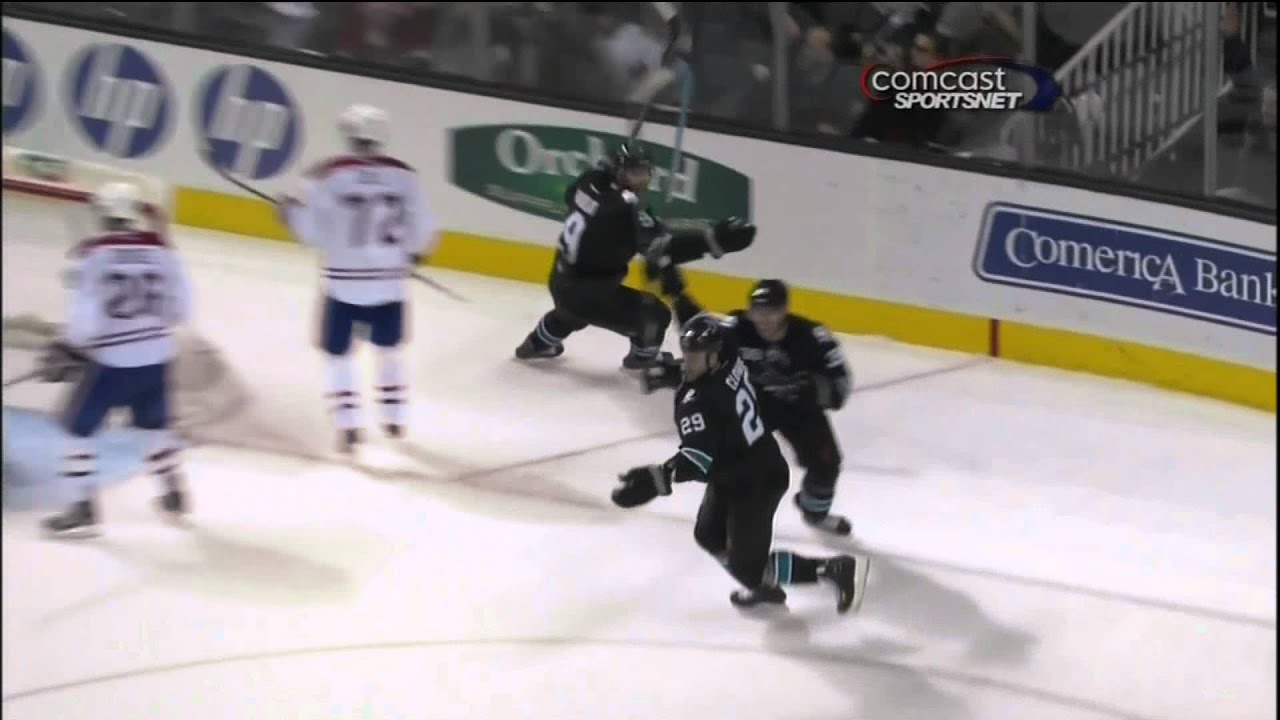 He maybe was overpaid a tad, and had a concussion (maybe two) during his short time with the Rangers, but the Devils would not have signed him if he hadn’t been checked out by doctors and passed their tests. Here is the press release on the Clowe signing: http://devils.nhl.com/club/news.htm?id=676851

Olesz is a player who has never really reached the potential that some saw in him when the Florida Panthers took him 7th overall in the 2004 NHL Draft. He is definitely a project for the Devils and the silver lining is that his best season came in Florida in 2009-10 under current Devils coach Peter DeBoer when he had 14 goals; he also knows Patrik Elias from their time together during the 2006 Olympics. His most recent club, the Chicago Blackhawks, bought him out after this past season when he spent most of the season with their affiliate in the AHL — the Rockford Ice Hogs.

Olesz shows some skill in a shootout, something the Devils sorely lacked last season:

The Devils believe he is motivated to rejuvenate his career and other players like Ryan Carter and Steve Bernier are good examples that he could be a nice addition and find a home in New Jersey; for the price (believed to be 1-year/$1 million) it’s worth a gamble. Here is the press release on the Olesz signing: http://devils.nhl.com/club/news.htm?id=676913

After never replacing the loss of Parise’s goal scoring last season, the Devils may have alleviated some of that production with the signing of sniper Michael Ryder who spilt last season between the Dallas Stars & Montreal Canadiens. Ryder had 35 points in 46 games last season and was a key member of the Boston Bruins Stanley Cup Championship team in 2011; he also has 45 points (21g-24a) in 75 career playoff games, something the Devils will be needing as they aim for a return to postseason play.

Ryder shows he knows how to end games with this dagger vs. one of his former teams:

He is most definitely a streaky scorer, but his goal production should offset the loss of the goals that Clarkson had been tallying for New Jersey. Ryder is 33-years-old but will only be entering his tenth NHL season. He could very well see major minutes on one of the Devils top two lines in 2013-14, and you could bank on seeing him as a regular on the power play. Here is the press release on the Ryder signing: http://devils.nhl.com/club/news.htm?id=676959

Lamoriello hinted Friday night that he is done signing players, for now. So barring a trade here is what their lineup could look like when they begin the 2013-14 season begins: