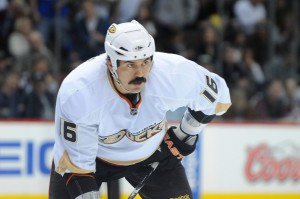 If you mention the word cancer, chances are three out of every four people will tell you that someone they know, or love, has been affected by this heinous disease. In no way do I profess to being a scientist, but I do know and have seen that every donation helps and those who are battling the disease these days are better off than those who had to fight the fight in the past.

Personally both of my parents had cancer, my mother survived it, but my father did not. They each had different forms of cancer, and had their battles during separate time periods. My father was a lieutenant for the NYPD, a man who was rarely sick and had a positive affect on just about everyone he came in contact with. He was diagnosed with multiple forms of cancer and fought it as much and as long as he could. Hard to believe it’s been almost ten years since he passed, but not a day passes where I don’t think about him and that I wish he were still here.

Years after my father had passed away, my mother was diagnosed with breast cancer. To go through it once was extremely tough, but twice? That seemed a little unfair for my sister, my family and I. When she had to shave her head during her treatments, I began to shave mine too, to show that I was supporting her fight and everyone else that has to deal with the horrible side effects of cancer. Thankfully, my mother has been cancer-free for a few years now, but I still shave my head every few months (makes showering easier!) to remind me of the struggles she went through.

Last year I participated in Movember on my own, and this year I signed up on their website and raised $30. It’s a small amount, but as my friend told me, ‘every penny helps.’ I became aware of the whole Movember thing because I follow hockey, but this past month (if you paid attention) there were other athletes growing mustaches for this great cause.

Here’s a sample of some of the best Movember Mo’s around the sports world via Movember.com:

Knowledge is power, mustache is king. you can donate to my #Movember efforts @ http://t.co/dFHhdKTo #Day27 #3DaysLeft pic.twitter.com/cHtyFx8T

I was thinking that my ‘Stache was similar to the one Adam Henrique of the New Jersey Devils sported during the Stanley Cup Finals in June. But once I saw ex-Devil and current Montreal Canadiens captain Brian Gionta’s, I thought his was more like mine than any other I had seen:

Today's #movember update! thanks to all who have already donated. Go to http://t.co/9OQ9xG5E to donate to the cause. pic.twitter.com/xjR515z7

When it comes to mustaches there is the king, George Parros, and then there is everyone else:

Even NFL MVP Aaron Rodgers of the Green Bay Packers got into the act with a fine ‘Stache; another that resembles mine:

Matt Moulson of the New York Islanders is a regular participant who seems to grow a beard almost overnight. I’d love to see this guy on a playoff team making a deep run:

Finally we finish with legend courtesy of Anaheim Ducks’ forward Bobby Ryan’s twitter account. Normally we call him the Finnish Flash, but in Movember Teemu Selanne is the Finnish ‘Stache!: