With NHL 17 coming towards the last updates of the year, there is a significant need for a look at each of the major game modes. Which game modes are good building blocks toward the future? Which ones need desperate improvement? This is where the NHL 17 series review comes in. Coming up first in the series is the most popular team-based mode in NHL 17, EA Sports Hockey League.

In EA Sports Hockey League (known as EASHL), players team up with other players from across the world. With multiple player builds, it’s imperative to have a team of players who can work together to fulfill a certain role. If players mesh together, a grind to unlock many different arenas, player unlockables and more awaits!

EA Sports Hockey League in NHL 17 is easily the most fun mode to play online. Being able to get on the ice and work together as a team to move up the divisions is ideal for anyone who plays games with their friends. If you don’t have friends online at a certain time, you can play a drop in with other players across the world. There are many different player builds to use so drop in games are great to try out new builds.

NHL 17 has many cosmetic additions to the game that directly correlate to on-ice achievements. When you start on the ice, your team plays in a local arena with no fans in the crowd cheering you on. As your team levels up and wins games, you can unlock bigger arenas and different cosmetic additions. This system is good for rewarding players who play hard and win games. Even if a team doesn’t win much, there are still unlocks for simply playing the game.

Another bonus to EASHL is the constant work they’re doing on the mode. There have been multiple updates to EASHL this year including new unlockables, goalie tweaks, skater class tweaks and more. Having a developer team dedicated to making one of the best modes in NHL 17 even better is refreshing. Expect big things from EASHL for years to come in terms of customization.

NHL 17’s EA Sports Hockey League mode has been a step in the right direction. As good as the new player builds have been and all the customization, EA was set in stone on bringing in new unlockables to make the most personal EASHL mode yet. With all the new additions comes a few alarming negatives.

First things first, goaltenders in EA Sports Hockey League are brutal. There is little to no predictability for goaltenders online which makes it extremely hard to get good at the position. Goaltending is basically half luck, half skill. If you don’t have one or the other, chances are there will be multiple goals allowed. 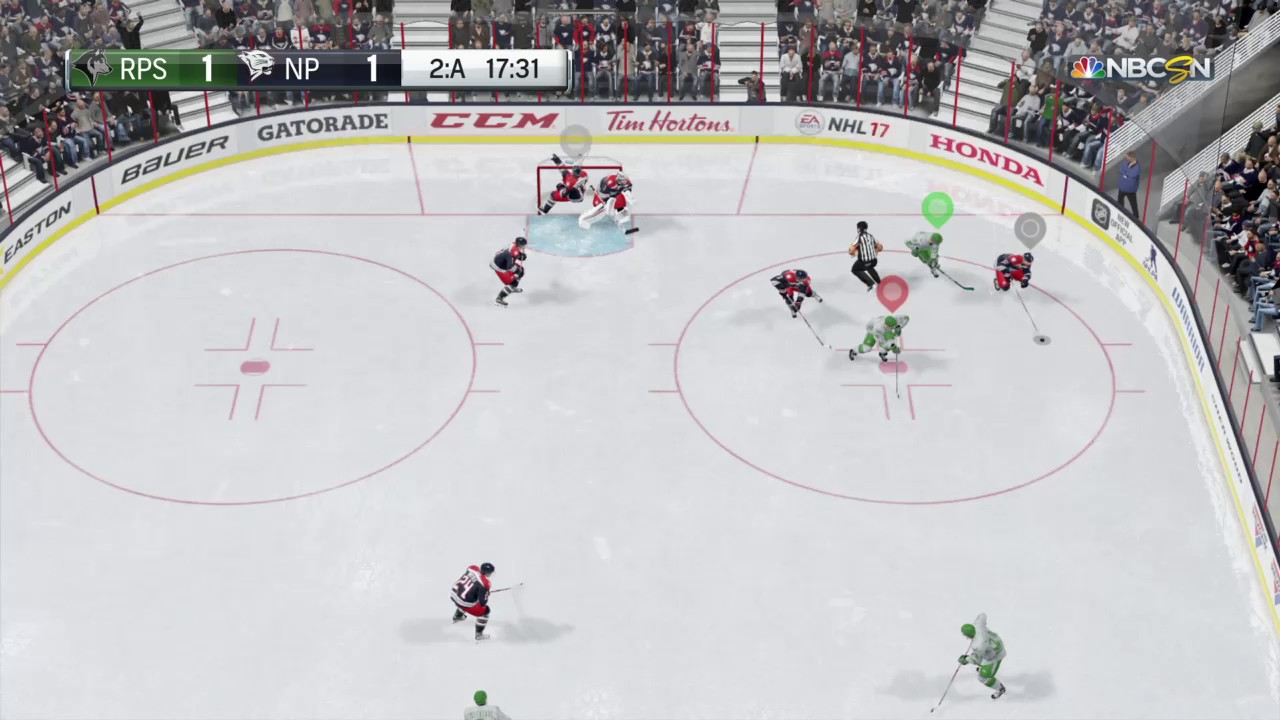 Along with the goaltending, there are so many glitches. It’s not a game of EASHL if your player doesn’t get frozen or stuck in the net, even your goalie. While these glitches happen randomly and evenly between teams, it’s frustrating to have to deal with them. Hopefully, these glitches are fixed by NHL 18 so the gameplay is clean.

With all the positives and negatives put together, I’d say EASHL’s has more good than bad going for it. Though nobody enjoys being glitched around, the gameplay is pretty smooth and there is no real glitch goal able to be scored in the mode. The most important thing, obviously, is can the EA developers build on what they’ve done this year?

Personally, I believe that EA Sports Hockey League can be even better. With Competitive Seasons being introduced to HUT, is there any chance EASHL could hold tournaments? These tournaments could give you special unlocks as well as showing who the best teams in the world are. The leaderboards are iffy at best, so having a special tournament for the best clubs in the world would be interesting.

Overall, I give the EA Sports Hockey League mode an 8.5/10. With EASHL becoming the most in-depth EA “club” mode, the EA developers are trying hard to propel their game modes to the next level. Even with all the little glitches and negatives coming with the mode, it’s fun, creating a place where people can work together to win games as a team rather than just solo.