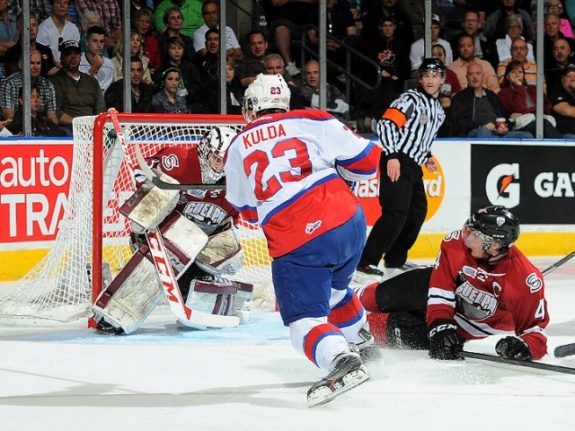 Like I've been saying: Kulda could be second round draft before Mem cup over. Tremendous poise with puck