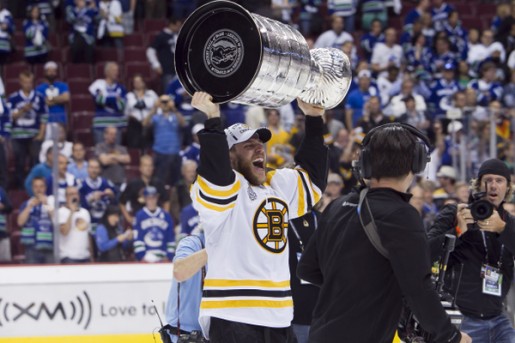 A little under twenty years ago, the NHL moved from an intra-divisional playoff format to the modern method of conference-seeding. For a decade prior to the 1994 playoffs, teams played two series within their own division before the conference championships. However, due to the expansion of the League, this was no longer feasible. Since 1994, teams have been arranged first through eighth in their respective conferences.

With the NHL’s Stanley Cup Playoffs due to begin tonight, let’s take a look at some of the statistical history behind these seeds to reveal some of the more interesting patterns and amusing quirks of a playoff format which, if realignment comes to pass, may be going the way of the dinosaur:

First off, some bad news for Ranger fans: Since the advent of whole-conference seeding in the 1993-94 Stanley Cup Playoffs, only one number-one seed that was not the Presidents’ Trophy-winner has won the Cup – the Tampa Bay Lightning in 2004. In that span of seventeen seasons five teams that finished with the best record in the NHL ended up lifting Lord Stanley’s Hardware (most recently the Detroit Red Wings in 2008).

Home, Sweet Home: Teams that had home-ice advantage have a record of 165-90 in series starting in the 1994 postseason: A winning rate of 64.7%… Higher seeds also won 64.7% of their series in both the first and second rounds in the past seventeen seasons, but home-ice hasn’t helped as much in the conference finals, where the home team has only emerged victorious 58.8% of the time. Only four times since the Divisional Playoff Era has the Cup finalist without home-ice-advantage skated off as champs: The ’95 Devils, the ’97 Wings, the ’09 Penguins and the ’11 Bruins.

At least one team has won a Cup after starting as each of the top-five seeds. Six times a number-one seed has captured the title, five times the second-seed has walked away as champs, three times the third-seed and on two occasions the fourth-seed have emerged victorious. The lowest-seeded team to win the Stanley Cup in the post-Divisional Era was fifth-seeded New Jersey in the lockout-shortened 1995 season.

By far the most successful seed is the number-one (…really?!). First-seeds have won 25 of 34 first-round matchups over the years, 17 of 25 second-round matchups and nine conference titles.

The second-best seed in the first round is actually a tie between the third and fourth seeds, each with a 22-12 record in the first round since 1994. The second-seed has fared the worst of all with home-ice in the first round, winning a scant majority: Just 19 out of 34. However, second-seeds that make it to the second round have fared much better than their lower-seeded counterparts, going 13-6 in the conference semis and 8-5 in the conference finals (whereas seeds three and four have sub-.500 records in the second round).

The most successful bottom-half (seeds five through eight) seed is seventh. In addition to winning in the first round almost half the time (44.1%), seventh-seeds have made it to the Cup Finals more times than the five, sixth and eighth-seeds combined. Unfortunately, no seventh-seed has ever lifted that silver chalice – losing in seven games on three occasions and once in six (but it was a particularly gut-wrenching loss).

Only once has a sixth-seed made it to the Cup Finals: The Calgary Flames who lost a seven-game heart-breaker to the Tampa Bay Lightning. Likewise, only one eighth-seeded team has reached the finals – Edmonton in 2006. The Oilers also fell in seven.

So, will history be made this season? Will one of New Jersey, Washington, Ottawa, Chicago, San Jose or Los Angeles be the first six, seven or eight-seed to lift the Cup? We’ll find out soon enough.