The Washington Capitals have been in the NHL since 1974. They have just one Eastern Conference championship but were swept in the Stanley Cup Final. Winning in the NHL is hard, but the Caps have found success in the last decade with three Presidents’ Trophies. However, they have yet to return to the Eastern Conference Final since their inaugural trip in 1998. The scapegoat for most Capitals fans: Alexander Ovechkin. Yet, the problem is much deeper than that.

From the time the Caps were founded until 1994, Washington’s franchise struggled. As most expansion teams experience, the Capitals fought tooth and nail in their first decade to simply be competitive. It was in 1983 that the Caps earned their first trip to the playoffs and experienced success thanks to several Hall-of-Famers, including Rod Langway, Scott Stevens, and Dino Ciccarelli. 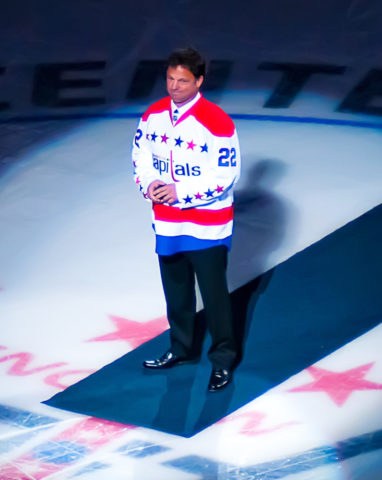 The team continued to build into the 1990s, adding hockey greats such as Adam Oates and Dale Hunter. They rode a hot goaltender in Olaf Kolzig to the Stanley Cup Final in 1998, but their success was short-lived and the Caps were swept by the Red Wings. The Capitals franchise has yet to record a win in the Stanley Cup Final.

Following 1998 postseason, the Caps added Jaromir Jagr to their roster and expectations were high. But this was just the beginning of the Capitals letting down their fans.

It should be noted that the Capitals won the NHL Draft Lottery in 2004 and jumped ahead of the Pittsburgh Penguins. Ovechkin would be selected first and Evgeni Malkin second. Looking back on this draft, imagine for a second how differently things could’ve been for these two franchises.

Following an NHL lockout in 2004, Ovechkin made his NHL debut in 2005 and beat out Sidney Crosby for the only time in his career to win the Calder Trophy. He set the bar high for himself given his early success and Capitals fans believed that the future would be different for their franchise: ‘8 the Great’ was his nickname and from 2005-10, he scored 100 points in four of five seasons. However, it wasn’t until 2008 that the Capitals would make the playoffs, thanks in large part to several acquisitions and a new head coach, Bruce Boudreau.

The Blame Begins to Shift

Ovechkin posted his career-best numbers in 2007-08 with 65 goals and 112 points. The following season would be his “career year” so to speak: he scored 110 points in the regular season and 21 points in 10 playoff games. Ovechkin was at the top of his game and played great in the historic series versus Pittsburgh, but still fell short.

His overall numbers have fallen every season since and it’s obvious that he’s nearing the end of his career as a lethal, 50-goal scorer. Ovechkin’s role in the Caps’ failures is noticeable, but he’s been put into a bad situation year in and year out.

He has played for five head coaches during his time in Washington, and four since 2011. General Manager George McPhee was also ousted in 2014 after continued postseason struggles and was replaced by Brian MacLellan. Yet, one thing has always remained the same: management has tried to build around a sniper who wears number 8.

Ovechkin Isn’t The Problem, His Role Is

These are players that have several things in common, but mainly this: all have solid players around them and have been put in a position to succeed, except one. Ray Shero and Jim Rutherford built around Crosby and have two Stanley Cup banners to show for it. Stan Bowman built his Blackhawks around Toews…three-time Stanley Cup Champions. However, Nicklas Backstrom, one of the greatest centers in the NHL, was nothing more than a center to Ovechkin’s line.

The Capitals’ front office has continually tried to make Ovechkin the centerpiece of the Capitals, and it has continually failed them. He became the face of the franchise for good reason; he’s one of the greatest goal scorers in NHL history. But he couldn’t fill the role that Washington tried to force upon him.

5/ but his demands on himself stay the same. He’s not the bloodied inspirational leader. He is the tousled-hair sexy charismatic ruffian.

Whether it’s correlated or not, Ovechkin has yet to break the 90-point barrier since being named the captain in 2010. He’s improved as the team’s leader, but it’s never been his character type. He’s a big-hitting goal scorer. He has never been an ice general, and how could he be from his left-wing position? The deck has been stacked against him since the expectations started piling up following their 2008-09 season.

Ovi’s first year as captain? The Capitals had just won their franchise’s first Presidents’ Trophy and were then knocked out of the playoffs by the eighth-seeded Canadiens. The following year they were swept in the second round by Tampa Bay. This would be the start of Washington’s coaching carousel as well as goalie shuffling before finally finding a consistent starter in Braden Holtby.

Of the players who’ve played in Washington since 2010, several have provided leadership on and off the ice that inspired big wins. The obvious choice is Backstrom, who’s been consistently great. Joel Ward would be the other candidate, having scored several huge goals for the Caps during his stint in Washington. As for Ovechkin, he’s never fit the role.

These guys were supposed to be the difference. These were the high-profile draft picks, trades, and free agent signees that the Caps added to their roster to give them what they needed to finally get their Cup. And yet, it’s the middle of May and the Capitals’ lockers are empty.

New coach. New players. Same results: losing when it means most. The fans are tired of it but it’s not Ovechkin’s fault. It’s systematic and it’s cultural.

Every NHL team that wins in the playoffs has built a winning culture. The players bring that to the ice, the coaches bring it to the bench, and the front office must bring it to the suite level.

The Capitals don’t have that. Just a week ago, Washington was surging in the playoffs and yet, every media outlet (except Pittsburgh) was talking about how the Capitals would find a way to blow their chance. Where was the GM in the media? Where was the ownership? No defense was made, and Pittsburgh dominated Game 7. Another early round exit for Washington.

Ownership matters. In every professional sport, the character of a franchise begins and ends in the owner’s suite. It’s important when choosing a general manager who puts a team on the ice and it’s important when hiring a coach to lead that team. The situation in Washington is complicated. The same man, Ten Leonsis, owns Monumental Sports & Entertainment, which also owns several other professional sports teams including the Washington Wizards (who also aren’t known for their playoff success.)

Who are the Washington Capitals? What do they represent? Who’s going to lead their franchise once Ovechkin moves on (which could happen very soon)? These are questions that every Capitals fan wants an answer to. But with little character residing within the front office in Washington, they’ll be left wondering what the direction of their franchise looks like.

The Capitals had a team built to win this year; they had all the right pieces. They lacked character and in a locker room without a winning culture, that’s hard to overcome. What now? What’s next? Regardless, Ovechkin has gotten the short-end of a long stick and whether he comes back to Washington or not, he deserves much better than the legacy that poor management has built for him.