Owen Tippett first showed off his scoring touch with the Toronto Red Wings Minor Midget AAA team in 2014-15 when he lit up the GTHL with 52 goals and 87 points in just 50 games that season. From there, he joined the OHL’s Mississauga Steelheads in 2015-16 scoring 15 goals in 48 games as a rookie.

But 2016-17 was his coming out party in the OHL, which is likely why the 18-year-old is projected (by most) to be a top-five pick in this year’s NHL Entry Draft. He went on to score 44 goals and 75 points in 60 regular season games for the Steelheads on route to helping Mississauga to the postseason.

Tippett is a pure goal scorer with the ability to create chances out of nothing. His speed and quick release makes him a threat at any point off the rush and in the offensive zone. His size is another advantage that he brings to his game and he will be a force for any team – an offensive facelift for those looking to add a sniper.

For the most part, Tippett looks to be projected as a third to sixth overall pick in this year’s draft. While some have him falling outside the top six, expect the Steelheads forward to stay within the top 10 at the very least.

“Arguably the best shot in the 2017 draft class, Tippett is a pure goal scorer. He has a lethal shot, it is quick, hard, and accurate and he is able to disguise his release very well. Besides taking a high volume of shots, Tippett is also a big player that uses his size, each and strength to protect the puck, win board battles and provide a strong net presence. The other asset to his game is his above average skating, his breakaway speed and acceleration gives him separation ability and like all components of his game he uses all his skill to support his goal scoring tendency.” – Peter Harling, Dobber Prospects

Tippett’s goal scoring touch alone will make him a valuable asset to NHL clubs. If he can pick up his play in his own zone, the young forward could develop into a full-time NHLer sooner than some expect. Don’t be surprised to see him in a top-six forward role by the time he hits his prime.

It’s still a very young career by most standards and already Owen Tippett has some accomplishments to his name. Last season, as a rookie for the Steelheads, he was named to the OHL First All-Rookie Team. On top of that, as part of the Canada White team at the under-17 World Hockey Championships, Tippett was named to the WHC All-Star Team and won the gold medal. 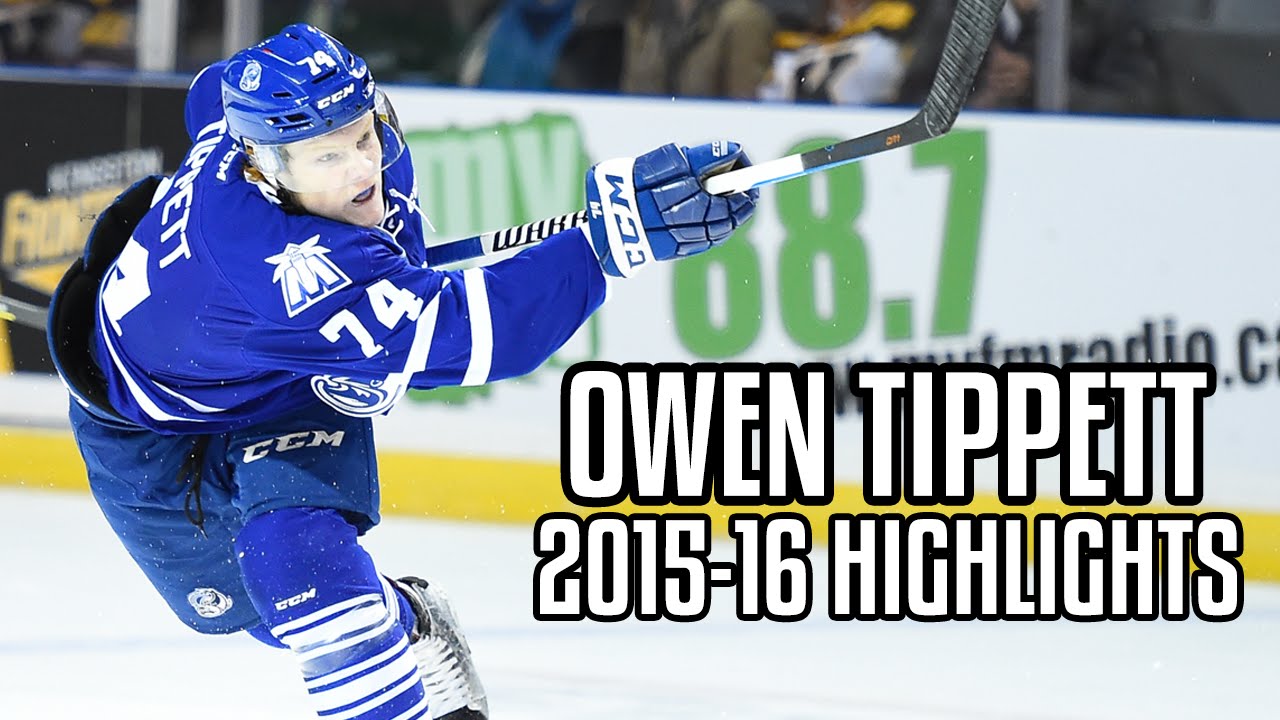