If you’re a typical Florida Panthers fan and you’re not at the game in person, you’re probably watching on TV but also having a beer, helping the kids with their homework or doing some other random household task because the beginning of the season was pretty rough. So many overtime losses, so many disappointments, it’s hard not to get maudlin about the whole thing. In fact, you  might  not have been paying much attention, which would have been a shame because this was not a game to have missed.

On a high note, the last month or so has been much more exciting, and last night’s game against the Washington Capitals ended with not just a win, but breaking the NHL’s record for the Longest Shootout. They went 20 long, breath-holding, gut-wrenching, sweat-drenched rounds, using all 18 skaters on the bench and then bringing out Jussi Jokinen again, who’d already scored once (though he didn’t score again), followed by Nick Bjugstad for the win. 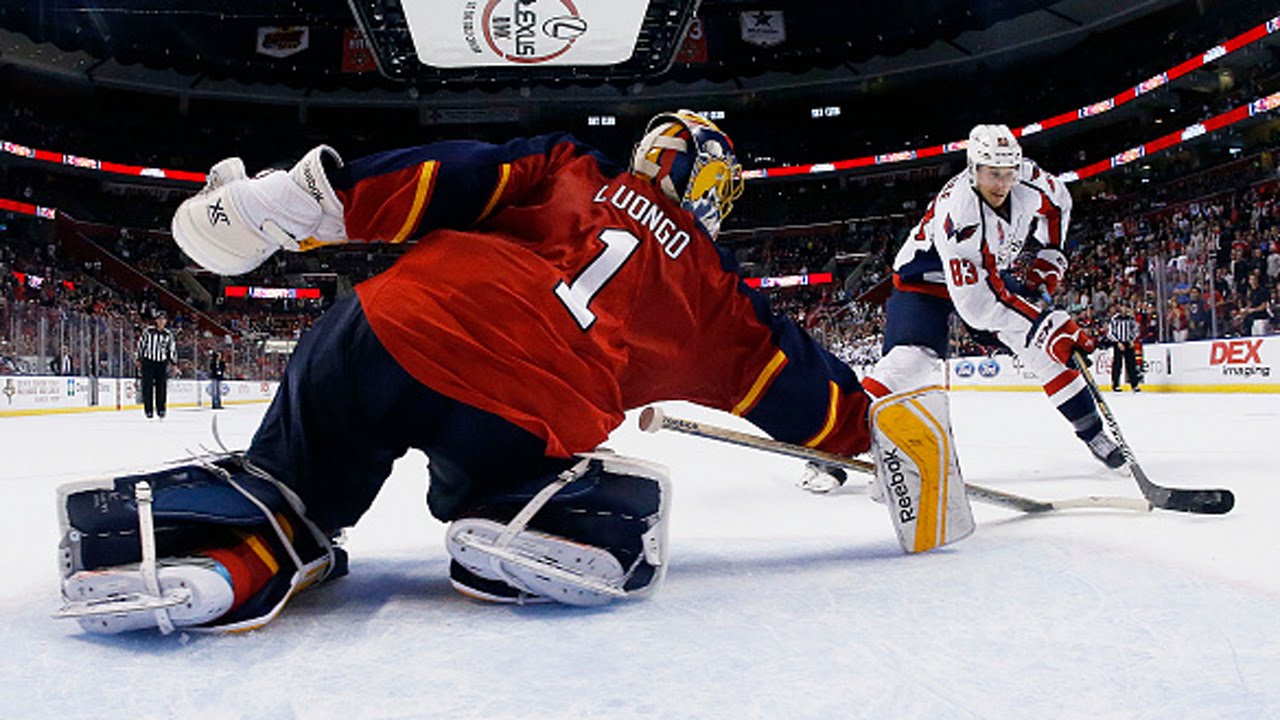 Not Your Typical Shootout

This wasn’t just a win or even a record-breaking shootout, this was a heart-and-soul kind of game that truly brought out a side of the team that you don’t see very often. The team fought really hard, coming back with a shot-for-shot reply to every single Capitals goal, five separate times, bringing fans to the edge of their seats and quite possibly to the brink of insanity.

The first goal, of course, came from Capitals’ Captain Alex Ovechkin, with a quick reply from Jussi Jokinen, in round 4. Three excruciating rounds later, Brooks Laich (a.k.a. boyfriend to Dancing With The Stars judge and actress Julianne Hough) sinks one into the net. The Panthers’ Dave Bolland earned every penny of his $25M contract with the follow-up goal that kept them in the game. But it wasn’t over yet. Three more rounds, going into the first shot of round 10, and Joel Ward gets on the board. Alternate captain Derek MacKenzie wastes no time shooting back, keeping the Cats in it for another round. Round 11 starts off with a bang as John Carlson gets the goal, forcing the Panthers to answer or go home. Sean Bergenheim didn’t seem to have any problem stepping up to the plate and sending it to the back of the net, leaving everyone struggling to keep up with the intensity of what was happening on the ice.

Fans and players sat through six more rounds before Brooks Orpik got one past goalie Roberto Luongo in Round 17. Once again, the Panthers’ game was on the line, and it was Dylan Olsen who kept the game alive with a solid shot from the right. Then it was Round 20, Ovechkin was back on the ice for his second shot during this record-breaking shootout, and Luongo keeps him off the board, leaving Nick Bjugstad the opportunity to send everyone home; and he did it with flair. More than 22 minutes of a shootout ended in a win for the Cats and a new page in the NHL history books.

Ironically, this is the second time the Washington Capitals have been in a record-breaking shootout, and also the second time they lost. It was November 26, 2005, against the New York Rangers, and once again, Alex Ovechkin led off the shootout, but that time without results. Fourteen rounds later, in the then record-breaking Round 15, it was Marek Malik who ended the game and got the Rangers the win, despite not having scored a goal yet that season.