The Pittsburgh Penguins regular season arrogance is setting this team up for another playoff failure. Regular season hockey doesn’t work in the playoffs. This maneuver has yet to prove successful for the Penguins. If they don’t changes their style in the playoffs, the team will be eliminated before they even sniff the Stanley Cup Finals.

Teams increase their physicality in the post-season. No matter how important the game, the Penguins retaliate when opponents take the body against them. This rarely results in Dan Bylsma benching a player for disciplinary reasons. That’s because the guilty players are usually the superstars. Bylsma doesn’t hold his stars accountable.

If Sidney Crosby gets roughed up and no penalty is called against the opponent, Crosby whines to the referee or returns a cheap shot. In similar instances, Penguins’ players rarely think about what is best for the team, but rather what’s self-serving at that moment. These retaliatory acts hamper the team in the regular season, but even more in the playoffs. 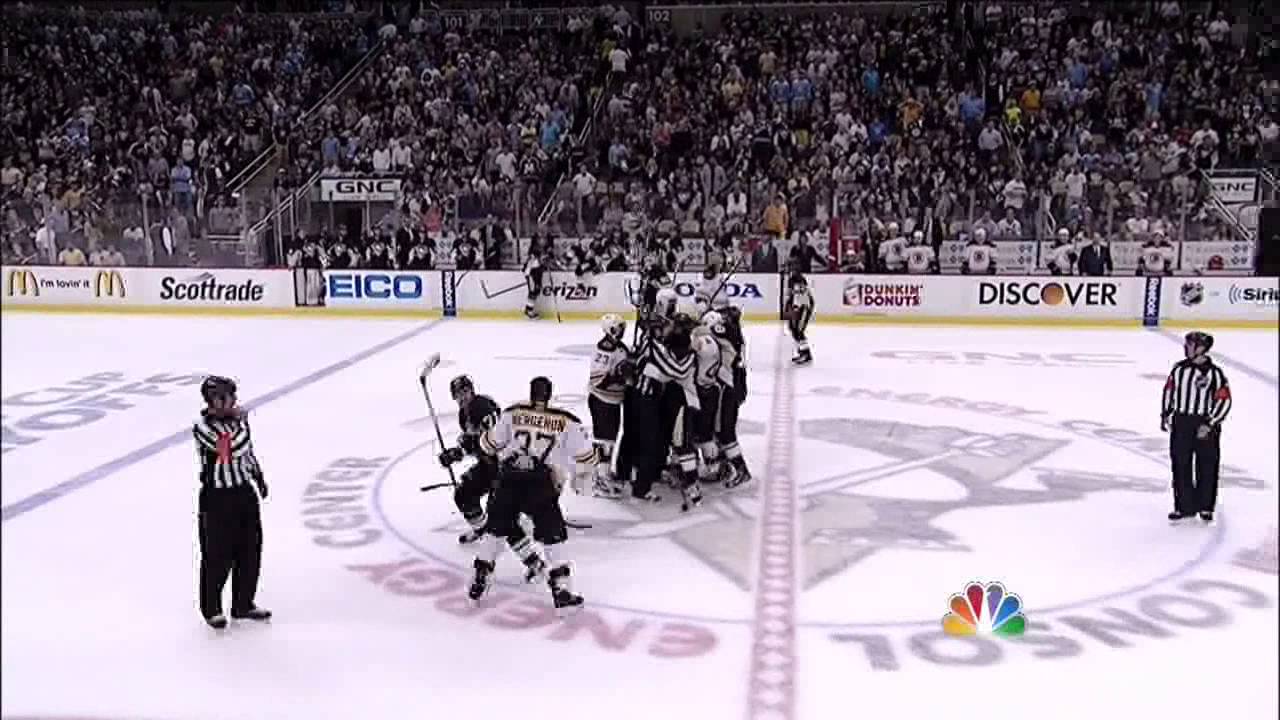 Since Bylsma became the head coach, the Penguins seemingly accept every defeat in the same manner. They view losses as a result of not playing “their game” or system well enough to win. Instead of handing out credit to an opposing team that wins, Penguins’ players and coaches seem to act as if their system is superior to what any opponent can counter. It’s almost as if they lack respect for their opponents. The solution is always about the Penguins playing offense in an opponent’s defensive end. Instead, the Penguins could improve their play without the puck in their own end. Opposing teams possess the puck too sometimes.

The Penguins showed flashes of a different system (neutral zone trap) at the beginning of the season, but now they’re back to their same style. They force passes that aren’t available. They attempt to carry the puck through traffic in the neutral zone or over both blue lines despite the possible consequences.

The Penguins play as if no turnover is ever too costly. The so-called team leaders are guilty of coughing up the puck more than anyone else on the team. Instead of dumping the puck into the offensive zone or clearing the puck out of the defensive zone, the Penguins continually play a high risk game. This is why they’ve struggled to hold leads this year, and securing a one-goal lead is paramount in the post-season.

This team is so gifted; they win a ton of regular season games based solely on talent. That’s why the team rarely adjusts their style or mentality. Talent carried the Penguins to the Metropolitan Division crown. But talent doesn’t lift the Cup, a united team does.

Two years ago versus the Philadelphia Flyers, the Penguins felt their talent would outscore the Flyers and win a chaotic series. They fell into a 0-3 hole before they made any adjustments. By that time it was too late.

Last year against the Boston Bruins, the Penguins didn’t tighten up their defense until they lost the first two games of the Eastern Conference Finals at home. But by that time it was too late.

“My goal and focus is moving forward. Learning from the past, trying to apply that moving forward, to make sure we’re a team that our city is proud of, and a competitive, entertaining hockey team that can compete for the Stanley Cup and put ourselves in that position every year. That’s going to be our goal moving forward.” -Ray Shero

Those were Shero’s words at his season-ending press conference last year. Shero wanted to show confidence in his team and coaches moving forward. The Penguins were supposed to provide hope that they were on the verge of another Cup this year.

But with two games remaining in the regular season, there’s no convincing evidence this post-season will be different from the team’s four previous playoff outcomes. Even though the team has won five out of their last seven games, they’re not playing playoff hockey.

There’s no proof that the Penguins, especially the superstars, are willing to sacrifice their egos for the betterment of the team. There’s no difference in how the team played this season, from the way they played a season ago. The Penguins played the regular season as if they could flip a switch and succeed once the playoffs are underway.

This team has the ability to execute a playoff style. They accomplished this feat against the Bruins in the last two games of the Eastern Conference Finals. The Penguins were unlucky to go winless in those last two games, but they waited too long to play a winning brand of hockey. The Penguins can’t wait until they’re down in a playoff series. They must make sophisticated adjustments to help their cause before, during and after every post-season game. If the Penguins’ want to overcome their playoff demons, they must do away with their regular season ways. We’ll find out if they’re prepared to do so starting next week.