The Philadelphia Flyers are currently on a four-game road trip out West. They will wrap up the road trip on Monday night against the stingy Arizona Coyotes. The team will then come home for two games to face the Coyotes, again, and Chicago Blackhawks before having two days off.

The Flyers conclude a four-game road trip by facing the Coyotes, who have been playing much better after a slow start to the season. The Flyers are going to need to play a patient game and not force the play if it isn’t there for them, which they’ve done quite a bit so far this season. The team wants to know when Clayton Keller is on the ice because he is the Coyotes’ leading scorer and point producer. 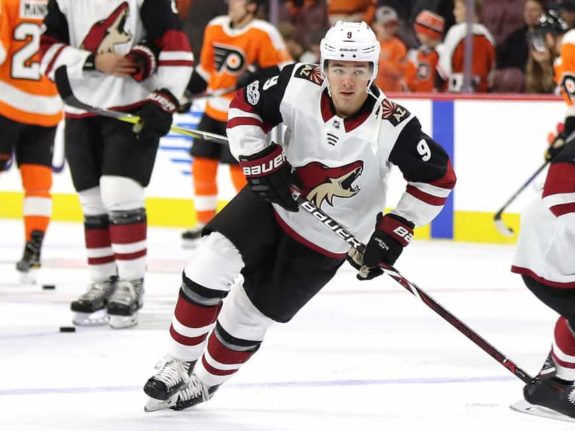 It would be a huge break if the Flyers could get the first goal of the game to take the home crowd out of the game. The team needs to limit their mistakes because the Coyotes will force the opposition into turning over the puck with active sticks in the lanes. The Flyers will want to have a lead entering the final period since neither team is particularly good at coming from behind in the third period. If the Flyers want to have a chance at winning this game then they are going to have to win the even strength battle.

What to Watch For: Even Strength Battle

The Coyotes have allowed the fewest even-strength goals against, as of Nov. 2. The Flyers, on the other hand, are tied with the Chicago Blackhawks and Columbus Blue Jackets for the most even-strength goals allowed. The Flyers have no problem scoring while playing at even strength, but the Coyotes have not had as much luck. If the Flyers want to leave Arizona with two points, then they will have to make sure that they win the even strength battle.

The Flyers will face a familiar opponent for their first home game in 12 days as they take on the Coyotes in the back end of a home-and-home series. The Coyotes have not scored many goals early, but they do have a balanced lineup, so the Flyers will want to find a way to minimize the damage done. The Flyers have struggled on home ice to start the season so they should come out with plenty of energy and tempo to start the game. They need Brian Elliott, or whoever is in net, to come up big and make the easy saves.

They should establish an early forecheck, and get the cycling game going so they can spend some extended time in the offensive zone. The extended offensive zone time could lead to them getting the first goal of the game. They can’t get too cute with the puck or force plays, especially on the power play since the Coyotes have no problem scoring shorthanded. If the Flyers have a shot then they need to take it, especially if there is traffic in front of the goalie.

What to Watch For: Coyotes PK vs. Flyers PP

The Coyotes penalty kill has been outstanding overall in the early season, but they have been almost perfect on the road, killing over 90% of the penalties taken. The Flyers power play looks like everything is forced. If the shot is open, then someone needs to take it instead of forcing the extra pass or trying to make the perfect play. Their power play has undergone some changes early in the season with Nolan Patrick and Travis Konecny joining the first unit, while Wayne Simmonds and Jake Voracek have been playing on the second unit. At some point this season, the Flyers need to get this power play going and then it needs to become consistent.

The Flyers will take on the Blackhawks in a Saturday matinee game. The Flyers are going to have to be aware of the Blackhawks’ defense in the offensive zone because they will join the play. The team wants to minimize the damage done by Patrick Kane, Jonathan Toews, and Alex DeBrincat, who are all off to good starts.

Alex DeBrincat made a quick name for himself last season. The scary thing is he’s just getting started. (Amy Irvin / The Hockey Writers)

The home team is going to want to put together a solid 60 minutes, which is something they’ve failed to do in front of their fans this season. The Flyers will want to get their power play going against a not-so-great Blackhawks’ penalty kill. They should establish the forecheck early to force turnovers, but also limit their own mistakes since the Blackhawks will force the opposing team into turning the puck over.

What to Watch For: Jonathan Toews vs Sean Couturier

The Flyers will likely match up top line against top line to free up their second line since they’ve been piling up the points lately. Toews is off to a good start for the Blackhawks with seven goals and five assists on the season. Couturier missed most of the preseason and has started the season slow, with only four goals and one assist. He just has not looked sharp early but has been better on the current road trip. It will be interesting to see if these two go head-to-head and if they do, can they limit the damage of the opposition while still producing?