The Buffalo Sabres are coming off of an impressive team win against the Los Angeles Kings on Tuesday night. They showed some resilience, a trait we haven’t seen very often this season. 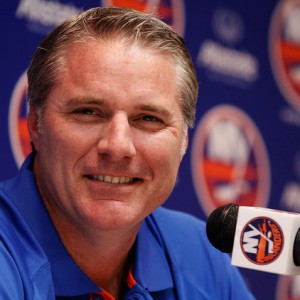 The scoring output also continues to increase since Jack Eichel has come back into the lineup. After scoring six against the Kings the other the night the Sabres are now at 3.28 goals per game over the last seven. Prior to Eichel’s return, they were scoring 1.85 goals per game.

The Islanders come in as the worst team in the Eastern Conference. The future of the franchise is in turmoil with regards to their head coach Jack Capuano. General Manager Garth Snow is also on the hot seat as his big two offseason acquisitions in Andrew Ladd and Jason Chimera have struggled. If the Islanders don’t turn things around in the near future we’re likely to see big changes to the club from Brooklyn.

Islanders come in as losers of three straight including a 5-4 loss at the hands of the Chicago Blackhawks last night. Buffalo has an excellent opportunity to keep their winning ways going. They’re catching the Isles on the second game of back to back nights and they’re having a hard time figuring out a way to win. These are the types of games the Sabres need to pick up two points on, especially at home. The Islanders are the worst road team in the Eastern Conference with a 2-7-1 record on the road coming into tonight.

1) Kyle Okposo will face his former team tonight for the first time since signing with the Sabres in the offseason. Okposo leads the Sabres with nine goals and 21 points in 27 games. Those numbers are better than the combined goals and points from the Islanders two big offseason pickups in Ladd and Chimera.

3) The Sabres are nearly back to full health. Both Zach Bogosian and Taylor Fedun appear ready to go. Dan Bylsma and Tim Murray will have decisions to make on who they want to keep in Buffalo and who will go back to Rochester of the American Hockey League.

4) After a slow start, Islanders star center John Tavares has found his scoring touch again. He has points in nine of his last ten games and has scored a point in each of those ten games except two.

5) Robin Lehner is back in goal again for the Sabres. He finally picked up a win against the Kings on Tuesday. It wasn’t his best game, but picking up the win was huge as he only had one in his previous ten starts. Lehner will be an important part of this final eight-game stretch to end the month of December. He’ll likely appear in at least six of those eight games.

The mantra is going to stay the same for the duration of December. The Sabres need to pick up points to get back into the playoff race and capitalizing on games like tonight is another step in the right direction.

The Islanders are currently sitting behind the Sabres in the standings, but are struggling to find their way. Buffalo does not want to be the team that lets them off the mat. All the advantages are in the Sabres favor tonight. They’re playing on home ice and the Islanders are playing their third game in four nights, as well as the second of back to backs.