In Tuesday’s game Gudas was given a match penalty and a five-minute misconduct for an illegal check to the head on New Jersey Devils forward Bobby Farnham.

Gudas caught Farnham unaware with a blindside hit while the puck was nearly a full zone away. After the whistle, Gudas appears confused about the penalty, playing the “What did I do?” card.

The replay shows Gudas looking straight at Farnham as he approached, indicating he knew exactly what he was doing. Though it’s difficult to tell from the angles provided if there is actually contact to the head. Even if it’s not a direct hit to the head, it remains an avoidable and predatory hit that could earn Gudas a call from the Department of Player Safety.

Watch the hit below: 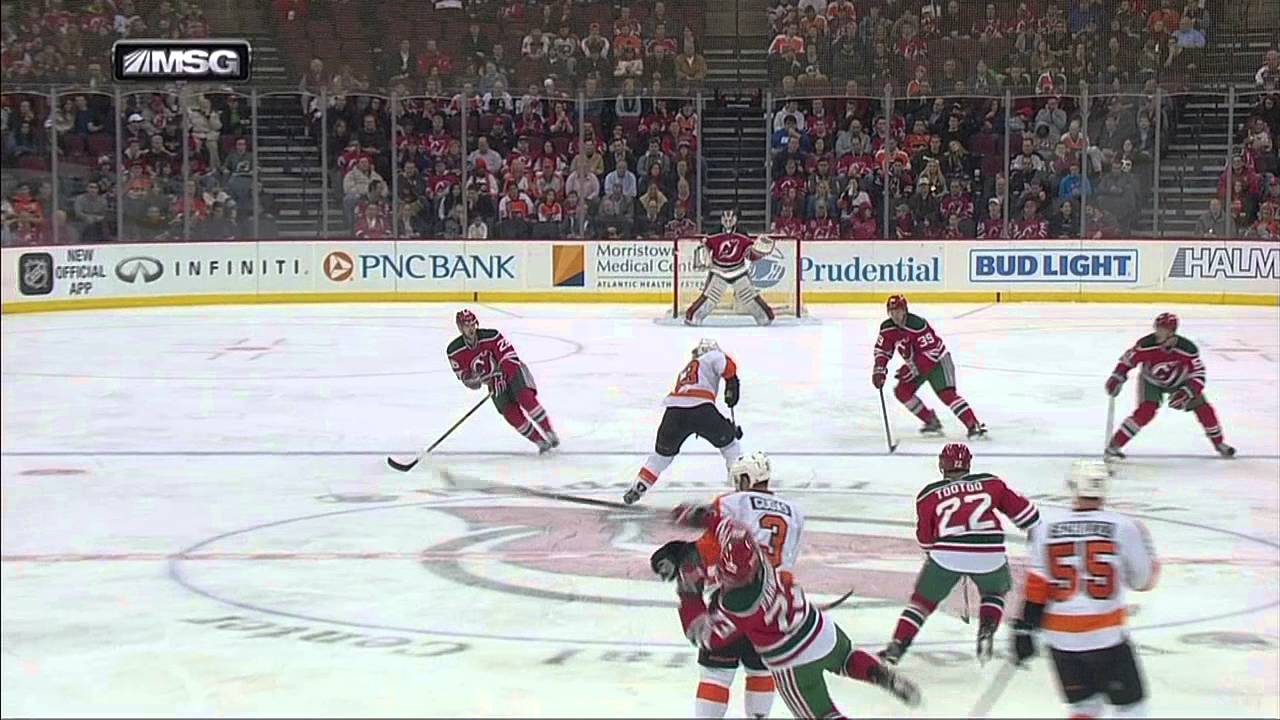 The Devils turned the ensuing power play into something. Tyler Kennedy scored his first goal of the season and first in a Devils uniform. However, the Devils would go on to lose the game 6-3, despite looking stellar in their throwbacks.

Gudas has done a lot of work this season to cement his reputation as a player who toes the line with dirty hits. He was tossed from a game against the Buffalo Sabres last week when he crushed a defenseless Dan Catenacci. He injured Montreal’s Lucas Lessio the week before with a low check, which drew the ire of Lessio’s teammates. And he earned a three-game suspension for a check to the head of Ottawa’s Mike Zibanejad earlier in the season.

UPDATE:
Gudas will not have a hearing with the Department of Player Safety for the hit, reports Tom Gulitti of The Record.

RELATED: Philadelphia Flyers Should Be Sellers at Trade Deadline