The San Jose Sharks and the Tampa Bay Lightning do not meet often, but for the first time in two years, a team swept the season series. The Sharks allowed only two goals in the pair of matchups between the two teams. The Lightning’s struggles on the road continued, as they could not exploit the Sharks playing the second of their back-to-back games.

The Lightning came out blazing and peppered the Sharks’ net. 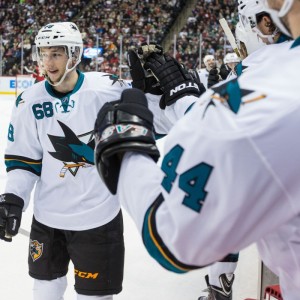 Aaron Dell, making just his seventh start of the season, was razor sharp to keep Tampa Bay off the board in the early surge.

The Sharks’ best chance of the early going came when Ryan Carpenter and Melker Karlsson executed a beautiful give-and-go play. Carpenter dished to Karlsson, who left the puck and headed to the net while Carpenter got a hard shot on goal.

Tampa enjoyed an 11-7 advantage on the shot clock. Alex Killorn had three chances on Dell in close, but the former University of North Dakota netminder helped the Sharks escape the period with a scoreless tie.

Dell with a pad save on Killorn to keep it scoreless. Been there when the SJ breakout passes have been, uh, suspect

Ryan Carpenter would get the Sharks on the board at 5:01 of the second period. 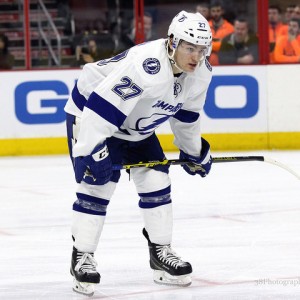 Carpenter one-timed a feed from Paul Martin that deflected off Nikita Nesterov’s skate and past Andrei Vasilevskiy for the opening goal of the game.

Less than a minute later, Brenden Dillon headed to the box for tripping Brian Boyle. After a great chance early in the power play, Jonathan Drouin posted his 14th of the season for the Lightning. Drouin turned the corner on Marc-Edouard Vlasic, pulled the puck back, and went around Dell to deposit the power-play goal.

Here's a look at Drouin's PP goal, which ties the game at 1-1 in the second period pic.twitter.com/gyvaqnzmRH

The goal invigorated the Bolts, as they dominated play for much of the rest of the middle frame. The Sharks were able to kill off a penalty to Justin Braun for holding up Tyler Johnson behind the San Jose net, but that would be the only positive in the second period after the Drouin goal. The Lightning consistently clogged up the neutral zone and allowed almost no pressure on Vasilevskiy until the last moments of the period. San Jose closed out the period without a shot on goal in the last 9:26 of action and had only two shot attempts during that time.

The Sharks jumped back out to lead when Kevin Labanc jammed the puck out from behind the Lightning net. 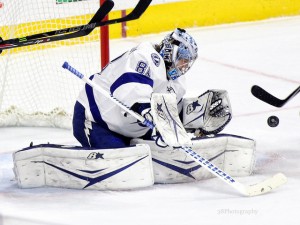 Logan Couture jumped on the loose puck and whipped it past Vasilevskiy, who was out of position on the shot. Moments later, Tampa Bay went back to the power play when Melker Karlsson was whistled off for slashing, but the Sharks’ penalty kill got the job done this time.

Tampa Bay would take just its second penalty of the night at 8:24, when Anton Stralman went to the sin bin for hooking. On the ensuing power play, Brent Burns would have two good shots on net, but could not add to the 2-1 lead.

Aaron Dell turned in another quality start in the Sharks’ eventual win. His toe save on Valtteri Filppula, who was riding a five-game point scoring streak coming into the game, was pivotal to keep the lead intact.

The Sharks only allowed five Lightning shots in the final frame, but on the back of Dell and his 24 saves, they took two points and the season series against Tampa Bay. 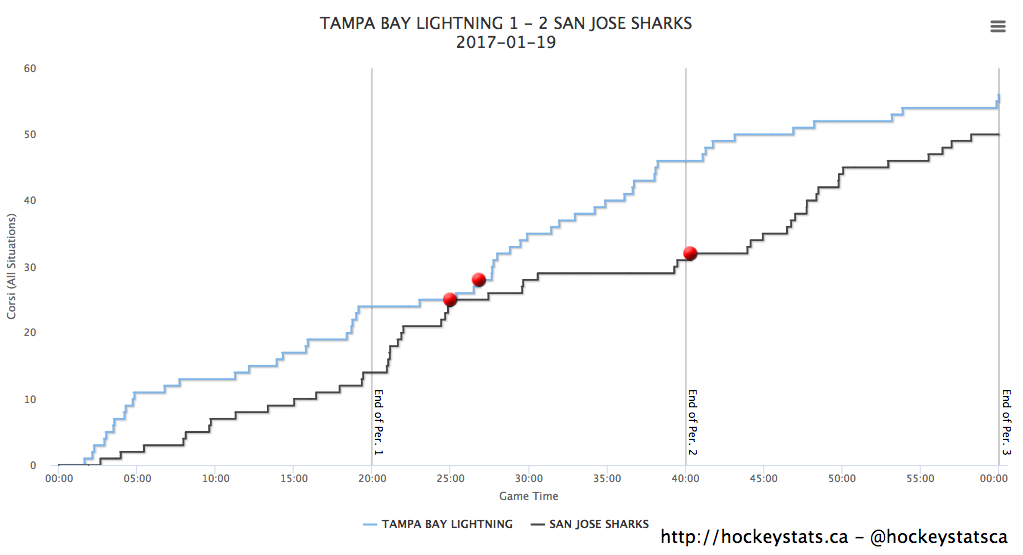 First Game of the Season Series

First Game of the Season Series