London Knights’ forward Robert Thomas was a mainstay on the top line for his OHL club this season. A number of times over the year, he’s been compared to former Knight and current Vancouver Canuck Bo Horvat with his 200-foot game being a major asset to his on-ice play.

He’s a leader on and off the ice and while his defensive play was important for the Knights this season, he showcased his offensive prowess as well for the club. He averaged a point per game with London this season, scoring 16 goals and 66 points in 66 regular season games. He also added 12 points in 14 playoff games as the defending Memorial Cup champs were ousted in the second round of the OHL playoffs.

He had a slower start to his OHL career, but averages 0.76 points per game in 106 regular season games for the Knights over two seasons.

His ability to play that 200-foot game, though, will solidify his spot on an NHL roster at some point in the coming years as he seems to model his game after some of the best two-way players in the game today.

With Thomas being projected all over the map by multiple different scouts and insiders, look for the young forward to be a mid to late second round pick. There is a possibility that he slips a little further and could be one of the first five picks of the third round, but with the history of Knights in the NHL Entry Draft, don’t be surprised to see Thomas go in the second round.

“Best comparison is to former Knight Bo Horvat and it’s not off.” – Jeff Marek, Sportsnet

“He is a highly skilled offensive pivot who uses speed and creativity with the puck to create time and space to work the middle of the ice. Offensively, he has a very high ceiling and that’s why he’s slowly gaining momentum as a first-round candidate come June.” – Brock Otten, OHL Prospects

He might not come into the league as a top-six forward, but with his offensive ceiling where it is, he should have the ability to develop into that type of player. He’ll be an important part of an NHL club at some point in his career if he can continue to push his offensive game and maintain the same composure he plays with now in his own zone.

Thomas had quite the year in 2015-16. He won gold at the under-17 World Hockey Championship as part of the Canada White team, while being part of the successful London Knights club that went all the way in his rookie season. The Knights and Thomas went on to win the OHL championship before going on to win the CHL’s Memorial Cup to top off the year. 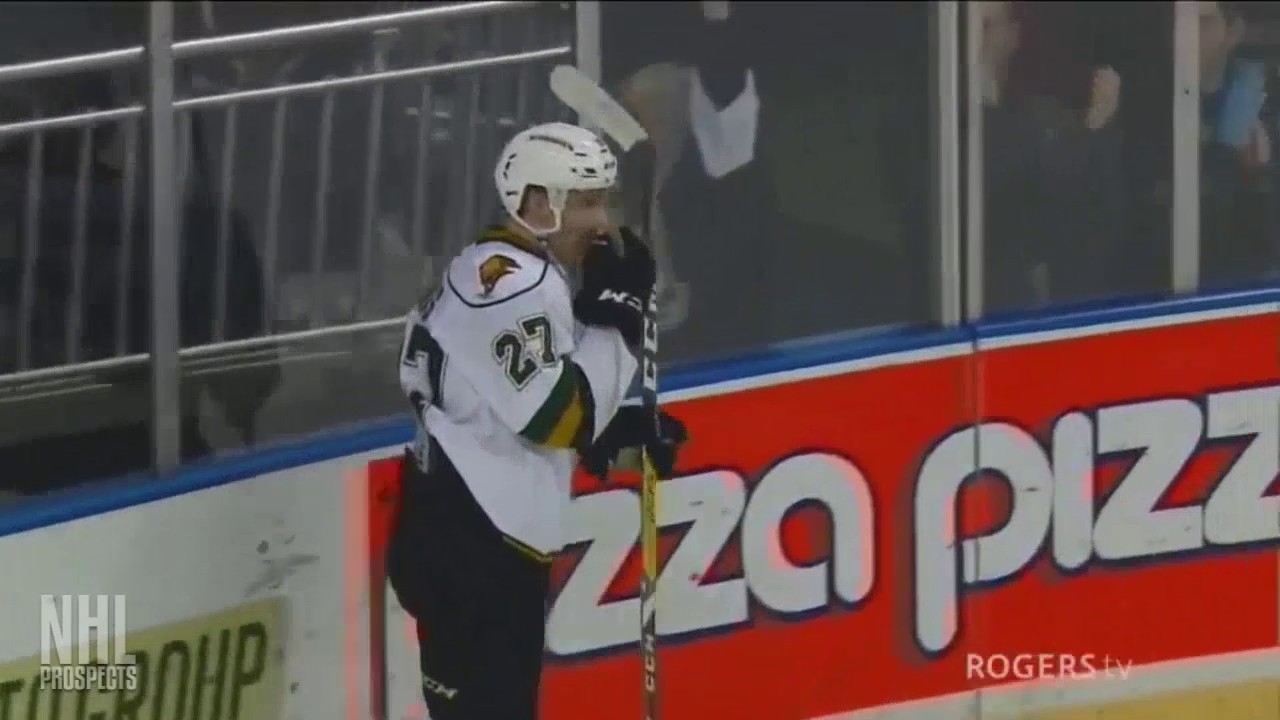