In Saturday’s game against the Columbus Blue Jackets, the New York Islanders had a tough break, losing Ryan Strome after he was boarded by the Blue Jackets’ Andrew Bodnarchuk.

After the hit, Strome played a couple more shifts before leaving the game for good.

On Sunday, coach Jack Capuano updated Strome’s situation, saying that Strome “felt pretty good” but that the team didn’t have enough time to do a proper evaluation of him prior to Sunday’s game. The team will have Strome sit out of Sunday’s match against the New Jersey Devils, officially listing him as day-to-day.

Bodnarchuk caught Strome squarely between the numbers on the play and wound up getting a two-minute minor penalty for boarding on the play. 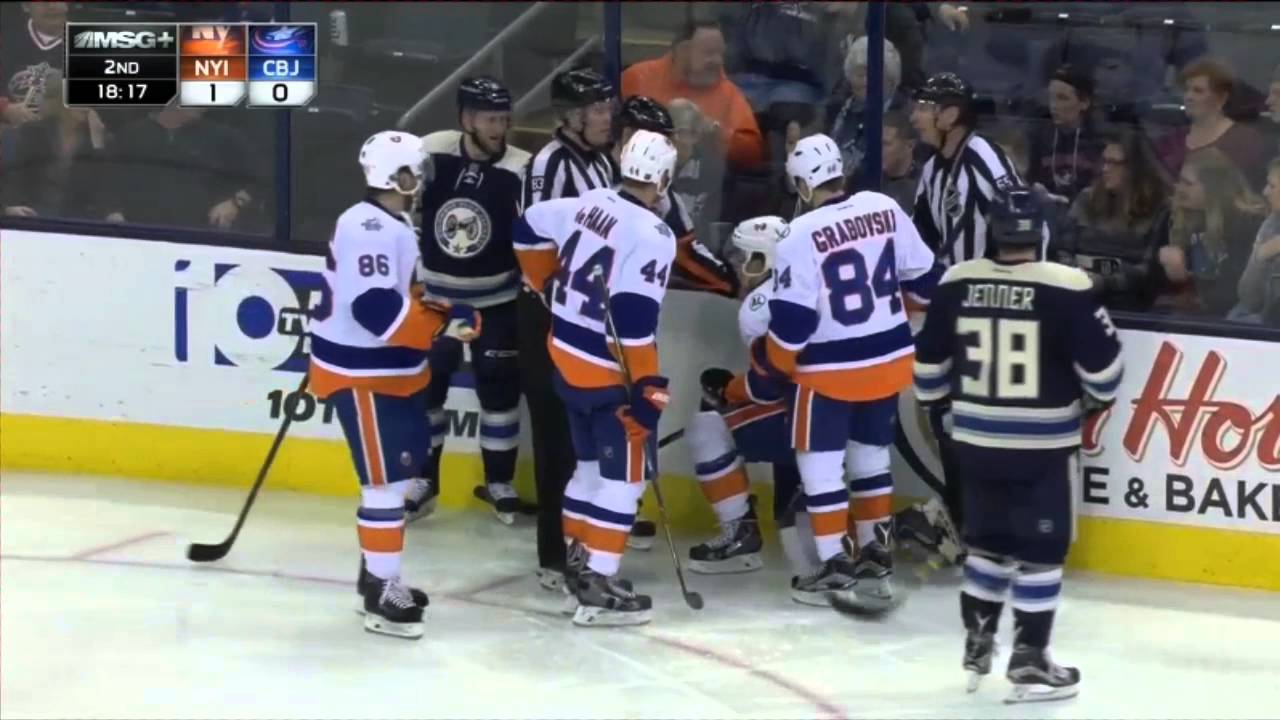 With Strome out, the team will be making a few changes for Sunday’s game, starting Thomas Greiss in net, bringing in Steve Bernier in place of Strome and returning Cal Clutterbuck to the lineup.

There was speculation that Clutterbuck would be ready for Saturday’s game, but, like with Strome, the team chose to play it safe and kept Clutterbuck out of the game to give him an additional day for recovery. Clutterbuck will enter the lineup in place of veteran Eric Boulton.