After being selected during the first round of the 2017 NHL Entry Draft, Russian forward Klim Kostin moved to St. Louis right away. In this translated interview, originally appearing on the popular Russian website Sovsport.ru, St. Louis Blues prospect, Kostin talked about his first steps in the NHL, the difference between the NHL and KHL, and discussed the great environment in St. Louis.

Pavel Lysenkov: Recently, you got a lot of attention because of your fight with Devin Shore against the Dallas Stars. What happened there?

Klim Kostin: I made a clean hit. I didn’t think about injuring anyone. But I was assaulted from two sides. I had no chance, I needed to fight.

PL: You showed good technique. Did you have boxing lessons?

KK: Never in my life. I only fought once in the MHL when I was sixteen years old. So, it was the second time in my life.

PL: The crowd in St. Louis cheered a lot.

KK: I thank our fans for their support, but I was sad because our team lost at home.

PL: It was just a preseason game.

KK: Every single mistake can cost you the spot in the lineup. There is a lot of internal competition, many forwards are on a one-way contract. There are many good players. You can’t play bad and expect a spot in the NHL. 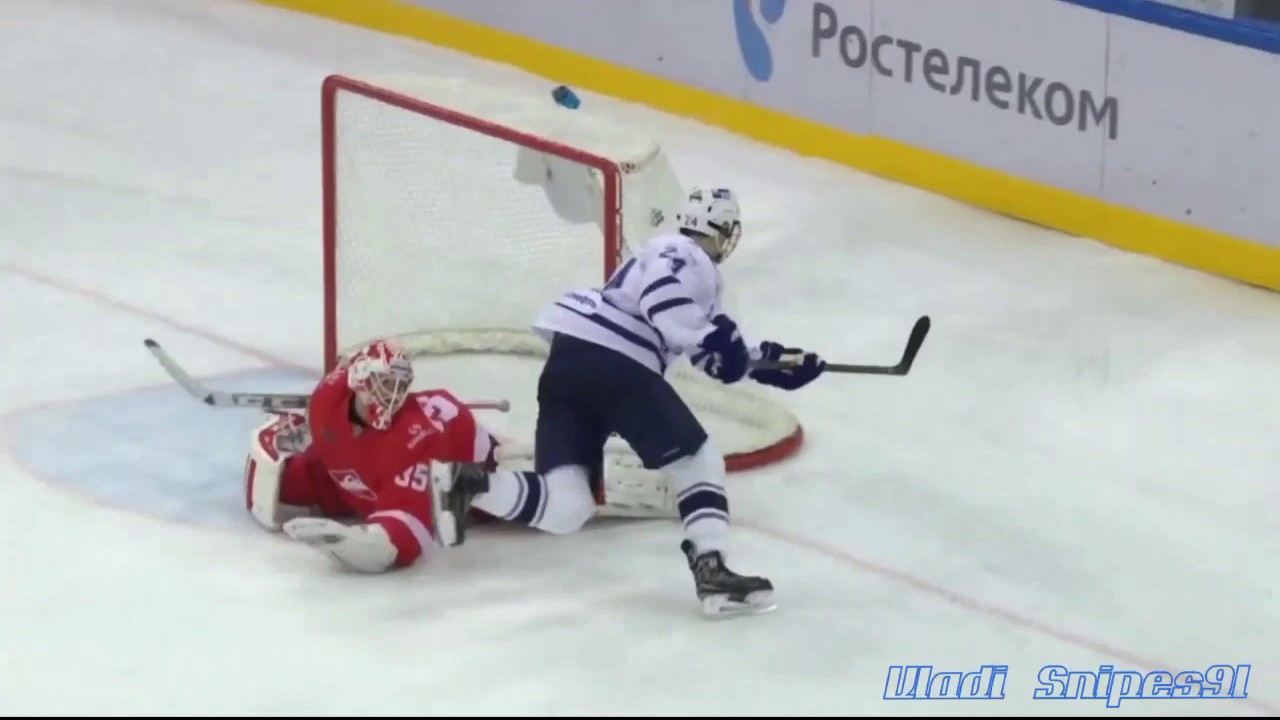 PL: In that same game you had a great hit on Roope Hintz. The fans were very happy with it as well. Is playing Ovechkin-style typical for you?

KK: I am not a fan of hitting other players for the sake of it or so that my teammates will tell me “well done”. I am against unnecessary rough play. I play according to the rules to separate the opponent from the puck. Regarding that hit, it was just a case that Hintz flew away that way.

PL: As far as I understand, your serious injury is now a thing of the past.

KK: Nothing is worried anymore about it. I couldn’t even remember.

PL: Is there a big difference in rules between the KHL and the NHL? Was it hard to adapt?

KK: In the NHL the rules are changing. Clean hits aren’t punished. You aren’t getting a penalty even if you raise your elbow a little bit. Not like in the KHL, where you will get a penalty even for a small hit. However, in the NHL they try to limit hitting the hands or the stick of your opponents. It’s just the details, but you need to play with more technique.

PL: What about practices?

KK: Practices in the NHL last 50 minutes to one hour maximum. But then you’re tired like you unloaded a train because practices are really intense. You are paid good money. You need to earn that not only during the games but also when you practice, at every moment. Even when you go to the gym you need to work hard and show what you’re worth.

PL: You scored in two other NHL games.

KK: In one I was lucky, I pretty much shot in the empty net. Ivan Barbashev gave our partner a great pass, and he gave it to me between the legs of the defenseman, on the far post. I just needed to put my stick in the path. The second goal. In our zone, [Tage] Thompson outplayed two players and gave a backhand pass to [Wade] Megan and I was again on the far post. He gave me a great pass, and I had the puck right on my stick. Generally speaking, I can just be grateful to have such teammates.

PL: When rookies get told “Find yourself a place in the city,” it means that they will play in the NHL. Did you hear that phrase?

KK: Not yet. I have a paid hotel room. This is, for now, the most important moment in my career. I don’t know if I’ll play in St. Louis or in Houston (AHL), I’m just playing and waiting for the final decision. In such a team like the Blues, scoring goals is not enough.

Everything is important, the way you get back on defense, the way you help your teammates, everything. You can even score a hat trick. You were lucky three times, and all. But if you don’t understand NHL hockey and you don’t play effective NHL hockey, you’re not going to get a spot. That’s why I’m doing whatever I can to show exactly that. And then we’ll see.

PL: Is the Calder Trophy your goal for next season?

KK: Of course. You always have to set the highest goals. Why not?

KK: Vladimir Tarasenko is an incredible guy. So is Ivan Barbashev. I’m grateful to have ended up on such a team, with those Russian players. They are good-hearted and always ready to help. I feel great here in St. Louis.

PL: How do you spend your free time?

KK: Mostly with Ivan Barbashev and his wife Ksenya. Every night we go and eat somewhere or just to walk in the park. We also play golf. Sometimes we meet with other American and Canadian guys. Or sometimes we eat with Vladimir Tarasenko. All the guys on the team are very friendly.

PL: Did you already buy a car?

KK: Not yet as I don’t know where I will play next. But the guys are happy to drive me.

PL: Do you follow your home club Dynamo Moscow?

KK: Of course, I check the results of every game. And when I have time I buy the streaming of the games.

KK: I know him very well. He was picked in the draft right before me, with the 30th pick. I watch most of his games, it’s truly interesting.

PL: Last year you played for Dynamo Moscow, but with an average ice time of just 4:30.

KK: Four minutes looks huge. I played one minute and a half in three games. In two games I didn’t play at all. Against Spartak I played some six minutes. I can’t understand the average of more than four minutes. I was always dressed as the thirteenth forward, and I don’t even mean the power play. I’m not criticizing Dynamo Moscow, of course. I understand that the team had more experienced players. But if Russian hockey wants to develop new stars like Ovechkin and Malkin, the teams need to trust their young players, and not sit them. Everyone will always make mistakes. But with trust, a young player can develop faster and become a good player.