Just who is Steve Moses?

Chances are you don’t recognize this name, which is understandable considering he was never drafted by an NHL team and has spent his past three seasons playing for Jokerit of the KHL.

Despite this, it is a safe bet to say you will be hearing the name Moses quite often in the near future, especially so considering he just set a new KHL goal scoring record.

Steve Moses is a 25 year old right winger who was born in Leominister, Massachusetts.

A right handed shot, Moses developed his game throughout four seasons with the University of New Hampshire Wildcats, where he played alongside both James and Trevor van Riemsdyk as well as Phil Kessel’s brother Blake. Known largely for his goal scoring abilities, Moses netted 22 goals in his final season as a Wildcat, in which he recorded 35 points in 37 games.

At the conclusion of his NCAA career, Moses played his first games in professional hockey with the New York Rangers’ AHL affiliate, the then Connecticut Whale, where he recorded two goals.

Since he hadn’t been drafted and was a free agent following the 2011-12 season, Moses signed with Jokerit, based in Helsinki, Finland.

It is with Jokerit where Moses has begun to make a substantial name for himself in the hockey world. 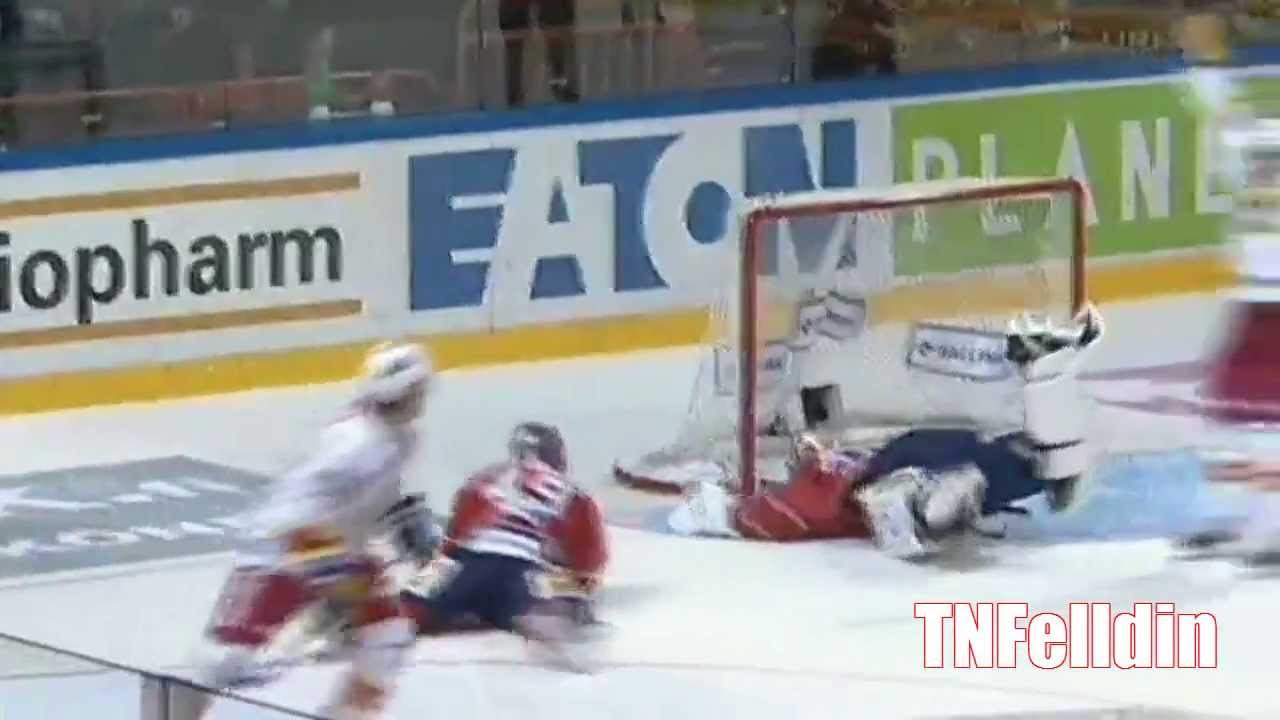 Now in his third season with Jokerit, Moses has become well-regarded as one of the top goal scorers in the KHL. In his first season with the team in 2012-13, Moses netted 22 goals and 38 points in 55 games, a great amount of offensive production considering it was his first full season of professional hockey. In his second season, Moses took a step back, recording a mere 12 goals and 23 points in a shortened 42 game campaign.

Yet in his third season with Jokerit, Moses has exploded offensively, production which has made Steve highly sought after by many NHL clubs. Moses recently shattered the KHL single season goals record with his 36th tally in only 57 games. His 57 points in those 57 games put him on a point per game pace to finish the season with three games remaining.

Is Size an Issue?

The only drawback in Moses’ game, and likely the reason he went undrafted in the NHL is his size. At 5 foot 9 and 170 pounds, Moses is much smaller than the average NHL player, a fact which was likely largely considered by NHL teams during the time Moses was a free agent.

Yet despite his size, or lack thereof, former teammate and roommate James van Riemsdyk had nothing but praise for Moses when asked about his game.

“He skates like the wind,” van Riemsdyk told Chris Johnston of Sportsnet, adding that Moses is “really well built” and “won’t get thrown around over here.”

Multiple NHL teams are reportedly interested in Moses’ services, namely the Edmonton Oilers and the Columbus Blue Jackets, whose current General Manager Jarmo Kekalainen was formerly in the same role with Jokerit and originally signed Moses in 2012.

As we have seen in recent years, players who are smaller in stature are becoming increasingly successful in the NHL despite the increasing demand for players with size and skill. Brendan Gallagher of the Montreal Canadiens, Brad Marchand of the Boston Bruins and Mathieu Perreault of the Winnipeg Jets are just a few players of similar size who have had considerable success in the NHL.

At the end of the day, Moses’ goal scoring prowess has made him one of the most highly sought after skaters playing outside of North America. Based on his proven abilities, it would be realistic to expect an NHL team to sign Moses in order to see if he would be able to translate his success in the KHL to the NHL level.

It will certainly take the right deal to make this happen, however based on Moses’ exceptional skills, one would have to believe it is only a matter of time before Moses puts on an NHL jersey for the first time.