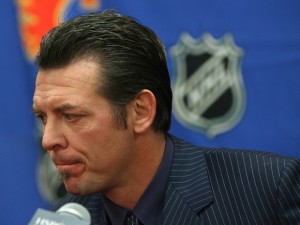 Go figure.  After spending three days editing the roughly 1500 pictures I took last week and getting my sources together for an NHL culture piece, I have found myself faced with the choice of going forward with business as usual or addressing the issue I have written about today.  For those of you who are waiting for your weekly dose of life in the Nashville hockey community? Its coming. The guys on the roster in NSH are devoted dads, mentors, uncles, family friends and siblings, so I know child safety is an issue  close to their hearts.  I think they’d back me up in saying this is important enough to get bumped up to immediate publication -jf

magical thinking – A behavior modality which  operates on the assumption that outcomes are determined by unrelated actions.   In group sitiations, it can manifest in the attitude that catastrophic happenstances are the result of incorrect choices made by the victims.  Conversely, it is also acted out in the belief that proximity to success will lead to a similar result.

In creating taxonomoies of human behavior, many early twentieth century anthropologists* loved to present what they termed “magical thinking” as something that happened only in so-called “primitive cultures”.  Sir Edward Tylor even went so far was to refer to it as “pre-logical”.  Okay, in that instance E.B. Tylor was correct.** It isn’t logical, but it is not necessarily a behaviour that is the exclusive to non-western, animistic-believing groups.

Last week, what started out as a typical argument that can happen when people speculate about who is going to raise the cup in May*** turned very ugly.  NHL alum Theo Fleury posted on Twitter that the Vancouver Canucks would fall to an upset in the first round.  He got a dose of the usual flack that sports talking heads get.  And let’s face it, when you set yourself up as the name above (or just below) the title, you know that every opinion and thought experiment you put out there is fair game for scrutiny by your readers.

The problem was that it went beyond disagreement about one man’s opinion and turned into a handful of anonymous people declaring war on Fleury as a person who attacked him for reasons that had nothing to do with his thoughts about VAN. It might scan to some as nothing more than trash talking that got out of hand.  It points to a bigger social issue, one that makes people like Fleury feel the need to expose their own issues so publicly.  There are many who think that sexual abuse cannot happen to men and boys. To admit to what is still viewed in some circles as hazing or a part of coming of age is to somehow assert the idea that maybe the male who can’t handle it silently and in private is too fragile to be considered a fully grown man.

Given the cultural environment in which Fleury grew up and works, it is understandable that this admission would be met with fear and loathing. The subconscious response his discosure is “What did Fleury do wrong that I can avoid so it doesn’t happen to me/my son/my brother/etc. ?”  Fleury’s testimony about the sexual abuse he suffered at the hands of his junior league coach polarised many people who felt that instinctual fear.  They don’t want to think it can happen so easily and that it can happen in hockey.  To respond that way is a simple question of human nature, but it doesn’t make it right. Bringing Fleury’s work for awareness and prevention as a point of attack goes beyond the boundaries of good, spirited discussion about hockey.  It is destructive on so many levels and the outrage that has been generated towards this small, nonrepresentative group of Nucks  fans¹ is completely justified. To attack Fleury on those grounds sends the message to other people who might be thinking about getting help that what happened to them is a point of shame and they are somehow deserving of being or at least feeling liminalised.

Sexual abuse at any age is not something anyone should have to go through. For children, it is infinitelyworse. Most attacks on children happen long before they have developed a clear picture of themselves as sexual beings. The perpetrators are more often than not people they are supposed to trust to protect them from harm.  Their abusers are often seen by others as saintly, loving authority figures. To go against popular opinion is to risk being ostracised, possibly exposed as undeserving and ungrateful. Most victims who get care are either brave and resourceful enough to risk seeking it out or they have the good luck to be discovered by social workers, clergy, teachers, friends or law enforcement who intercede on their behalf.

Even if they are lucky enough to get care and are moved to a safer environment, recovering from the damage is a long, difficult process. I know from working with abused children that the fear of assault and abdication of control because they have had to keep themselves safe instead of being loved and kept safe can last for  a long time. The hugs and celebrations that occur with daily successes? They can’t happen, at least not for a while. That child has dealt with too many people with twisted agendas to trust any adult who tries to touch them in any manner.

The kids who aren’t lucky enough to get help survive any way they can.  Sometimes they enter adulthood having to learn healthy love and trust at a much later age than most of their peers. For some it is the struggle to fit in and be normal, to fake that everything is okay until it feels that way.  For others it can lead to acting out, maybe even becoming abusers themselves.  None of this has to be the case. When people like Theo Fleury come forward and offer their voice as not only a victim and survivor but as an advocate for others, it gives those who have suffered, sometimes for years, in slience the courage to find their voice.

Theo Fleury is an abuse survivor. He is also someone who handles what has been thrown his way lately with humour and a degree of grace that can only come from having a solid brass set and loving support from the people closest to him.  His life is part of the collective historic continuum that makes up hockey.  We’re all a part of that whether we’re on the ice or behind the bench or the camera or the keyboard. We’re a part of that as the collective seventh man cheering from the stands.   He is one of our own.  He is also a hero to many who at the very least know they’re not alone and they’re not to blame and at the very most might speak up and encourage others to speak up.  You don’t have to agree with his predictions about Vancouver², but decency requires that you respect his good work.

*Yeah, I’m looking at you, Tylor, Pritchard, Frazier and Levy-Brul.

**Tylor was a linear boy who followed the school of cultural evolutionism.  Now we know better.  Humans are far more complex than that.

1  And let me add here that this should not be used by anyone as an indicator of the attitudes of the Canucks organisation or the majority of their fans.  Please. We’re all smarter than that, or should be.