For part two of this three-part series about taking an NHL face-off, The Hockey Writers talked with 28-year-old center Travis Zajac of the New Jersey Devils, a veteran of 471 games over his seven  NHL seasons. In the 48 games he played in last season, Zajac took a team-high 881 face-offs, winning 506 of them (57.4%) which ranked 7th overall in the NHL; his percentage was a shade higher on the road than at home.

As someone who has covered Zajac for his entire career, he was a bit more comfortable giving us some more in-depth answers than the younger Jacob Josefson was in Part 1 of this series from last week which you can view here:

The Face-Off: Through the Eyes & Mind of an NHL Player (Part 1)

Based on the numbers listed earlier, it’s somewhat safe to say that the Winnipeg-native knows a thing or two about taking an NHL face-off. He is the Devils no.1 center, hands down and like his predecessors, coach Peter DeBoer doesn’t hesitate to put Zajac on the ice to take draws in all and every situation possible.

When Zajac was hurt during the 2011-12 season DeBoer was eager to get a player of his stature back into his lineup: “He plays such a smart game. He makes other people better. His game isn’t just about one aspect. It’s not just about speed or just about physical play; he does so many things well.” One of the things Zajac does very well is taking face-offs and as DeBoer mentioned he’s a smart player, which comes across in our conversation during the final week of the 2013 season.

Zajac is also very good at scoring goals too, as he does here early in a game against the Flyers: 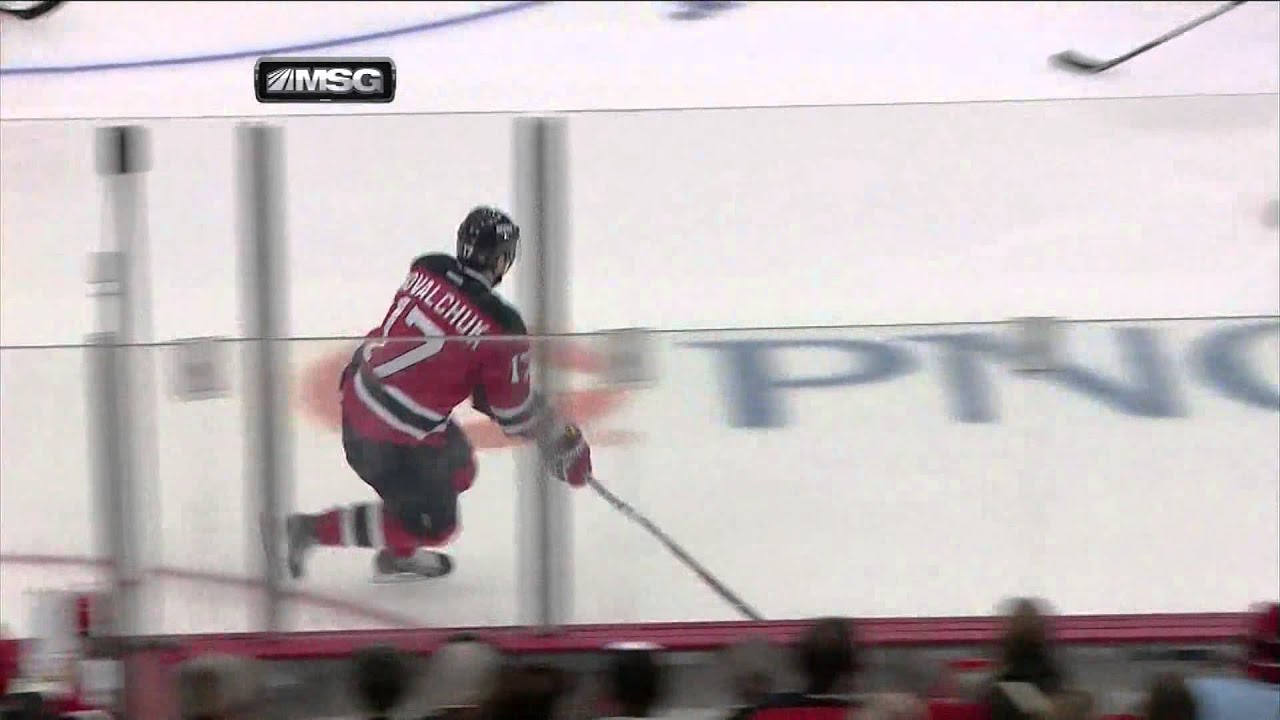 The Hockey Writers: What goes through your mind from the time you leave the bench until you glide into the face-off circle?

Travis Zajac: You look at where the draw is, whether it’s in the offensive zone, the defensive zone. You look at who you are up against, different guys have different tendencies; and you learn more and more about them the longer you play (in this league). You go out there and try not to lose the draw, that’s what my mentality is. Try to get puck possession — I think team’s that have the puck, usually have a better chance to create things offensively; (smiles) you always want to start with the puck.

THW: Do you pay any attention to who the linesman is? Do they have different styles of dropping the puck?

TZ: Yeah, I think after the first couple of face-offs (in a game) you kind of know what to expect. Every linesman is different it seems like; like I said when you’re in this league for a while you know their tendencies. There’s a lot that goes into it, it’s a battle right from the start and you want to win that first one (to give you some confidence).

THW: How important do you think the opening face-off of a game is? You’re a player that plays on the top line usually and therefore you take a lot of those.

TZ: I think they are very important; anytime you can win a face-off and get the puck into the offensive zone it makes the game a lot easier. You never want to be stuck in your own end the first shift of a game, especially when you are trying to score goals — which is the name of the game.

THW: We talked during your rookie year about taking face-offs and you basically said you were just trying not to lose them. Now that you are a veteran of almost 500 games, when you see a younger player skate into the circle against you do your eyes light up, do you lick your chops?

TZ: (laughs) Yeah, I’d like to think I have a bit of an advantage in those situations. Every guy is different though, so you don’t try to take anyone too lightly.

Next week in Part 3, we talk with Dainius Zubrus of the New Jersey Devils for some more face-off insights & tips.

Part 1 of this series with Jacob Josefson