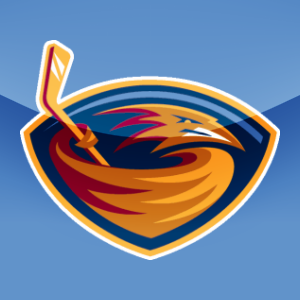 Let’s get to the action from this afternoon’s loss. Four minutes into the game Captain Andrew Ladd found the back of the net for his 29th tally of the season, giving the Thrashers a 1-0 lead. Forwards Bryan Little and Nik Antropov with the helpers. Backup goaltender Chris Mason stopped all nine shots he faced in the first frame.

Things became much of the same though, as the Pittsburgh Penguins score four unanswered goals against the Thrashers in the 2nd period, giving Pittsburgh a commanding 4-1 lead. Four different forwards scored goals for Pittsburgh, Tyler Kennedy (21), Pascal Dupuis (17), Michael Rupp (9) and Mark Letestu (14).

The Thrasher’s had a total of 23 shots on backup goaltender Brent Johnson through two periods of action.

The Thrashers managed to register 16 shots on goal in the 3rd period and 39 for the game, outshooting the Penguins by 20.

Thrasher fans were upset during today’s contest as Penguin defensemen Zbynek Michalek tripped forward Bryan Little on his breakaway pursuit to the Penguin net. No call was made on the play, prompting a fan to send a drink onto the ice in the defensive zone.

The Pittsburgh Penguins have defeated the Thrashers 12 times in the last 13 games now. The Penguins who will face Tampa Bay in the 1st round of the playoffs, finish the season with 49 victories. They were without the services of forwards Jordan Staal, Chris Kunitz and James Neal.

The Thrashers end the season with back to back losses.

“Disappointment. We had a goal this season and weren’t able to reach that goal. Everybody in here should realize it’s not good enough,” Captain Andrew Ladd said.

Heading into a longer off-season then originally anticipated, the Atlanta Thrashers are excited about the promising additions to the lineup, and taking valuable steps forward. Right now, that’s the only thing they can do as their summer officially begins.