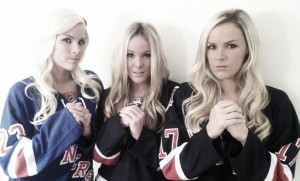 Picture this: three tall, lean, athletic Swedes in hockey jerseys. And I’m not talking about the three ladies in the picture (sorry gentlemen). I’m referring to the Swedish line on the Bridgeport Sound Tigers which, quite honestly, might be more blood pumping for hockey fans. David Ullstrom, John Persson, and Johan Sundstrom, commonly referred to as the UPS line, are one of the most dynamic combinations in the American Hockey League. All born and raised in Sweden, they played most of their youth hockey overseas. Within the last few years, the three were drafted by the New York Islanders and are now gaining experience with the Islanders’ AHL affiliate, the Bridgeport Sound Tigers. Individually, they are talented offensive players, but combined, they are a powerful force and one the Sound Tigers depend on for scoring.

David Ullstrom was selected by the New York Islanders in the fourth round of the 2008 NHL Draft. He got his first taste of the NHL at

the end of the 2011-12 season, and he recorded four goals and four assists in 29 games. For the 2012-13 season, he was sent to the Bridgeport Sound Tigers to further develop his skills. At 6’3 200, he is a big player who skates very well for his size. His scoring ability seems natural, as he led the Sound Tigers in goals last season and was projected to be among the top goal scorers on the team this season. At 23 years old, Ullstrom is the most experienced player on the UPS line. He was expected to be a leader for his linemates and he has been performing accordingly. The Sound Tigers are 29 games into their schedule, but Ullstrom has been in and out of the line up with injuries. In the 18 games he has played, though, he already has four goals and 11 assists. In his last game against the Connecticut Whale on December 26, Ullstrom had one goal and three assists, tying Colin McDonald for most points in a game this season.

John Persson was drafted by the Islanders in the fifth round of the 2011 Draft. Persson is built similarly to Ullstrom. At 6’2 209, he has very good size (and also shoots lefty). He played 12 games with the Sound Tigers last season and contributed four goals and four assists. Already this season, he has nine goals and seven assists. Persson is only 20 years old so the Islanders are excited to watch him develop and improve his skills with the Sound Tigers. Lately, Persson has been very effective for Bridgeport. In the team’s win against the Syracuse Crunch to end an eight game winless streak, Persson contributed a goal. Sundstrom also scored off a rebound from an aggressive shot on goal by Persson.

Johan Sundstrom was drafted by the Islanders in the second round of the 2011 draft, making him the highest drafted of his fellow countrymen on the UPS line. At 6’3 196, his size and strength are impressive. At only 20 years old, Sundstrom played his youth hockey in Sweden, most recently winning a gold medal with the U20 team at the 2012 World Junior Championship. This season, he has eight goals and 12 assists, and is fourth in points on the Sound Tigers. On November 23, in what was arguably the best line play for the Sound Tigers the season, Sundstrom had two goals and one assist in a loss against the Connecticut Whale. More impressive, though, is the fact that the UPS line scored four of the team’s seven goals.

Watch the typical aggressive play of the UPS line, most evident against the CT Whale on November 23: 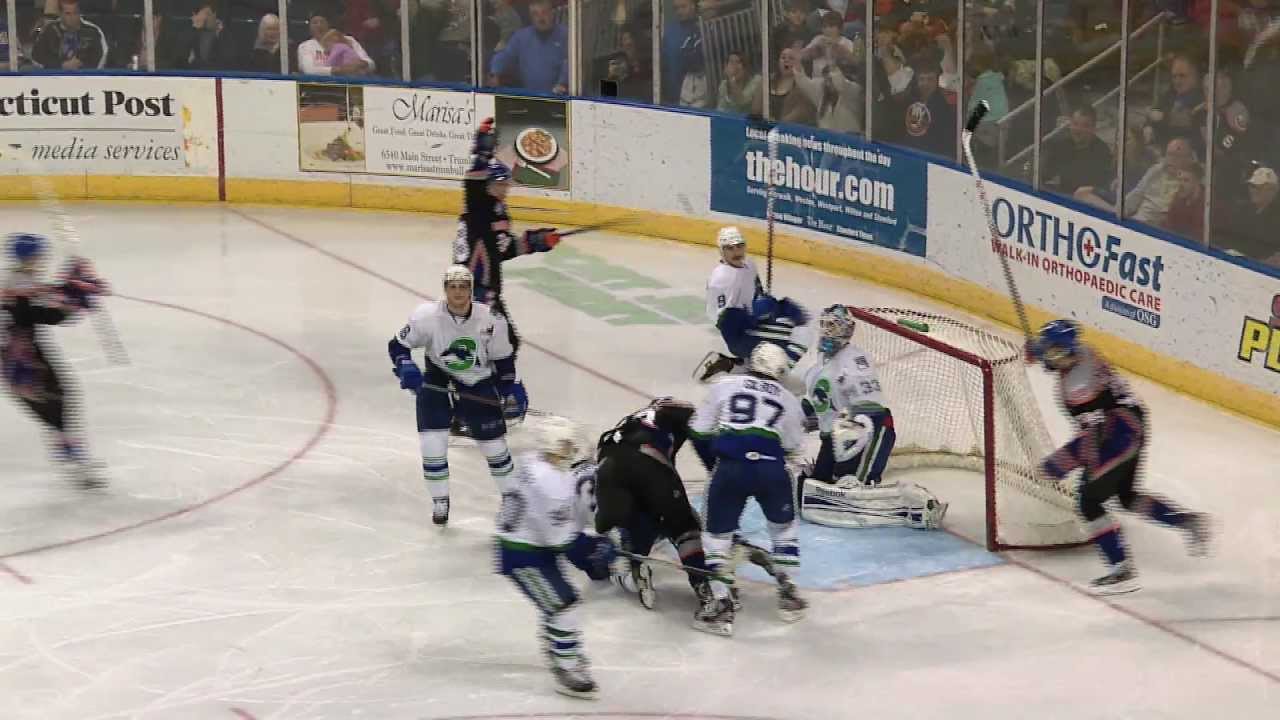 Growing up and playing hockey in Sweden, the UPS line possesses all the attributes of European style hockey. They are very disciplined and controlled with the puck. They are not flashy, but instead very aggressive and smart, which helps them get it done on the ice. They use their speed to create offensive chances off the rush. For the Sound Tigers, and true hockey fans, it is a treat to get three offensive players with the abilities of Ullstrom, Persson, and Sundstrom on the same team, let alone on the same line (and for the ladies, it doesn’t hurt that these men are extremely good looking). The Sound Tigers are currently second place in the Northeast Division, only a few games behind the Springfield Falcons. With the amount of young talent this team possesses, including the UPS line, Islanders fans should still be excited about hockey even as the lockout continues. Watching the Islander’s AHL affiliate this season should give fans a taste of the players that could be lacing up in Brooklyn in the near future.