Place of birth: Toronto, ON

Victor Mete is in his sophomore season with the OHL’s London Knights after being acquired in a trade with Owen Sound before he had stepped foot on the ice with the Attack. After tallying 23 points in his freshman season and being named to the OHL Second All-Rookie team, Mete has upped his game and notched 38 points (while being a +53) for the second place London Knights.

A flashy puck-moving defenseman, Mete has had to overcome his small stature to play at such a high level, as he stands just 5’10” and weighs in at just 174 pounds. While this could be a hindrance to Mete, his elite-level skating ability more than compensates for his lack of size. While his great skating allows him to jump into the rush on the attack or keep pace with opposing forwards in the defensive zone, Mete’s greatest strength is his offensive instincts. He knows exactly when to jump into the play or make a quick pass, and is already getting time on London’s stacked top power play unit due to his lethal passing ability in the offensive zone.

Despite his reputation as an offensive-minded defender, Mete has improved by leaps and bounds in his own end and even lined up on the penalty kill at some points last season. With a shorter reach than most defensemen, Mete uses his superior skating to his advantage and stays in good position in his own zone. He also isn’t afraid to mix it up, although he can lose some physical battles below his own goal line and can sometimes get pushed off the puck by larger forwards. With his solid improvement over his rookie season, Mete was playing big minutes in all situations by the end of the season and showed the potential to become more than just an offensive specialist in the NHL.

Mete presents a risky proposition for a drafting team, as his high-profile OHL draft slot and flashy offensive abilities seem poised to keep his draft stock relatively high. His strength and size is a concern, but his well-rounded game and high potential still make him an intriguing prospect to watch in the coming years. Playing on a stacked team, if Mete can take another step in the OHL playoffs then his draft stock could skyrocket to an early 2nd round pick.

Mete is among the best offensive defenders available in the draft, but teams are often hesitant to take undersized defenseman with a high pick (see Joe Hicketts, 2014). While his small size is concerning and could hinder him in the NHL, his offensive skills are good enough for a team to take a chance on him before the end of the third round.

Undersized defenseman with great poise, decisions, feet, skill set, and offensive capabilities. Decent at handling most attackers one on one, boxing them out. Is calm with the puck and is a terrific puck mover in the offensive zone and on the power play. Excellent with his decisions with the puck on the PP. Needs to get stronger and thicker if he is going to project as an all-around pro.

Mete is an elite skater. It’s that skating ability that opens up options for him, whether it’s skating the puck out of danger or eluding a forechecker and getting himself into position to make a clean breakout pass. He has a decent shot and can quarterback the powerplay. Despite the lack of size, he uses his skating abilities to put himself in position defensively and combined with his active stick and surprising strength, keeps players much bigger than him to the outside. He’s also not afraid to battle down low and in front of his goal and it’s surprising how often he skates away with the puck.

Mete’s offensive instincts are impressive, but his small stature makes him a riskier pick than most other defenders. However, his skating ability and potential as a power play quarterback could make him a valuable contributor on a second pairing as an offensively-minded blueliner. 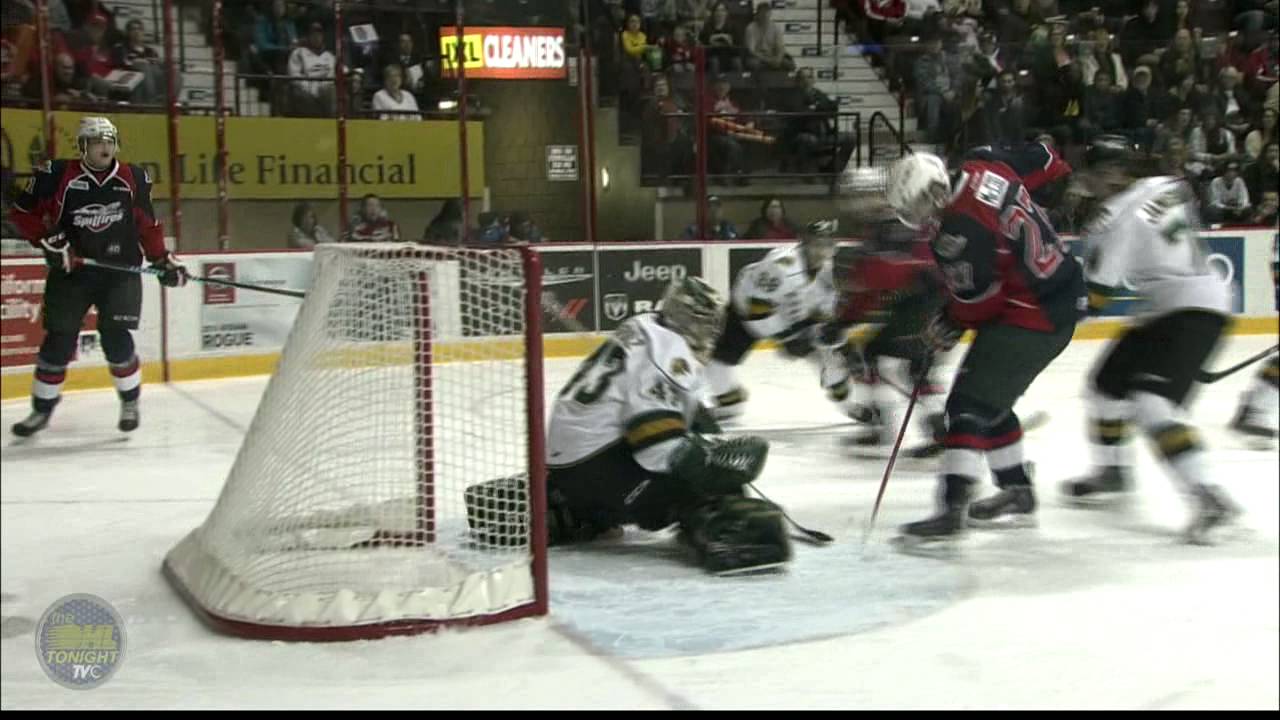 Mete was actually drafted by the Owen Sound Attack, 8th overall in the 2014 OHL Draft. However, due to his parents’ wishes, Mete didn’t report and was subsequently traded to the Knights for a package of draft picks.