Six minutes and thirty-six seconds, that’s how long it took for Vladimir Tarasenko to introduce himself to the NHL. Fifteen minutes later he made it clear that he was there to stay.

His three goals in three games is the most among the Blues forwards despite averaging 14:46 minutes of ice time per game. The stat alone is impressive enough for a rookie but it’s how he has found the back of the net that should excite everyone the most.

At first glance the only thing that seems extraordinary about that goal is the fact it came on Tarasenko’s first shot as an NHLer. But watch it again and pay attention to exactly how the breakaway comes about.

It all starts with Ian Cole taking the puck from behind the Blues net and looking up for the stretch pass. Tarasenko, who is being shadowed by a Wings defenseman, floats just behind the defenseman and that’s when Cole unleashes a perfect pass off the board. As the Wings defenseman goes to cut the pass off, Tarasenko ties up his stick just enough so that the puck slides past the defenseman’s stick and springs Tarasenko for the breakaway.

It may not seem like much but it’s a subtle move that highlights Tarasenko’s hockey IQ. By all means that play should have resulted in nothing but a scrum along the boards between the Wings player and Tarasenko. Instead it resulted in the Blues first goal of the season because Tarasenko had the situational awareness to tie up the defenseman’s stick at the right time.

Tarasenko’s second goal against the Red Wings on the other hand has extraordinary written all over it. The first noticeable thing was the speed he had entering the zone. The defenseman was on his back foot the moment Tarasenko crossed the line and could only do one of two things, play the body or play the puck. He chose the puck and the moment he lunged with his stick Tarasenko cut back to the middle, leaving the defenseman leaning the wrong way.

Before the defenseman could even recover Tarasenko had already gone from the backhand to the forehand and put the puck above Jimmy Howard’s left pad.

In the matter of a single play he had displayed everything that the scouts had been gushing over since he was drafted in 2010. The speed, the stick-handling, the offensive wizardry; it was all there and it was beautiful. 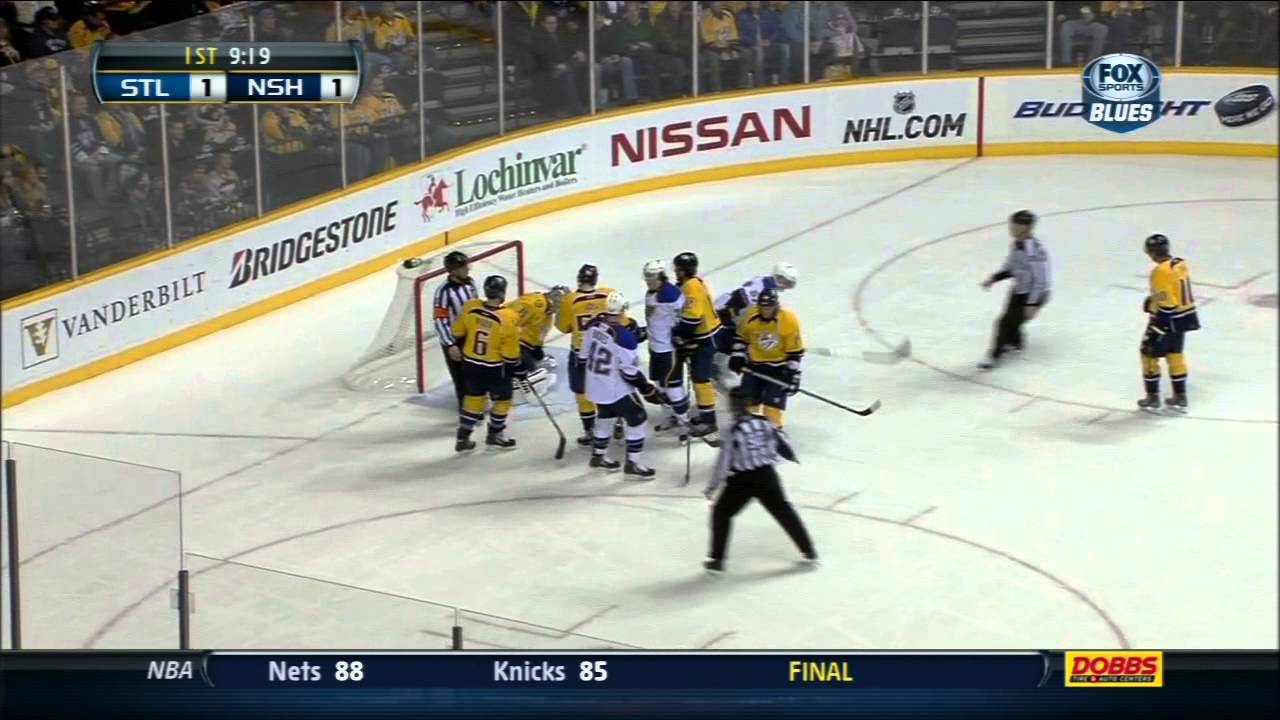 His third goal of the season is similar to the first one in that it doesn’t look like anything special happened. If anything it looks like Pekke Rinne was at fault for misjudging the puck.

The noteworthy thing with this goal is Tarasenko’s patience. He gets the puck at the blue line and the Predator’s defenseman gives him plenty of space. Tarasenko uses the space and pulls the puck back as though he is going to release a shot. The defenseman goes to his knees to block the shot but instead Tarasenko drags the puck to the middle and releases a wicked wrister that handcuffs Rinne just enough to find the back of the net.

Adam is based out of White Bear Lake, MN and covers the Minnesota Wild for THW.