The Washington Capitals had major needs to fill and they did exactly that on July 1st, the first day that free agents can officially sign contracts. New General Manager Brian MacLellan marked his stamp on the 2014-15 season with three impactful signings for the 2014-15 campaign and beyond. There are still daunting questions to be answered as many discuss whether the Capitals are a playoff team.

The Capitals added defensemen Matt Niskanen (7 years/40.25 million) and Brooks Orpik (5 years/28.5 million). The duo will hold a cap hit together of 11.25 million dollars per season for at least the next five seasons. Niskanen and Orpik along with Dmitry Orlov, Karl Alzner and John Carlson are signed through the 2015-16 season.

“We feel we’ve addressed areas where we’ve felt we needed to address,” MacLellan said during his press conference on Tuesday evening. “We needed to sure up our defense, give us some depth, give us some leadership and give us some experience. I think we accomplished that today.”

Orpik will bring a physical element to the Capitals’ defense, along with strong shot blocking and experience on the penalty kill. However, he’ll remain in Washington until his age 38 season and is coming off an injury that hindered him in Pittsburgh’s playoff run last season.

“Brooks (Orpik) we’ve liked for a long time,” MacLellan stated about his first signing at the defenseman position. “We need that style of player. He brings leadership, he’s an excellent PK player and when a young guy plays with Brooks he always seems to play better. I think we’ve got a lot of good young defensemen and if he can help them out leadership wise, conditioning wise, how to be a pro I think it will go a long way for the development of our young guys.”

Washington also found their backup goalie for the upcoming season, inking Justin Peters to a two year pact worth 1.9 million dollars. Peters will hold a cap hit of $950,000 through the 2015-16 season. Peters, 27, has a lot of upside and will get the chance to work with recently hired goalie coach Mitch Korn in his first season with the club.

“We are pleased to sign Justin to a two-year contract,” said MacLellan in a team press release. “We feel he is just entering his prime and has a tremendous upside. We look forward to him working with our goaltending coach Mitch Korn to reach his potential.”

Niskanen had a monstrous season for the Penguins last year, totaling 46 points in 81 games with Pittsburgh. He’s a strong two-way blue liner who has had a revelation since he was dealt to the Steel City by the Dallas Stars. At 27 years of age, Niskanen is entering a huge stage in his career and still could potentially become a better all-around defenseman.

“We are very excited that Matt Niskanen has chosen to sign with Washington,” said MacLellan. “At 27 years of age, he is just entering his prime for a defenseman. We feel he will be a staple on our blueline for many years to come. We have stated all along that upgrading the defense was our top priority this offseason and we feel we accomplished our goal with our signings today.”

There are still issues with Washington’s roster heading forward. They have 22 players signed to contracts on their big club for the 2014-15 season according to Capgeek.com, with just over one million dollars available in salary cap space. A trade of Mike Green could be forthcoming. Green is entering the final year of his contract and has been out of the lineup quite often the past few years. Washington is also in search of a second line center after they backed out of the Mikhail Grabovski sweepstakes. That role could be filled internally by Brooks Laich or Evgeny Kuznetsov.

Washington took care of one of their four restricted free agents, signing Michael Latta to a two year deal worth 1.15 million, a cap hit of $575,000 per season. At 23 years of age the former Nashville Predators forward made his NHL debut last season and contributed four points in 17 games for Washington last season. He also totaled 34 points in 52 games for the AHL’s Hershey Bears and could slot in as the Bears’ number three center along with time on Hershey’s power play and penalty kill next season if he can’t make the Capitals roster out of training camp.

Washington made three minor moves that will give them depth throughout the organization and likely with the Hershey Bears, the Capitals AHL affiliate. MacLellan inked defensemen Jon Landry and Mike Moore along with forward Chris Connor to one year, two-way contracts for the 2014-15 season. The trio joins the organization at an average age of 30 years old.

Landry totaled 18 points in 50 games for the Iowa Wild last season following two seasons with the Bridgeport Sound Tigers. If Landry plays for Hershey, the 6’3” 31 year old blue liner will be classified as a non-veteran. 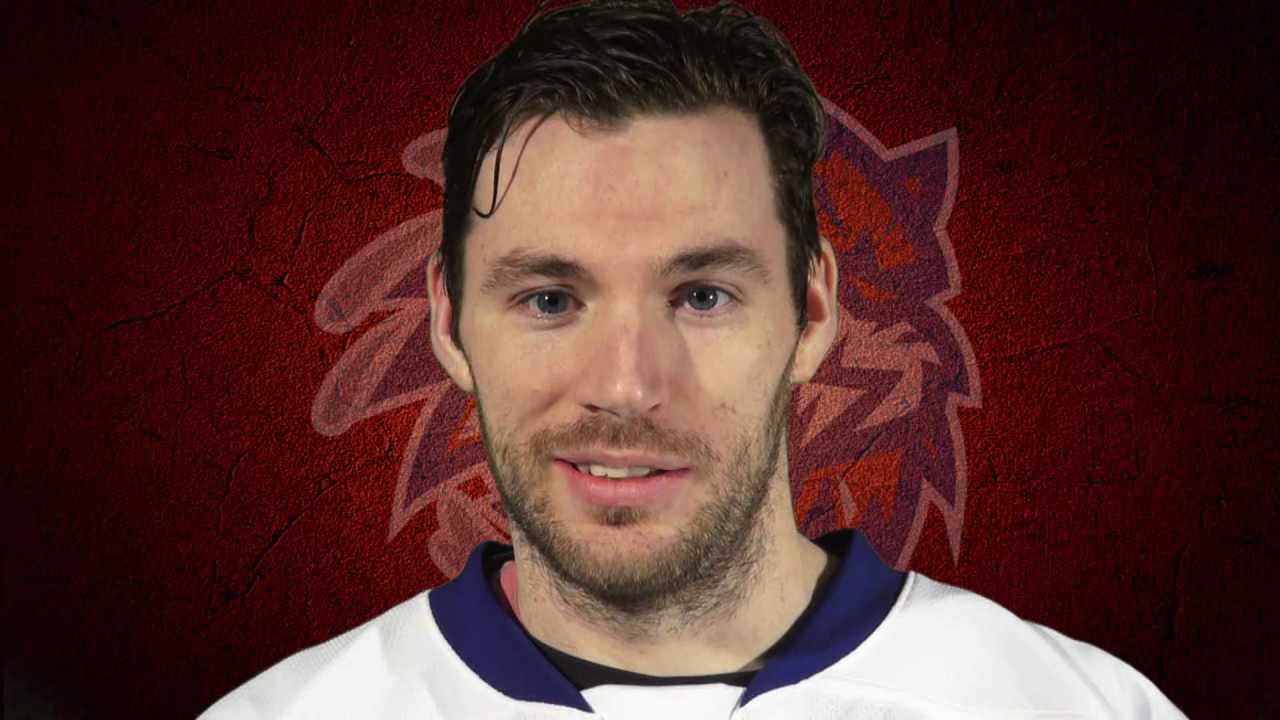 Moore, 29, joins the Capitals after spending last season as Captain of the Providence Bruins. He recorded 21 points in 75 games for Providence and enters this season with 378 career AHL games and 109 points. Hershey could be Moore’s fourth AHL club following stints with Providence, Milwaukee and Worcester.

Washington added speedy winger Chris Connor to the fold of guys on two-way contracts as well on Tuesday, inking the former Pittsburgh Penguins product to a one year deal. He’s tallied 50 points in 178 career NHL games and will be classified as a veteran if he plays in Hershey this season. He played collegiately at Michigan Tech University prior to turning pro.