As mentioned in the previous post X-Factors are vital to a team’s postseason success and we need to look no further than last year’s Stanley Cup champions the Los Angeles Kings. They are loaded with high-end players: Anze Kopitar, Drew Doughty, Jonathan Quick — but it was Mr. Game 7 aka Justin Williams who took home the Conn Smythe Trophy as the most valuable player in the playoffs. The guys is a winner, plain and simple; and when a game, series or championship is on the line – that is the kind of player that you want on your side.

Despite only registering three points since returning from injury, the Jets better be wary of the dimension that the 23-year-old Finn adds to the Ducks. Pre-injury he had accumulated 34 points (12g) including seven power play goals. If he can regain his early season form, he would allow the other Anaheim blueliners to slide back into the slots where they are a better fit — balancing out one of the elite teams in the NHL this season.

Sami Vatanen can score a variety of ways as seen here against the Blues: 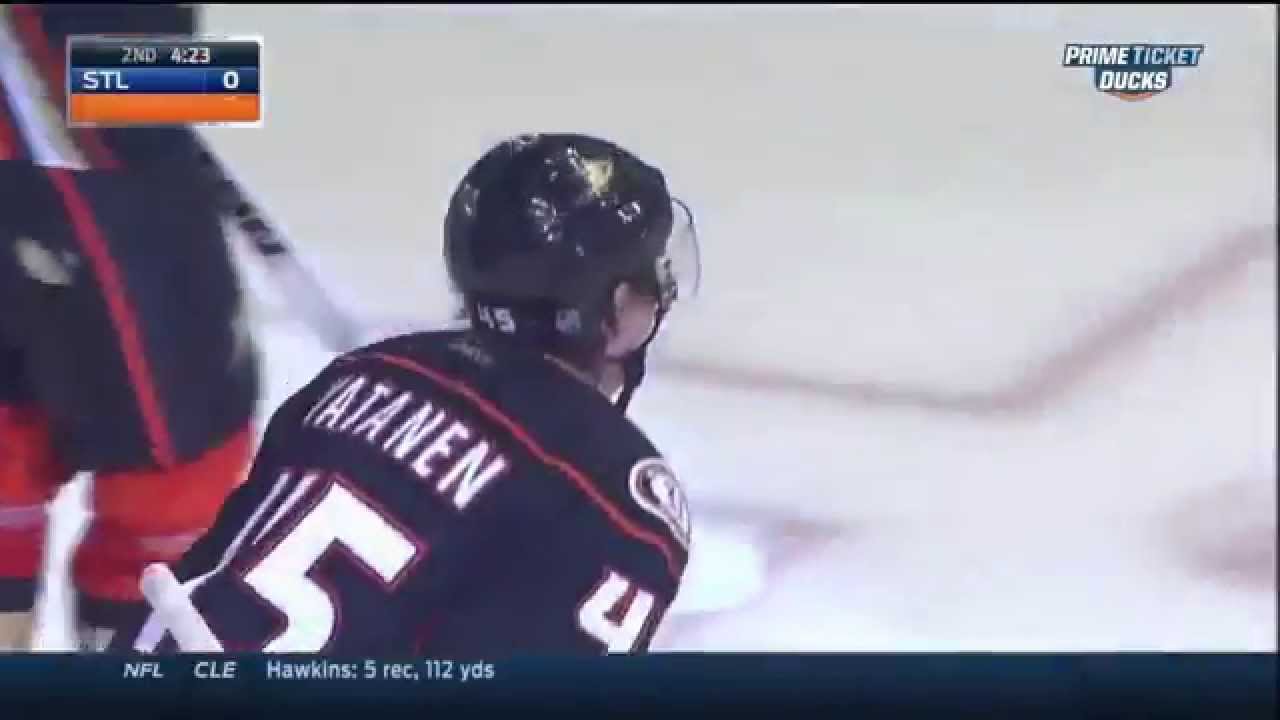 The Jets will need all of the help they can get against a team they went winless in the regular season versus and Stafford has been a nice fit since being acquired from Buffalo. This season he has scored nine goals with each team (50 games with Buffalo, 26 with Winnipeg) and although he doesn’t have the big game experience that some of his teammates do (Dustin Byfuglien, Andrew Ladd) he does have 20 games of postseason experience with the Sabres. A good series from the 29-year-old would go a long way in helping the Jets pull off an upset in the first ever Teemu Cup.

When the Canucks went to the Finals in 2011 Higgins was a late season pickup and he chipped in four goals, three of which turned out to be game-winners. Like a lot of the other players mentioned as X-Factors, Higgins plays in key situations defensively as well as on the PK and Vancouver will need to be firing on all cylinders to slow down the Cardiac Calgary Flames.

He’s only 20-years-old but Monahan already has 53 NHL career goals in two seasons, quite impressive. Another impressive aspect is this season he netted eight game-winning goals and his goal/assist totals were identical (31-31) which shows signs of a complete player; toss in ten power play goals too. The Flames are a scrappy bunch, leading the NHL in third period comebacks and they may need to tap into that magic to steal a game or two to advance past the higher-seeded Canucks. Jiri Hudler & Johnny Gaudreau will get a lot of attention on and off the ice, and Monahan should be able to continue at his pace.

Very quietly Steen is coming off his second consecutive season of at least 60 points during the regular season and now with Paul Stastny adding depth at center for the Blues they are a serious contender as the playoffs begin. St. Louis has had some unlucky match ups the past few postseasons but this group is far too talented to make another first round exit right? Steen returned from a lower body injury in the season finale and registered two points/assists against the same team they play in round 1.

As mentioned in the Eastern edition goalies are always an X-Factor in games, but the same reason Andrew Hammond was selected is the same reason Dubnyk is the choice here. His presence (and record) is the greatest reason his team made the playoffs and they face one of the steepest climbs to the Finals as a wildcard team. If he can carry over his unreal play from the regular season to the series with the Blues the Wild could run wild all the way into round 2.

Devan Dubnyk will likely need to make saves like this against the Blues:

Josi had his best season as a pro and is garnering some Norris Trophy talk; rightfully so, but we’ll really see how much his game has grown on the big stage against the high-flying Blackhawks. He already has ten games of playoff experience under his belt — his next point will be his first in the postseason, but he is a completely different player now. If Josi and the Preds defense can contain Chicago’s offense they will be in prime position to end the losing streak they enter round 1 with. The confidence that is out there to be gained if Nashville can eliminate the perennial contending Hawks is immeasurable.

For as much flack as the former Conn Smythe winner got from the New York media for his time there you’d think the guy didn’t perform in the postseason at all. The 34-year-old had two solid playoffs in three tries with the team that made it to the Conference Finals and Cup Finals. Career wise he has 90 points in 118 games and is now part of a team where he is not being relied on as much to carry the scoring burden. Any contributions he makes in a tightly contested series could swing the pendulum in the Hawks favor.