Not only did Montreal waste a perfect 9-0 start to the season by missing the playoffs, but they ended up in no-man’s land with, essentially, a mid-round first pick (ninth overall). However, it could easily be lost on fans just how close Montreal came to salvaging what might end up a lost year.

It all arguably comes down to five losses that easily could have gone the other way, and, if they had, the Habs could realistically still be playing as we speak. Granted, sneaking into the playoffs by the skin of their teeth might not be the ideal scenario for many fans.

However, seeing as the Habs finished closer to making the playoffs (11 points) than lottery-winning last overall (13), it’s just more likely… however likely bending the space-time continuum is these days. Plus head coach Michel Therrien’s still here, so you have to think that’s a rough estimate of management’s thought process, keeping him around.

So, inspired by a recent Down Goes Brown piece, here are the top five Habs losses that theoretically changed the Habs’ season for the worse:

As indicated in that very Sean McIndoe article, not only did the Habs lead by three goals in this one, only to lose in regulation, they also lost goaltender Carey Price. He slipped on a puck in a warm-up, which reportedly led to his season-ending injury later.

Another loss wasn’t as widely reported, though: Alexander Semin, whom Therrien scratched, potentially, in his mind, as a scapegoat for Montreal’s decisive first loss of the season two nights before to the Vancouver Canucks.

Semin would next get in a game a half-month later, but play in only five more before his contract was terminated. With him gone and Brendan Gallagher soon to follow, Montreal’s right side became a revolving door, with the stability of a wood bridge during an earthquake.

Now, obviously, Price was the bigger loss between the two. If you want to be a stickler though, Price got injured before, not during the game. It would still be a fair assumption that the Habs would still be alive right now with only Semin still with the team. He wasn’t necessarily a bad fit. He was seemingly just a bad fit with Therrien.

Truth be told, if you put aside his lack of points, Semin was still driving play and was a nice complement to Alex Galchenyuk on the second line. Ultimately, signing Semin wasn’t a mistake. Treating him the way the Habs did was.

As mentioned earlier, the Canadiens missed the playoffs by 11 points, with only five games on this list. However, the math does very much add up, with this gut-wrenching 3-2 loss coming against the Detroit Red Wings, who earned the last Atlantic Division playoff spot.

Theoretically, if Montreal wins this game (and the four others), they would have jumped over the Red Wings to reach the postseason. It’s not as outlandish as it seems, because this one was very winnable and included a 2-1 third-period Habs lead, which they gave up along with the go-ahead goal in a span of just over a minute.

Interestingly enough, just about the same thing happened the night before against the rival Boston Bruins. As fellow Hockey Writer Joe Marraccino tells it:

The Canadiens were on course to have a 12-point gap over the Bruins and effectively relegate their playoff push to one of the two wild-card spots in the East. Instead the gap was eight points with two games in hand for Boston. It was still a longshot, but fans in New England had reason to believe they could challenge for an unlikely division title.

Obviously, that division title didn’t materialize for the Bruins, and Habs fans everywhere can probably find some solace in the fact that Boston missed the playoffs as well… arguably in even more heartbreaking fashion (for the second year in a row)!

That still doesn’t change the fact Montreal held another third-period lead in this one only to watch it slip away, in just 42 seconds. Granted, the Bruins added to the lead a few minutes later on, so it’s not like one minute alone did Montreal in. This one still stung. 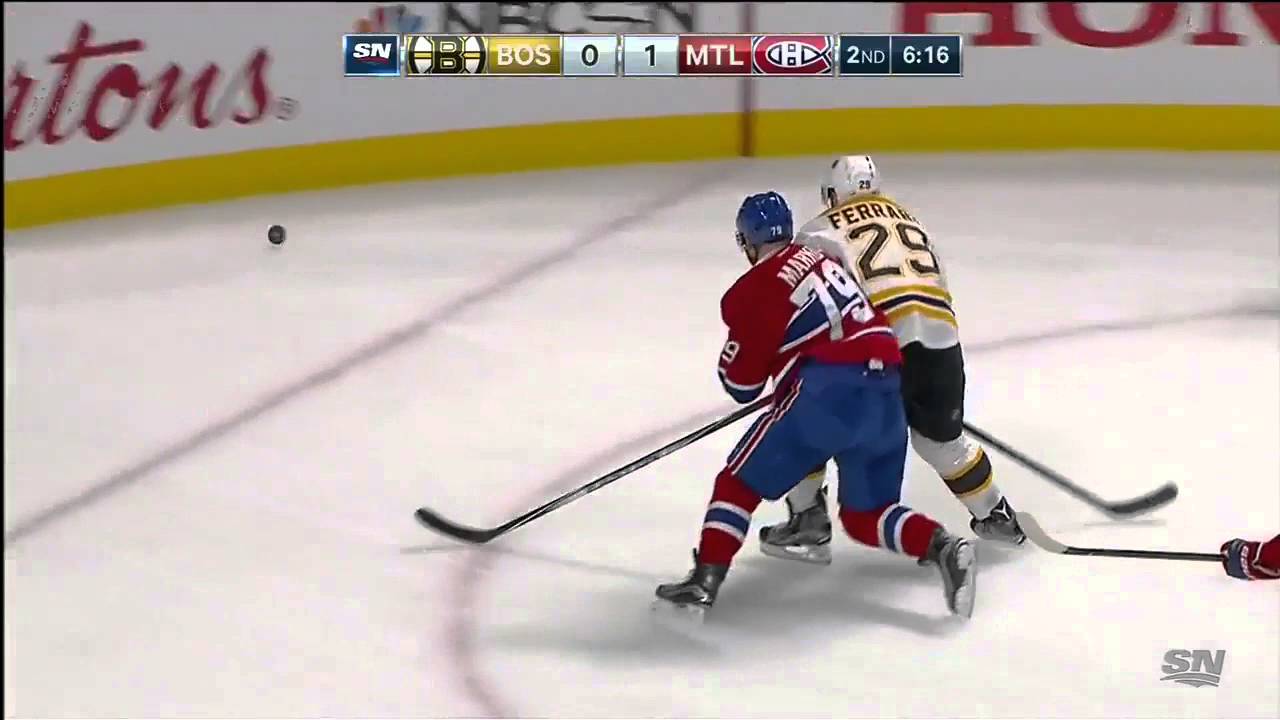 Both the Bruins and Red Wings losses came during a particularly rough stretch for Montreal… the entire month of December, during which Montreal went 3-11, to be precise. This loss to the Capitals essentially kick-started that run of bad luck (and eventually bad play) in epic fashion.

Montreal dominated the Presidents’ Trophy-winning Capitals in every way, outshooting them 35-19, except where it mattered most: on the scoresheet. On the plus side, they didn’t give up a third-period lead in this one. They were only tied midway through the final frame.

Now, technically, Montreal’s horrid stretch began a few games beforehand against the New Jersey Devils on November 28, with both Price and Gallagher recently taken out of the lineup due to injury. They held a two-goal third-period lead against the Devils but ended up losing in overtime.

However the Habs also won their next game, albeit one in which they barely scraped by the Columbus Blue Jackets on December 1. That means this loss to the Capitals was the first of many to come in which Montreal didn’t even earn a point.

In other words, Montreal’s collapse theoretically started once Price (and Gallagher) got injured in late November. This was just the first game, after their 19-4-3 start, that it really caught up to them. If there were ever an argument to be made the Habs deserved a better fate this season, this game would be Exhibit A.

Mere days after general manager Marc Bergevin came to Therrien’s defense, saying he would remain behind the bench for the rest of the season regardless of come what may, they dropped two consecutive games to the horrible Columbus Blue Jackets by the exact same horrible 5-2 final score.

#Habs Bergevin: "All the critiques should be directed to me… It's on me, only." Michel Therrien and the players "are not going anywhere."

You can take your pick as to which one was more embarrassing:

The January 25 loss saw Montreal score the first goal, but the teams tied 2-2 entering the third period, with the Blue Jackets pulling ahead midway through. They scored an empty-net goal and then another with goalie Mike Condon back in the net.

As an aside, this was the game in which Cam Atkinson netted a hat trick to earn one happy young fan a puppy. So, I guess if you pick this one as the game to take back, you’re saying you’re against puppies?

Alternatively, on January 26, Montreal never led at all and cut a 3-1 lead in the third period to 3-2, but gave up a late one to Atkinson again to put this one out of reach. Brandon Saad added an empty-netter.

Whichever game you choose here, all logic indicated this was the point at which a rational GM would have pulled the plug on his head coach. Obviously all logic had long since gone out the window though and Bergevin is not a rational GM as he ended up inadvertently spitting on the team’s “no excuses” mantra at season’s end.

Who knows what would have happened had Bergevin not come to Therrien’s defense on January 21? Maybe if he hadn’t been caught on the record saying what he did, he wouldn’t have felt obligated to keep him around. Or maybe the two losses taken alone didn’t make a difference at all.

With the other four on this list though, they certainly prevented Montreal from reaching the postseason.

At that point, if Price is able to come back in time, maybe the team rekindles some of that magic from the start of the season. Maybe they go on a run.

Of course, that’s admittedly all dependent on whether he ever was actually coming back at all, before Montreal thought better of it all and shut him down. It’s all theoretical. In practice though, remembering five games doesn’t change the fact this was a season to forget.