It was a rivalry mostly in geography only.  Although there are still a pair of contests remaining between the two clubs at the Glens Falls Civic Center, barring a Calder Cup playoff series, Saturday marked the final time the Adirondack Phantoms will play the Albany Devils at the Times Union Center in Albany, N.Y.  The Devils dominating 4-1 victory over the Phantoms, gave them a final series home ledger of 17-7-3-3. 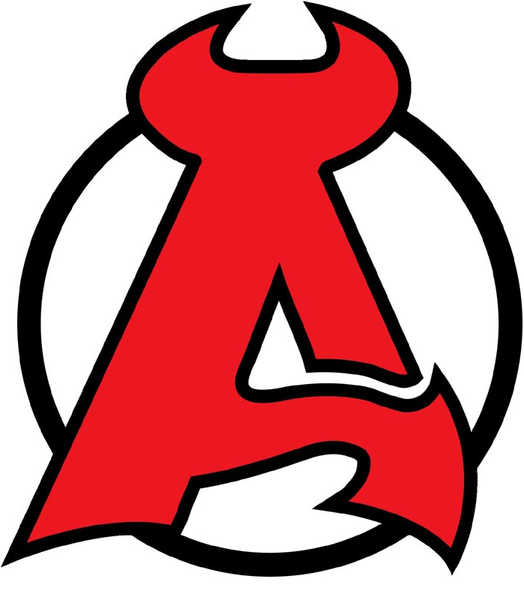 Following this season the Phantoms will depart their temporary home for Allentown (“where it’s hard to keep a good man down”), becoming the Lehigh Valley Phantoms in 2014-15.  So unless another AHL club uproots and moves to Glens Falls, there may not be an I-87 rivalry to speak of next season.  Although, given that the Devils and Phantoms likely won’t play 12 times next year, perhaps that will allow Albany to cultivate more intense battles with clubs like the Utica Comets, Rochester Americans, etc.

It did have all of the trappings of a rivalry, especially given all of the turnpike battles of their rival parent clubs, the New Jersey Devils and Philadelphia Flyers.  Not to mention that it had gotten revved back up the year before, when the then Carolina Hurricanes affiliated Albany River Rats faced Adirondack.  It seemed logical that with the Devils coming back, who used to be affiliated with the River Rats, when the Adirondack Red Wings were around, that the rivalry would be ramped up to the next level.  After all, those Devils affiliated Rats, broke the hearts of Wings fans on three occasions in the Calder Cup playoffs, twice with sweeps.  Even the Devils and Hurricanes affiliated Rats had some fierce playoff battles (including the longest playoff game in AHL history) with the Phantoms when they were in Philadelphia, with Albany losing each series.  When the Devils came back to Albany in 2010, their inaugural game came against the Phantoms at the Times Union Center.  David McIntyre got the scoring started that day for Albany but the Devils fell to the Phantoms 5-3.

So while the intensity wasn’t quite the same, the results and the standings seemingly were.  Albany is enjoying its finest season as a Devils affiliate since 1998-99 and Adirondack has been mostly spinning its wheels of late.  I cite that season because it is the last between the old Albany and Adirondack rivalry as well.

On Saturday the Phantoms got on the board first, with a Chris VandeVelde, who was left open as the linesman collided with Kelly Zajac, shot into a wide open right side of the net in the first.  Following that though, it was all Devils with a suffocating defence and Scott Wedgewood turning away 15-0f-16 shots.

Not long after, Tim Sestito, who assisted on that McIntyre tally, four seasons ago, ripped one by Yann Danis, from the left side.  Sestito’s tenth goal of the year, knotted the game at one, through one.

From there the Devils picked it up and put it away in the second stanza.  Solid digging along the boards, behind the net by Mike Hoeffel and David Wohlberg, set everything in motion for the Devils to take their first lead of the day.  A sweet backhand centering feed from Wohlberg, to a streaking Rod Pelley, put Albany on top for good.  Like Sestito, it was also goal number ten for the Captain Pelley. 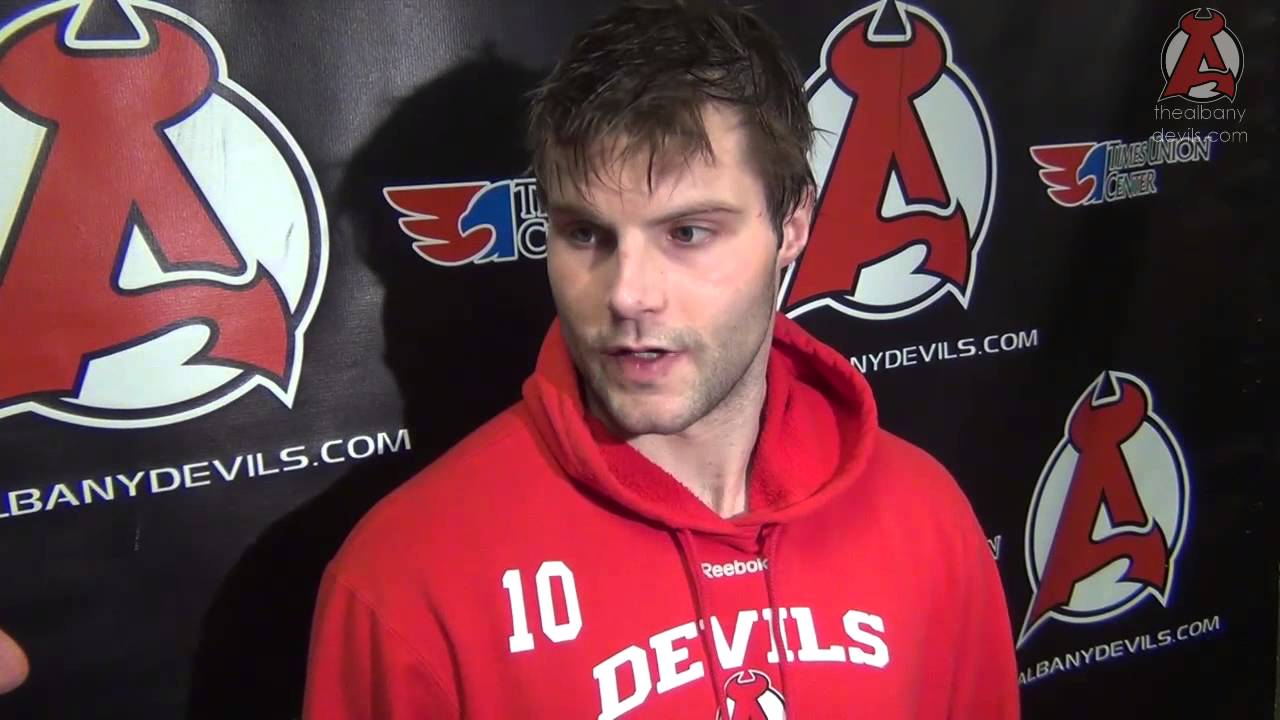 Shortly thereafter, Mattias Tedenby would clean up a rebound in front, netting his seventh goal of the season.

Capping off the scoring for Albany in the third for good measure was Joe Whitney.  The AHL All-Star Whitney sent his club leading goal number 18, into an empty net.

With that, teams from Albany and Adirondack are once again going in different directions.  Which, now that I think about it, isn’t all that different from the old days after all. 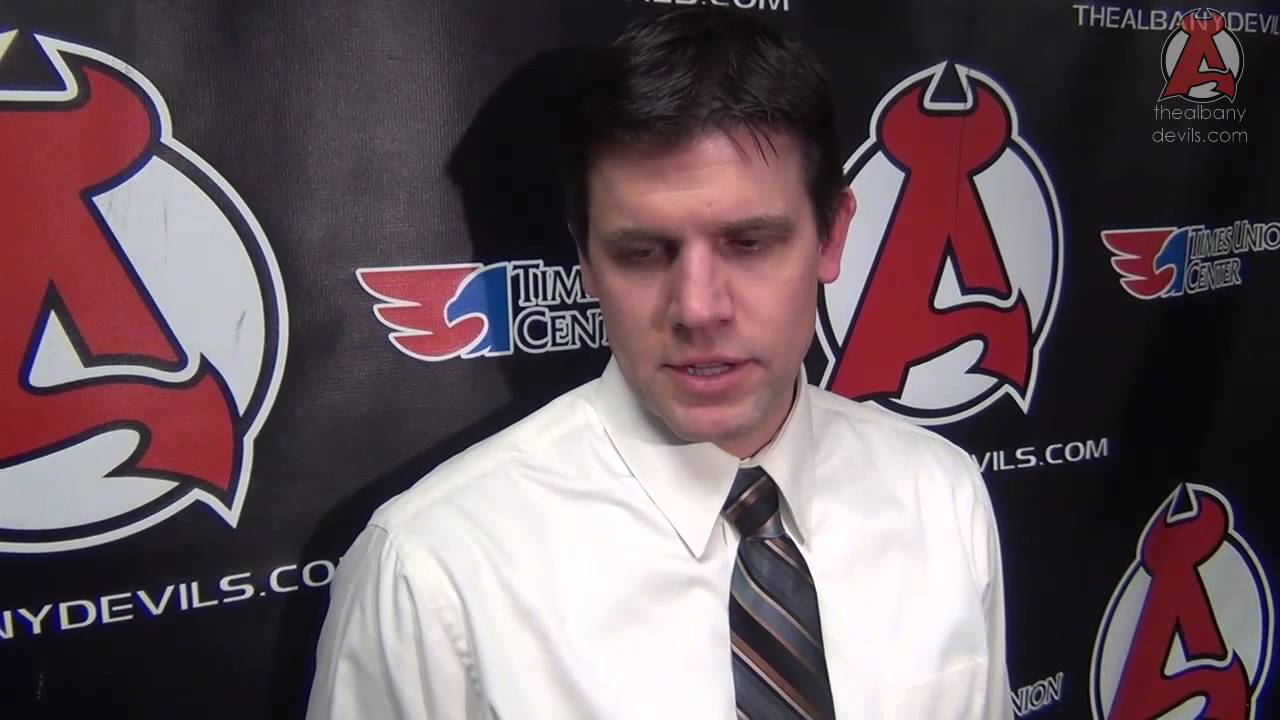