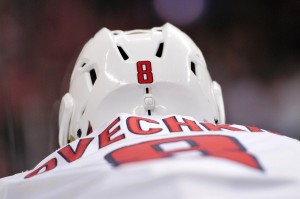 Special teams are one of those things most fans don’t spend much time think all that much about, except fleetingly while celebrating a goal or lingeringly after cursing one that slips behind their netminder. And why would they? The average fan is repeatedly frustrated at passes gone awry, shots that sail wide or lack of crisp execution, but provided their team scores a goal every four or five tries while on the man advantage, they’ll be sated. Defense is pretty much the same thing: as long as the penalty kill doesn’t surrender more than the occasional goal, it can be lived with, despite occasional sloppy play and other structural problems. That doesn’t mean the keen eye won’t be critical even if the statistics are solid, but in the end, it’s all about scoring and keeping the puck out of the net. Needless to say, across the league, some special teams do markedly better than others.

After reading a number of frustrated comments over at LetsGoKings.com lamenting the Kings’ 23rd-ranked power play efficiency, I began to wonder about not only what special teams were at the very top of the league while on the man advantage, but how the other side of the equation — the penalty kill — looked as well. For the sake of discussion and a more ‘holistic’ approach to analyzing how an NHL team’s overall special teams perform, what if the two percentages were combined?

Since both power play and penalty kill success are based on a higher-the-better scale, there is some validity to adding the percentages for each, and then stack-ranking all 30 NHL teams. It isn’t a perfect approach, as (in theory) a ridiculously high or low success rate in one category could skew the combined totals. On the other hand, if the goal is to figure out which teams do both well, comparing and contrasting with the rest of the league via the simple arithmetic and stack-ranking should do the trick.

A quick look at the top five and bottom five demonstrates at least some correlation between good special teams and winning. As of this writing, the top five have a combined record of 132-61-19, whereas the combined records of worst five is just 99-78-34 — and those totals are inflated upward because, surprisingly, the Anaheim Ducks are in the latter group. The other four teams are amongst the league’s worst.

So which clubs made the top five list? Keep reading.

When you’ve got the league leader in power play goals (Alexander Ovechkin) in your barn, you’re going to have a strong power play. As a team, the Caps have 38, including a league-leading 23 at home. To give you a sense of proportion, the Stars have only six at home, and the Panthers have just 15 overall.

As for the penalty kill, Washington is 20th in the league, bunched in with nine teams between an 80-82.1% efficiency rate. Clearly, the Capitals’ offense is their main strength, but with their roughly average penalty kill, the combination of the two puts them at number five in the league.

Behind every good penalty kill is a great goaltender. (Bruce Fedyck-USA TODAY Sports)

Ok, so I was wrong. The Canadiens are anything but overrated this year. Neither are their special teams, both of which fall in the league’s top ten. The Habs have scored 31 goals while on the man advantage, led by Max Pacioretty’s six.

On the penalty kill, the Canadiens are successful 85.7% of the time, fourth best in the NHL. It helps to have a goaltender as skilled as Carey Price (19-11-4, 2.26, .927) between the pipes, but the blue line headlined by P.K. Subban, Andrei Markov, Josh Gorges, and Raphael Diaz certainly provides a big assist. The Canadiens’ special teams slot fourth best in the NHL.

Is there anything the Bruins don’t do well? Like Montreal, they are top-ten in both categories, although they are last in the league in power play opportunities with 113. Man-mountain Zdeno Chara leads the team with six power play goals.

The Bruins have given up 20 goals on 136 chances (85.3%). As good as Montreal’s defense has been, Boston’s is even better, with Chara, Torey Krug, Johnny Boychuk and Dennis Seidenberg leading the way. On the strength of both metrics, Boston has the third most effective special teams in the NHL.

Finally, a team from the Western Conference makes the list. As with Montreal and Boston, the Blues are balanced on both sides of the ice, ranking in the top ten in both areas. St. Louis’ power play has lit the lamp 34 times, converting at a 23.4% rate. A rejuvenated David Backes leads the team with six power play goals.

Queue the strong defensemen arguments, as Jay Bouwmeester, Alex Pietrangelo, Barret Jackman and Kevin Shattenkirk are not only a great top four, but amongst the league leaders in +/-. The Blues richly deserve their second-best ranking on this list. 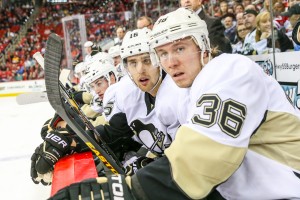 The Pittsburgh Penguins have the best special teams in the league this season – Photo Credit: Andy Martin Jr

When you’re number one on one list and number two on another, well, the math is pretty simple. The Penguins have the league’s best power play, scoring on 26% of their opportunities. Kris Kunitz ranks just behind Zdeno Chara with 11 power play goals, and James Neal isn’t much further back with eight.

The penalty kill is successful 88.9% of the time, with Matt Niskanen, Brooks Orpik, and Olli Maata leading the way. Despite injuries, the back line has performed admirably, and Marc-Andre Fleury (24-10-1, 2.23, .919) is one of the best in the business. All hail the Pittsburgh Penguins and their top-ranked special teams play.