Washington Capitals defenseman Brooks Orpik took a high hit in the second period of Game 3 on Monday. He was immediately taken out of the game.

The hit from Philadelphia’s Ryan White pinched Orpik’s head between White’s shoulder and the glass. It sent Orpik straight down onto all fours.

Orpik appeared frighteningly dazed as he tried to regain his feet with the help of a trainer. He was helped off the ice by a trainer, his head bowed, not looking up at all as he was aided off the ice.

Take a look at the hit below. 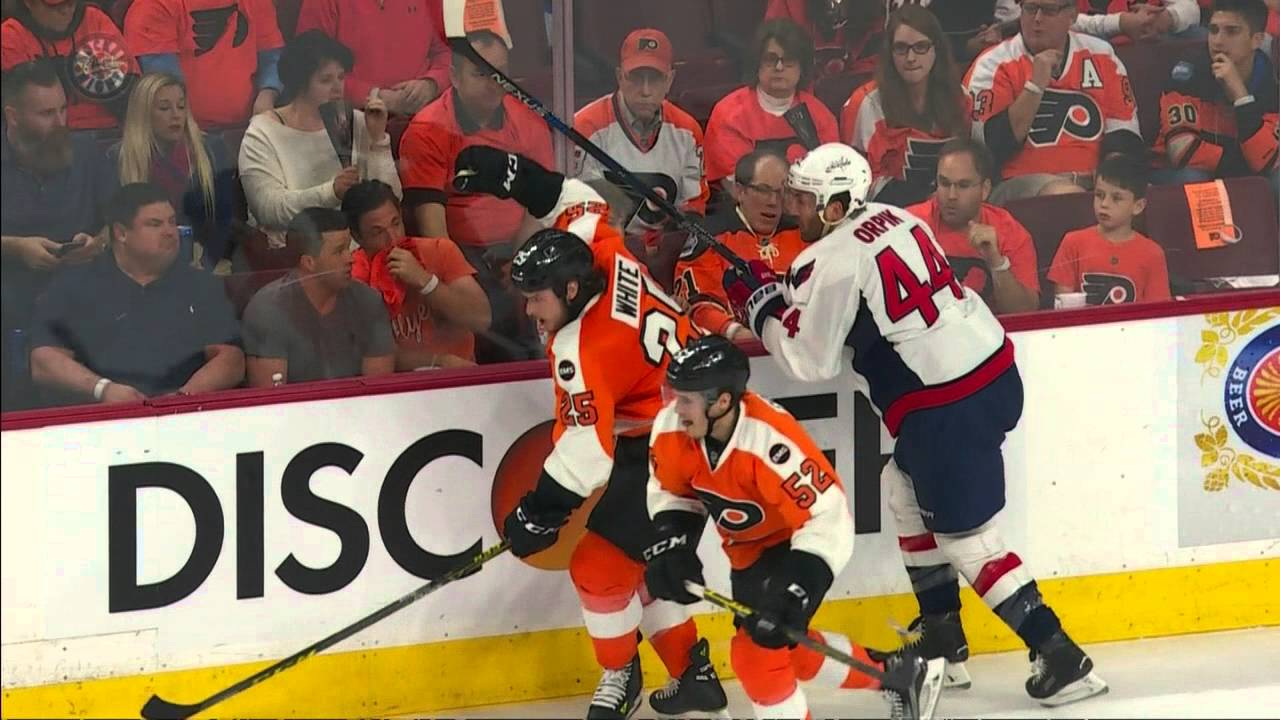 While he looked dazed, it could also be a pain thing. He missed a large chunk of the season with an injury that was suspected to be a hip injury.

The Capitals haven’t offered an update on Orpik, but it would be very surprising if he finds his way back into Monday’s contest.

We will update this post as more information is made available.

UPDATE:
Between the second and third period, Capitals PR announced that Orpik is being evaluated and is questionable to return.