The Washington Capitals are in a good place with their wingers. That being said, with free agency and the potential trade market over the next few years, there will be room for the young guns to move up through the ranks and play at the NHL level. One of those young wingers is Zach Sanford.

Zach Sanford was selected by the Washington Capitals in the second round of the 2013 NHL Draft with pick number 61. In order to attain the 61st pick, and select Sanford, the Washington Capitals traded three later round selections in that draft.  [pull_quote_right author=”Brian MacLellan”]I was impressed by Sanford during the drills. I liked what he’s done. [/pull_quote_right]

The native of New Hampshire was named his state’s player of the year following the 2011-12 season which he spent playing for Pinkerton Academy. His team won the state championship that season.

After receiving the player of the year accolade, Sanford went on to join the Middlesex Islanders of the Eastern Junior Hockey League (EJHL). In his season with the Islanders, Zach notched 36 points (12 goals, 24 assists) in 37 games. He was ranked number 60 among North American skaters in the final Central Scouting rankings for 2013, and was subsequently drafted at number 61 overall by Washington. 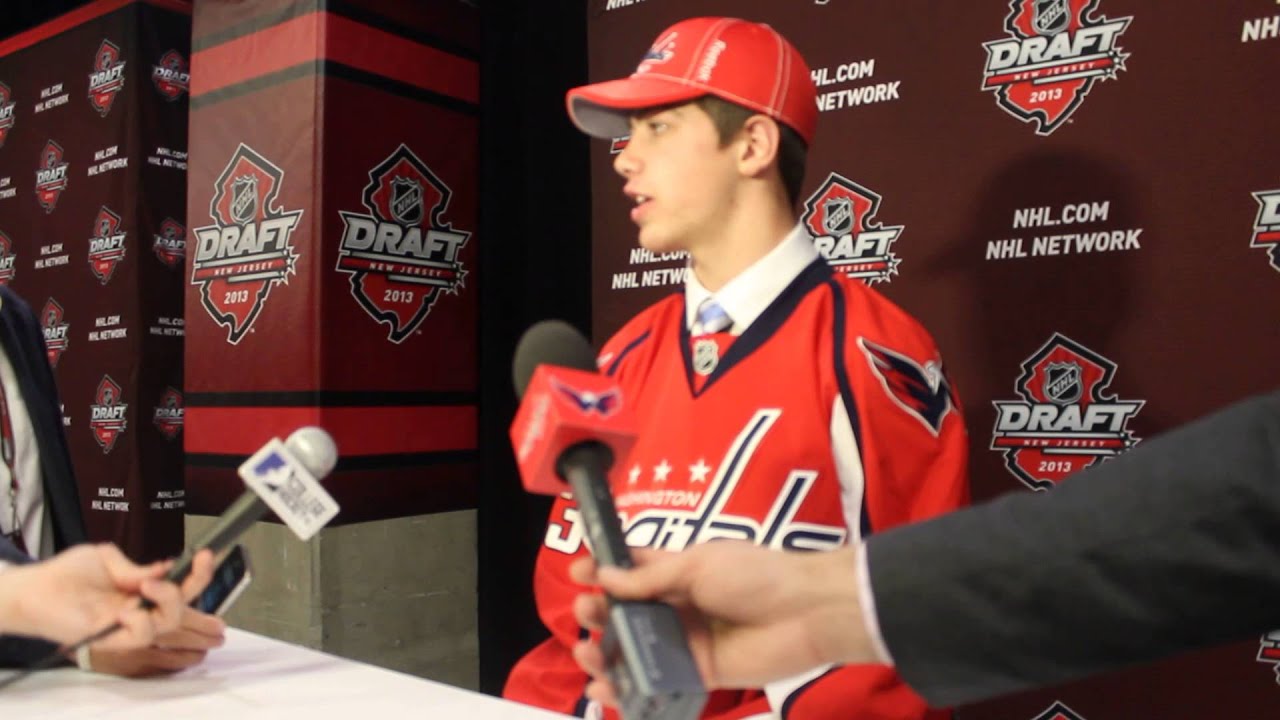 Sanford enrolled at Boston College for 2014. As a freshman with the Eagles, Zach put up 24 points (7 goals, 17 assists) in 38 games. He had four multi-point performances and a five game point-streak. His 17 assists were fourth on the team.

His sophomore season with the Eagles saw Sanford reach nearly a point-per-game. In 40 contests, he garnered 39 points (13 goals, 26 assists). The offensive contributions by Sanford helped lead Boston College, once again, to the Frozen Four.

Sanford is a big (6′ 3″) forward, who with even more muscle on his frame, would be an intimidating winger. The scouting reports say that he holds onto the puck well, and has much upside offensively. Consistency will be important for Sanford, as it is for all NHL prospects.

Washington management was pleased with what they saw when Sanford joined the team’s development camp last summer. General manager Brian MacLellan in particular had positive things to say about Sanford’s play, as quoted in the Washington Post, “I guess the one guy, Sanford, I was impressed by Sanford during the drills,” MacLellan said. “I liked what he’s done.”

Sanford was tabbed as the number eight overall prospect in the Washington Capitals’ system this year by The Hockey News. It’s likely that he is at least a few years away from joining the Capitals, and in that time much could happen with the team’s forward situation.