The Colorado Avalanche continue to spin the wheel of the roster carousel, tinkering with their bottom forward line combinations in hopes of striking gold. Everyone knows that Nathan MacKinnon, Gabriel Landeskog and Mikko Rantanen are heading the Avalanche scoring train. But the Avs entered the season in search of secondary scoring, solid defensive pairings and the perfect one-two punch in net. Head coach Jared Bednar continues to experiment with players to find the optimal combinations in any given situation and injuries have played their part in player usage. So far, the Avalanche have run out the same lineup only twice in seven games. In six games, they have had different combinations of players.

The Avalanche started the season icing Sheldon Dries on the fourth line. The 24-year-old rookie brought some jump to the position but averaged only 6:20 in ice time per game and about a half a minute a night on the penalty kill. He worked most effectively when paired with J.T. Compher and Matt Calvert. That trio managed to develop a CF60 of 56.67 in the short 12 and a half minutes they played together according to Sean Tierney of Charting Hockey. Dries has been sent back down to the Colorado Eagles twice since opening night, though. So far, he has played two games with the Eagles and four games with the Avalanche. It’s enough to make a player’s head spin.

The Avalanche have shown an interest in trying out their rookies and seeing how they stick. Dries is not the only rookie to have four games with the big club. Forward Vladislav Kamenev, although not initially on the roster, played for the Avalanche in the past four games. However, his head is likely spinning as well. Kamenev was placed on injured reserve on Oct. 2 (his injury dated back to Sept. 27), reassigned to the Eagles on Oct. 4, recalled to the Avalanche Oct. 8 and made his season debut Oct. 11. That’s a lot of movement in a short period of time. Kamenev appears to be making the most of the opportunity and is earning Coach Bednar’s trust. His time on ice has increased each consecutive game.

While Kamenev started out with the least amount of playing time (slightly over seven minutes in his first game and no special teams play), he logged 12:36 in his latest contest. In fact, had more ice time than veterans Colin Wilson, Gabriel Bourque and Sven Andrighetto. In his last two games, he’s played on special teams, logging over four minutes of power play time in his last matchup and over three minutes on the penalty kill in the previous game. Kamenev looks to be vying to stay on the roster with his solid play at center after J.T. Compher got injured. But he has his work cut out for him.

One of the possible reasons Dries had the opportunity to play in the Avalanche’s season debut rests with the unexpected injury to Sven Andrighetto. He suffered a lower-body injury in preseason and could have missed up to a month. However, Andrighetto appeared to be a quick healer and returned to play in the seventh game of the season, where he scored the first goal of the game. Andrighetto played limited minutes in his debut – just a few seconds shy of 11 minutes – but he managed nearly a minute of short-handed ice time. His solid play proved he earned a starting spot on the roster. Andrighetto’s healthy return likely prompted Dries second reassignment to the Eagles. 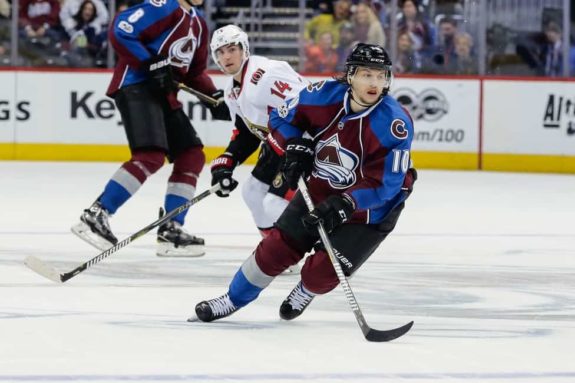 Compher was injured after taking an elbow to the head against the Columbus Blue Jackets on Oct. 13. He had been centering the ‘fourth’ line, a loose term as Bednar tends to mix up his bottom two lines based on matchups. Compher logged a lot of time on special teams. He averaged over 2:37 on the penalty kill every night as well as 1:47 on the power play. Compher’s solid two-way play is going to be tough to replace. While initially he skated with the team in a no-contact jersey, Compher was moved to the injured reserve list on Thursday. His injury could very well have precipitated the next Avalanche move.

The Avalanche picked up Marko Dano off the waiver wire at the start of the week. While he had to wait to clear up visa issues before he could join the team, Dano met up with the Avalanche on Friday. The 23-year-old left wing from the Winnipeg Jets has already played 130 NHL games and earned 45 points.

Marko Dano has been added to the active roster! #GoAvsGo pic.twitter.com/hGHDkGRt0b

Depending on how quickly he catches on to Bednar’s systems, Dano could play at any time. It remains to be seen where he will slot in on the team but he could have been acquired to fill in for the injured Compher. If so, Dano could give Kamenev a run for his money on the fourth line.

The third defensive pairing has seen some jumbling as well, playing their own part on the roster carousel. While opening night saw Patrik Nemeth and Nikita Zadorov playing the bottom pairing, Nemeth also suffered a minor injury two games into the season. Mark Barberio joined Zadorov on the third line for two subsequent games only to be replaced by Nemeth for the last three games. Barberio is an experienced defenseman with 241 games under his belt and is starting his third year with the team. 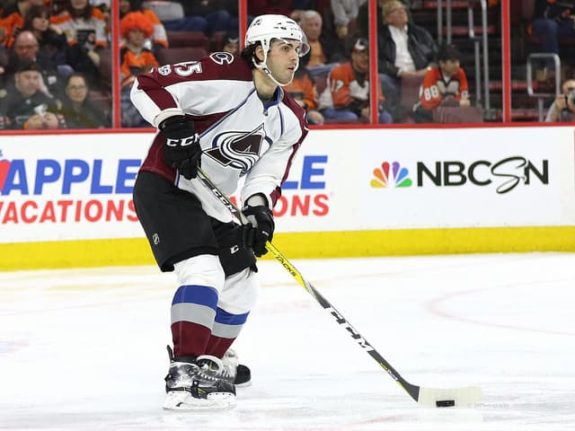 Currently filling the role of the seventh defenseman on the team, he may be more accustomed to how Bednar rotates players through the lineup and is less likely to see his level of play drop off when sidelined.

The final piece of the roster carousel concerns the goaltenders. It’s usual for teams to run through the season with a goalie tandem. It’s unusual to have two starters sharing the load. Initially, Semyon Varlamov earned the starting spot and he backstopped the majority of the games, five so far. But Philipp Grubauer will be playing in net again on Saturday against the Carolina Hurricanes, his first two consecutive games of the season. Bednar has his work cut out for him as he tries to balance the need for consistency in net with keeping both goaltenders playing at the top of their game. 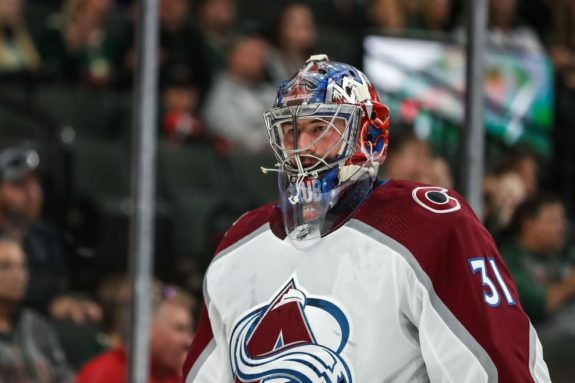 While some teams have managed to start the season with a fairly set roster, the Avalanche have not followed that course. With only two games with the same players on the ice, only the top two lines for both forwards and defensemen seem set. Everything else appears to be in flux, until the Avalanche find the perfect chemistry. Despite the roster carousel, though, the team has gone 4-1-2 with 10 points in seven games. The Avalanche enter the weekend in second place in the Central Division. For now, Bednar has the luxury of tinkering with his line pairings without it impacting their results. Hopefully, the Avalanche will find their final line combinations. If not, they are growing accustomed to change, which, in the fast-paced NHL season, may be a good thing.