With Nicklas Lidström being inducted into the Hockey Hall of Fame as part of the Class of 2015, there are now four Swedish players in the Hall. However, come 2017 that number should rise to five as long-time Ottawa Senators’ captain Daniel Alfredsson becomes eligible. If selected, Alfredsson would also become the first Ottawa Senators player (forgetting Dominik Hašek‘s disastrous single season in Ottawa) to be inducted into the Hall. While other former Senators may be obvious choices once they retire – Marian Hossa and Zdeno Chara for example – Alfredsson was one of the most dominant players of his generation, an accomplished international player and deserves to be a member of the Class of 2017.

The Statistical Case for Daniel Alfredsson

While never winning an Art Ross or Rocket Richard Trophy, Alfredsson consistently produced offense throughout his career while also being one of the best two-way wingers during his time in the league. First off, he was almost a point per game player throughout his career. An excellent play-maker, Alfredsson had 13 seasons where he scored above 50 points, and even managed to break the 100 point barrier once in 2005-2006. However, Alfredsson also demonstrated an ability to put the puck in the net, registering 20 plus goals in 13 seasons. His career totals in a Senators jersey of 426 goals and 682 assists are also both franchise records.

Alfredsson didn’t just earn plaudits for his offensive play, he was also excellent on the defensive side of the puck. While we don’t have advanced stats for the majority of his career, two other numbers stand out. The first is that in his 18 seasons in the NHL, Alfredsson only had two seasons with a negative plus/minus. Second, is that Alfredsson was an excellent penalty killer and his 25 career shorthanded goals ranks 38th all time, ahead of Hall of Famers Brendan Shanahan, Mike Gartner and Phil Esposito. Furthermore, he posted a career high 7 shorthanded goals when he was 35.

Plus he scored the first shootout goal in NHL history:

Most Talented Player of His Generation

A more important measure than simply raw numbers is how a player compares to other players of his generation. Taken in the 6th round of the 1994 NHL Entry Draft, Alfredsson has outscored every other played taken that year. The only other player who comes close is Patrik Elias of the New Jersey Devils. Furthermore, since Alfredsson debuted in the NHL in 1995-1996, the only four players to score more goals and points than him are Jarome Iginla, Teemu Selanne, Jaromir Jagr and Marian Hossa. All four of these players are almost certainly locks for the Hall of Fame once they retire; Alfredsson should be too.

When compared with other Swedish players Alfredsson also stands out. He is second overall in points by Swedish born players, trailing only Mats Sundin. While the Sedin twins and Nicklas Bäckström may yet still beat Alfredsson’s totals, his tally of 444 career goals, also second among Swedish players, is likely untouchable for the foreseeable future. 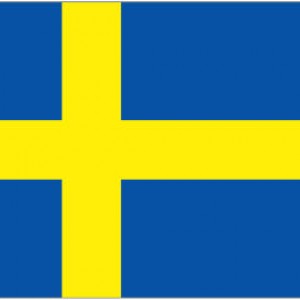 Alfredsson led Team Sweden in scoring at the 2006 Olympics with 10 points, only 1 off the tournament leaders. While he didn’t score in the Gold Medal Game, he was still an integral part of the team and helped Sweden become one of only four countries in history to win multiple gold medals in Ice Hockey at the Olympic Games. Additionally, Alfredsson scored 4 points in 6 games to bring Sweden within one game of the 2014 Olympic Gold. Along with his Olympic success, he has won 2 silver medals and 2 bronze medals at the World Hockey Championships. He even has a bronze medal from the first ever World Cup of Hockey.

While Alfredsson never managed to win a Stanley Cup, he was a consistent performer throughout his career. He also managed to win the Calder Trophy as Rookie of the Year for the 1995-96 season and was selected to the NHL Second All Star Team in 2006. Fans also recognized his talent as twice they voted him to start in the NHL All-Star Game. Beyond these awards, his skill set is harder to quantify given that he played the vast majority of his career when plus/minus was considered an advanced statistic.

Alfredsson was never the pure offensive player that fellow Swede Peter Forsberg was but played an important role on a number of very good Ottawa Senators teams throughout the 2000s. Now, maybe that isn’t quite enough to warrant Alfredsson’s induction into the Hall of Fame, but his international success is what puts his bid over the top. An Olympic Gold is arguably the most difficult piece of hardware to win in hockey and Alfredsson managed it while leading his team in scoring. The 2006 Gold Medal is the final piece of the puzzle that warrants Alfredsson becoming the 5th Swede to enter the Hall of Fame in 2017.