They can’t make the team but these players can make an impression. Those words of Head Coach John Hynes, usher in a new era of New Jersey Devils hockey, starting with their summer development camp. Although one can argue there’s serious opportunity among the 42 invitees.

While some will go back to Junior, College and the American Hockey League, with the Devils looking to get younger and faster, the competition for roster spots is wide open. Then there’s a handful of players whom could make a huge leap and impact in Newark next season.

He'll be at Dev Camp next week; From October: My exclusive Q & A With Damon Severson of the @NHLDevils http://t.co/hse4nZUgsU #THW #NJDevils

Before suffering an ankle fracture, a hot early start prompted discussion of Calder Trophy consideration with Severson. Fast and attacking, Severson exudes a confidence beyond his years. Severson knows he belongs and may be the most untouchable of the young blue line corps. Last season Severson posted 17 points across 51 contests. A solid summer showing up close to the new bench boss, should only serve to help Severson. 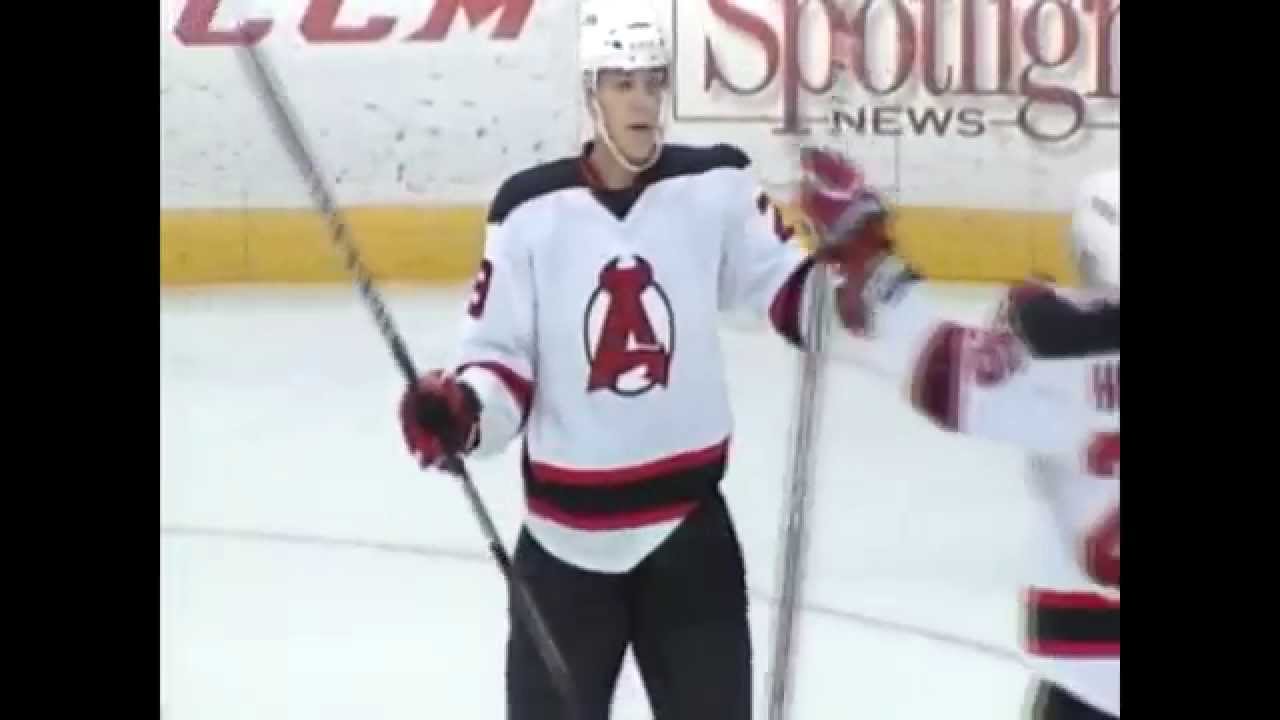 From diamond in the rough to earning a cup of coffee with the big club last April. Hrabarenka was putting together an excellent season at AHL Albany, prior to being injured by a cheap shot hit against the Utica Comets. Hrabarenka has size and a knack for the net, finding it on nine occasions in 47 games with the A-Devils.

When your name’s mentioned in the same breath as Steven Stamkos, expectations are going to be high. After posting 62 tallies with the OHL Sarnia Sting in 2012-13, Boucher put together a solid rookie campaign at Albany, notching 22 markers across 56 contests, while also posting a pair of goals in 23 contests with New Jersey. While last season had its share of ups and downs, a new regime should give Boucher a legitimate opportunity, should he earn it.

New Jersey’s first round choice in the 2015 NHL Entry Draft, Zacha, like Boucher, another member of the Sting. The Devils hope Zacha can provide the size down the middle, much like fellow Czech and former Devil Bobby Holik. It’s an element the Devils are lacking and if he utilizes his skill set, New Jersey will likely welcome him into the fold.

New Jersey’s first round choice in the 2014 NHL Entry Draft, aka the pick given back to the Devils in the Ilya Kovalchuk mess. With the Devils thin down the middle, Quenneville is sure to receive a fair chance to crack the roster. Plying his craft with the WHL Brandon Wheat Kings, Quenneville registered 19 points in 19 playoff games, in their run to the WHL Finals last season.