A sheet of ice, some sticks and a rubber disc could teach the youth of a community what they’d never be able to learn in a classroom. Growing up playing hockey has many benefits other than the obvious physical perks. While it’s a great way to stay in shape, the sport also teaches extremely valuable life lessons. Most hockey players start from a very young age, which makes these life lessons even more important and influential. The fundamental values of the sport are taught and practiced throughout each player’s childhood, so these values are ingrained into said players as people. These lessons include teamwork, respect, leadership, perseverance and determination. Hockey, like any sport, offers so much to the youth (and to everyone else) of a community.

What Can Be Learned?

Growing up playing sports is fun, but also quite challenging. It’s hard for most young people to learn the true values of teamwork and leadership. Learning that the pass is often a better play than the deke is tough for most people at first, especially since the possibility of scoring the beautiful goal is very enticing. Figuring out just how important it is to put the team ahead of oneself is an important lesson that can be translated to everyday life, as it teaches selflessness and modesty. After all, there’s a reason that an assist counts for the same number of points as a goal. There’s no better time to learn a lesson this valuable than in one’s childhood.

Another aspect of teamwork is communication. Throughout life, communication is vital for success. A skill that is required in the vast majority of occupations, communication is still hard for many adults. At work, someone may be put in a group to work on a deal or on a project of some sort. Communication is crucial to the success of an endeavour like this, as employees must be sure to stay on the same page, work effectively, offer constructive criticism, and even to offer encouraging words.

So how can hockey help? Playing sports teaches the athletes exactly how to communicate effectively from a young age — whether it’s through pointers, ensuring that team members are focused and goal oriented, and offering advice. Communication is one of many lessons that come with playing hockey.

One thing that distinguishes hockey from other sports is the transition from fast-paced action to a peaceful handshake in the playoffs. It’s always interesting to see two teams that seem to hate each other show the ultimate respect to one another after a long, hard playoff series. One minute, two players will be battling, while the next, they’ll be shaking hands and congratulating one another. This tradition has been carried through many years of hockey, and it shows the true values of respect from player to player and from team to team. Playing hockey as a kid teaches you to respect not only your teammates, but also your opponents. While competition is fierce and emotions are high, the underlying respect between players and teams shines through. This life lesson teaches young athletes how to maintain respect even under harsh circumstances. It shows that cooler heads prevail, even with so much on the line. 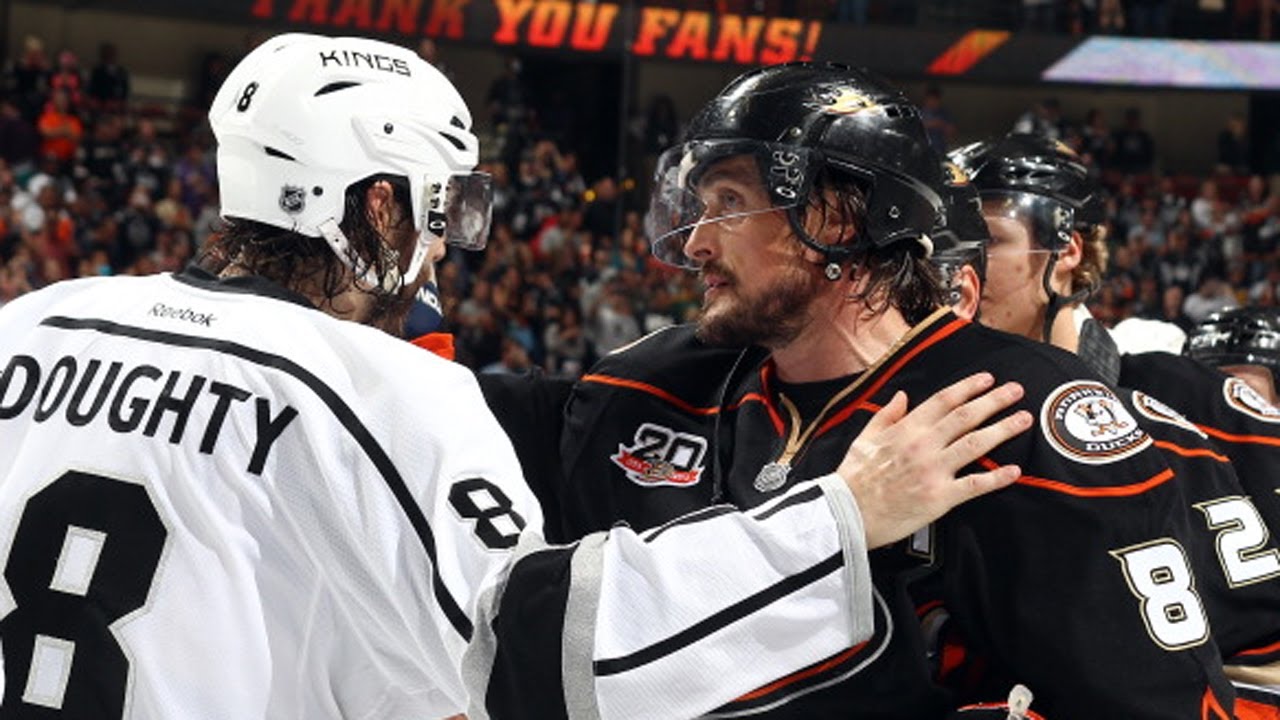 Being a part of a team is yet another reason that hockey (or sports in general) helps develop the youth of todays communities into the leaders of the future. As a team member, you’re counted on to pull your own weight and to work as hard as you can. If not, you’re letting your teammates down. This teaches accountability, work ethic, and it shows just how important each team member is. This can be translated to daily life in a community, where each member is expected to pitch in and do what’s best for the collective group.

…and the list goes on. What can be concluded, is that playing hockey can be advantageous not only to the character of young people, but also to their communities as a whole. The young people of a society are the community leaders of tomorrow, and these future leaders should be equipped with the important values that are taught and practiced while playing sports.

It is scientifically proven that exercise increases productivity, though exercise in the form of playing team sports is much more beneficial than just that. Among other things, playing hockey teaches the values of respect from player to player, determination to move forward and improve after being turned down, interpersonal communication, working together and leading by example.

All of these values help make the youth of today become more successful community leaders tomorrow.