Well, I’m glad that you asked. I’ve done a little research (you’re welcome), and some analysis and I’ve conquered the Western Conference bracket. Below are my predictions, with a brief synopsis of how I reached each decision. 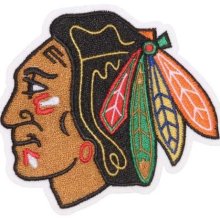 The Chicago Blackhawks have been the crown jewel of the Western Conference all season long. And while their road to a birth in the Stanley Cup Final may be more difficult than their #1-seeded Eastern counterparts, the Pittsburgh Penguins, the ‘Hawks first round matchup I believe is infinitely easier.

Minnesota lost star forward Dany Heatley with about a quarter of the season remaining, which really dampened their already-fading playoff hopes. But luckily they snuck in, on the last day of the season. Battling for the last 12 games for a playoff spot, combined with Heatley’s absence and their overall poor play really doesn’t bode well for the State of Hockey. Add to all of that Chicago’s firepower and (at times) stifling defense, and you come up with a Blackhawks’ series victory in five games. 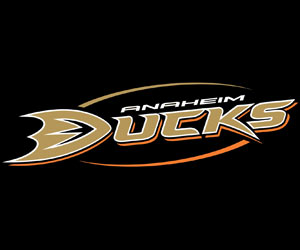 Anaheim had one heck of a start to the season, but it was over-shadowed by Chicago’s incredible season-opening run of it’s own. The Ducks jumped out early in the Pacific Division and never looked back. Detroit, however, struggled most of the way in the wake of Niklas Lidstrom’s retirement, plus injuries to key players.

Jimmy Howard led the league with five shutouts this season, and was rewarded with a new contract not long ago. Anaheim meanwhile, locked up it’s two top point producers in Corey Perry and Ryan Getzlaf earlier in the year.

As for the on-ice product, the biggest question will be in goal. Who does Anaheim coach Bruce Boudreau go with, Jonas Hiller or Viktor Fasth? And can Wings’ netminder Howard carry the load now that Detroit is getting healthy. The Red Wings are still a very talented group, but age will eventually catch up to them, and that time begins here and now. Anaheim has a lot of fire power and veteran blue-liners that will all help carry the Ducks to a 7-game series victory. 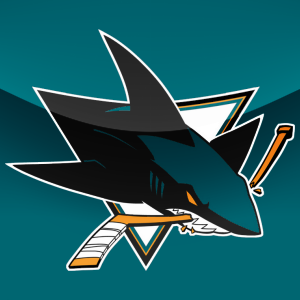 The Sharks are like the box of chocolates of the West. You just never know what you’re going to get. They’ve been an incredibly streaky team all season long, and they’re missing one thing that Vancouver has: a goalie controversy.

No one knows who Canucks’ coach Alain Vigneault will name as his starting goalie. Both Cory Schneider and Roberto Luongo have been brilliant, and utterly depressing this season. Meanwhile, the Sharks know that their guy is Antti Niemi. And even without the traded Douglas Murray, the Sharks are still a very physical team.

This will be a clash of styles, as Vancouver will try to finesse San Jose to death, while the Sharks will simply look to beat the Canucks into submission. In the end, a goalie controversy and a physical beating will prove to be the demise of the Vancouver Canucks, and the San Jose Sharks will earn a six-game series victory. 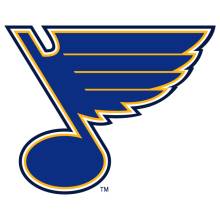 In a rematch of one of last year’s Western Conference semifinals, The St. Louis Blues will match up against the defending Stanley Cup Champion L.A. Kings.

The Kings swept the Blues last season in the playoffs, and did so again during this regular season.

But this isn’t the same Blues’ team. They’ve won 10 of 12, and are clamping down defensively, harkening back to last year. Brian Elliot will be the goaltender of record for the Blues, and he’ll match up against defending Conn Smythe Trophy winner Jonathan Quick.

The Kings, meanwhile, started the season looking like the 8th-seeded team from last year’s playoffs, and have finished looking very much like the defending champs. In a case of the irresistible force (L.A. and it’s potent offense) meeting the immovable object (St. Louis and it’s stingy, and getting stingier, defense) something will have to give. The Blues’ additions of Jay Bouwmeester and Jordan Leopold will help bolster an already talented group of young defensemen, and Quick’s inconsistent play will lead to St. Louis ending the run of the Defending Cup Champs in a very entertaining 7-game series win.

The Blackhawks will advance, rather easily and face the San Jose Sharks. While Anaheim will challenge St. Louis. I’m not going into any more detail, but I think Chicago will handle San Jose and face Anaheim for the West. Anaheim will win in seven games. So there you have it. Thoughts? Agree or disagree? Leave me a comment below!!

Thanks as always for reading. Catch me on Twitter Follow @TDT_Pens4Life and if you aren’t already following me, then shame on you for six weeks.

The East prediction will be up tomorrow. Remember: