One player who seemingly exemplifies the dichotomy between regular fans and fans who are obsessed with statistics is Jake Gardiner.  On one hand, the Leafs have been a terrible team and his adventurous ways in the defensive zone have left half the fan-base frustrated with him, while on the other, people look to his fantastic advanced stats and declare that he’s part of the solution in Toronto and not the problem.

Full disclosure, I am a huge Gardiner fan, so today I’m going to try to lay out reasons why the Leafs should be building around him.

The people who don’t like Jake Gardiner see a player who is constantly making mistakes that end up in the back of the Leafs’ net and who has put up only seasons of 30, 31 and 24 points during his three seasons in blue and white.

I would argue against that thusly:

1. Three straight thirty point seasons is excellent. (His 24 points last season can be rounded up because the Leafs had a quarter-season stretch where they shot well below the  league average shooting percentage).

2. Fast, puck-moving defensemen are the key to success in the NHL. If advanced metrics have revealed anything, it’s that offensive defensemen are much, much more valuable than their defense-first counterparts.

3. His mistakes are real, but not at bad or as frequent as has been suggested. Fact is, we’re looking for them and when we see one, we go “Oh there’s Gardiner, at it again!”

However, in reality, this is just confirmation bias at work. Since we expect Gardiner to be bad           in his own end, when he is, we notice it and when he isn’t, we don’t. 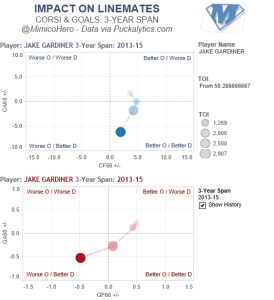 Check out this fancy chart from OwnthePuck, it shows that Gardiner is actually the opposite of his reputation: instead of being an offensive guy who hurts the team on D, his presence actually makes the team better at defense, while having a moderate offensive impact.  You should keep in mind that skating on a garbage-team means that the defensive part is impressive and the offensive part likely wasn’t his fault.

The chart suggests (not proves) that Gardiner’s impact on his teammates is that they play better defense when he’s on the ice. 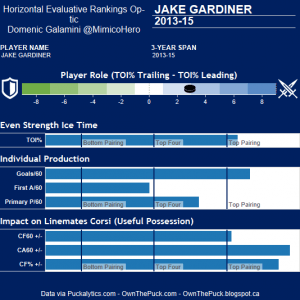 What about his Hero Chart (also from OwnthePuck)? It again shows that Gardiner has an impact on his linemates that is equal to a first-pairing defenseman.  His personal goal scoring is equal to a top-line defensemen and the only thing missing are things he can’t exactly control: his linemates didn’t score very much last year – the Leafs were the 8th lowest scoring team in the NHL last year.

Overall, I think both charts suggest (heavily) that Gardiner is a top-line defenseman, one who should be put into the category of Rielly, Marner, Nylander, Kadri and Kapanen as part of the Leafs’ core going forward.

If we look at Stats.HockeyAnalysis.com and their excellent chart for who players played the most with, and how each player impacted the other’s possession numbers, we see that all of the eleven most frequent (non-goalie) players that Gardiner played with had better numbers when Gardiner was on the ice than when he was off the ice.

(I don’t usually do pun-based anything, but this song is so good and the title makes it appropriate) 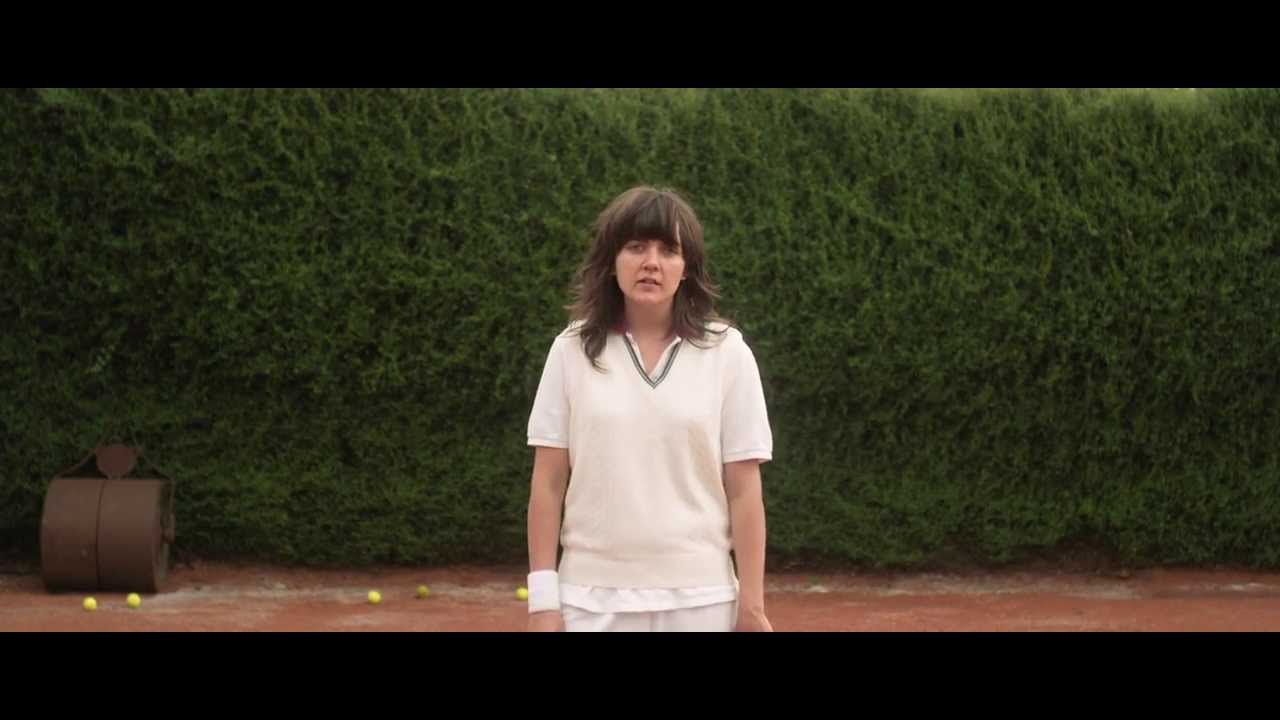 Indeed, Gardiner has an almost Muzzin-like ability to make everyone he plays with better.

Last season, he led all Leafs D in CF%, and he had only 3 points less at 5v5 than Rielly, while posting a pretty low PDO of 98.20 (suggesting he got really unlucky with his scoring). Keep in mind too that the Leafs skated him on the second PP unit, also negatively impacting his overall scoring totals.

So, overall, the Leafs have one of the best skating defenseman in the NHL, one who has good size, a wicked shot, and who demonstrably (i.e factually) makes everyone he plays with better.  This player scores at an impressive rate and will score more once his team isn’t terrible and he gets first (instead of second) unit power-play time.

You can say his defense isn’t good, but then explain to me why when he’s on the ice the Leafs have the puck more than at any other time?  Explain to me how he manages to make everyone he plays with better while being bad at defense?

Isn’t it, at the very least, a possibility that he isn’t actually bad at defense or that it is irrelevant?

As of right now, Jake Gardiner is the Leafs’ best defenseman. Morgan Rielly will soon surpass him, but in all the organization, he’s the second most important blue-liner.  He should be considered untouchable.  Ideas about making him a forward are pathetic and embarrassing. The fact the NHL’s most hockey-crazy fans don’t embrace him is more than a little disappointing.

I can’t find a single reason not to like his game. He is very underrated and the Leafs have a great thing in Jake Gardiner.

He’s going to be a star.