The Blackhawks made a statement by placing Viktor Tikhonov on waivers this weekend, and that would appear to mark the return of Bryan Bickell.  Though he has yet to be called up, the cap savings from the move is enough to bring back the once favorite son and play-off hero.  Sure, there will be many who are cringing at the thought, but for many this is a move that will be welcomed.

Bickell has proven himself in years past, and though he has been in a slump of epic proportions, that talent has not just gone away.  It has simply been locked away behind a door made of broken confidence.  Something that every person can relate to on some level. The rest of us simply have the luxury of suffering through such lapses in a much more private manner and without a monetary value being placed on said failures.

Tikhonov could be claimed off waivers given his relatively friendly cap hit and short term, though it seems more likely that he might opt to return to the KHL, and perhaps SKA St. Petersburg. With Tikhonov freeing up the necessary cap to free Bickell from exile, it is possible that no one goes down to Rockford in his place; However, it seems likely that the team will see continued ice time as beneficial for one of the forwards likely to give up their spot to make room for Bickell.  In addition, Andrew Desjardins is likely to take a spot back at some point, making at least one move a necessity.

For Bickell, he has been forced to struggle through in front of every Hawks fan on the planet.  There happen to be a lot of those, and as a whole they carry great expectations and can be fairly tough critics. Of course, this is something born of the Blackhawks’ success.  The greater their successes, the greater our expectations become, and that can be a lot for a player to carry on a nightly basis.

Some, like Patrick Kane thrive under the glare of the microscope, while others shy away from it. The real truth is, some great hockey players have failed to launch with the Blackhawks, and it rarely has to do with a lack of talent. So how should everyone feel if, or when Bickell returns?  Well, I would imagine there will be a slew of feelings ranging from outrage to relief, but most will fall somewhere in the middle.  He has clearly shined on some of the biggest stages, so the hope will be that he has been able to recapture the magic that had been missing from his game while in Rockford.

Bickell has been playing with the Rockford IceHogs for over a month, and he has been one of their hottest players in that time frame.  He has played in 12 games and contributed 14 points in just about every possible situation.  Does this mean he’s ready for a return to prime time? The only way to find out is to bring him back.  Something the Hawks are likely to do sometime in the very near future.

Joel Quenneville has always seen the best of what Bickell can offer, and there is no question sending him down was a difficult decision given all the Bickell has been for the Blackhawks during his time in Chicago.  Second chances are often few and far between where Coach Q is concerned, but Bickell has earned his fair share from the Blackhawks ‘Maestro,’ in part because of the potential Q has always seen in the forward.

“He gets to the net, hard to play against,” coach Joel Quenneville said. “Everybody in the league loves that type of player. But those guys are hard to find. So putting it all together for Bickell is a challenge. We always see good parts to his game. He can skate, he can shoot, so there’s some good attributes there, but just putting them all together in that consistent fashion is what you want to see. It makes us a better team. ” ~ Chicago Tribune

The Blackhawks know what Bickell can mean to the club.  He is a big body who can play a physical style that they have been looking to Brandon Mashinter for lately.  Thus far, Mashinter has yet to provide any kind of substantial impact.  In fact, he has been utterly forgettable and yet he continues to get a spot on the roster, which has baffled nearly everyone.

In four years, and 34 games at the NHL Level, Mashinter has never registered a point, or averaged better than 7:09 in time on the ice (TOI), which is his current average with the Blackhawks.  So, he seems like the logical player to be the odd man out in the lineup, should Bickell return. Without the Tikhonov move, it would take two players to make room for the big winger (and his hefty contract), but given this turn of events, it is likely that only one will drop back to the AHL.

Of course, the Hawks could choose to drop Marko Dano, or Tanner Kero back, though the latter seems extremely unlikely given his strong play to date.  Dano could find his way back to the AHL at some point, but odds are Mashinter is the one who gives up a spot as Dano holds more potential for the Hawks in the long-term.

Which Bickell Will Return

While it remains to be seen whether Bickell can bring the game he has found in Rockford back to the United Center, the prospect of it has to be a positive.  If Bickell can return to the Hawks and contribute on some level, he could add to the teams chemistry and possibly stabilize the lines that have been chronically shifty in recent weeks.  When he’s in the right head space, Bickell gives coach Quenneville a versatile pawn to move throughout the line up.  He can play on any line and in just about any situation, provided he can maintain the level of confidence he has currently.

One thing that has stood out for Bickell is the positive attitude he has taken with him in whatever role he plays.  There is no doubt that any player with an extended stay in the NHL ranks would take a demotion to the AHL as a hard hit. However, Bickell has remained upbeat and has made it clear that he has set his sights on doing whatever it takes to get back to the player he once was.  A player that the Hawks can rely on. 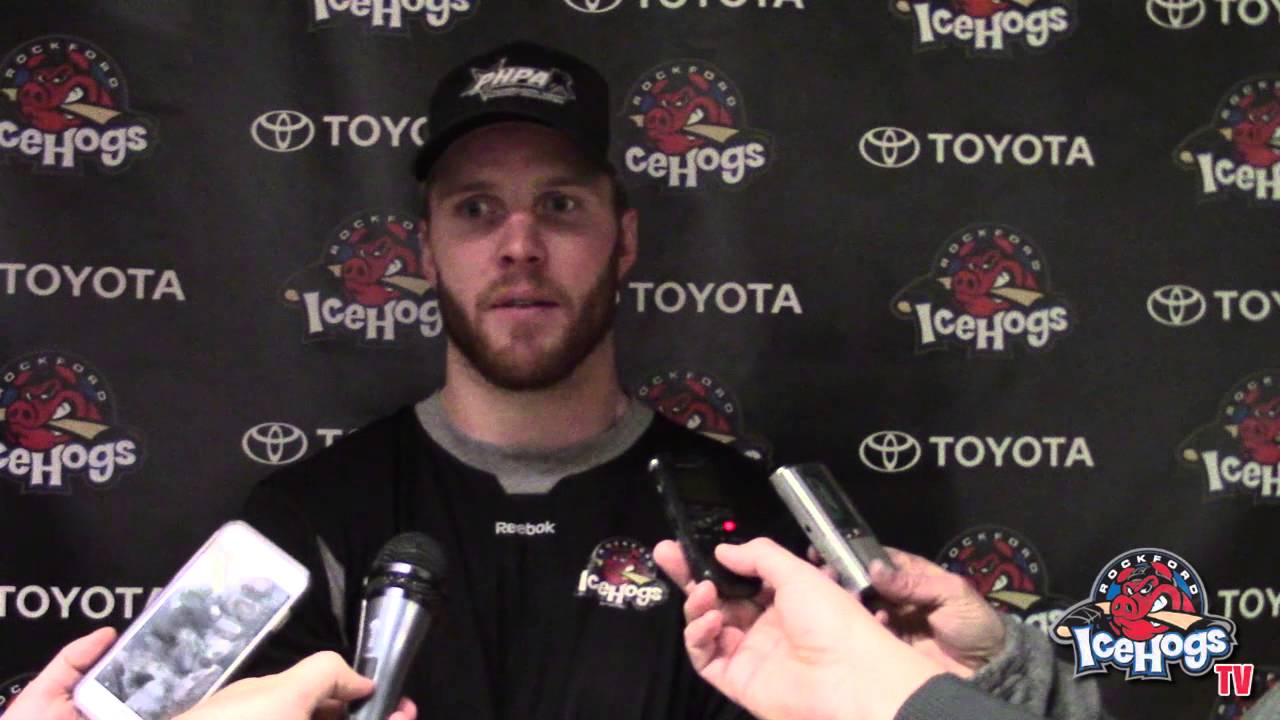 Worst case scenario, is that Bickell returns and has little contribution, which would undoubtedly seal his fate and promptly return him to Rockford until his contract runs out.  However, if he can continue to thrive with his new found confidence, it could do one of two things for the Blackhawks.

It could garner some interest from other teams, which seems unlikely given his upside-down contract unless he were to play lights out, which is the other side of the coin.  He could return to the play-off beast the team offered that big contract to and thereby nullify any interest another team might have, as the Blackhawks and their fans know exactly how useful that version of Bryan Bickell can be. 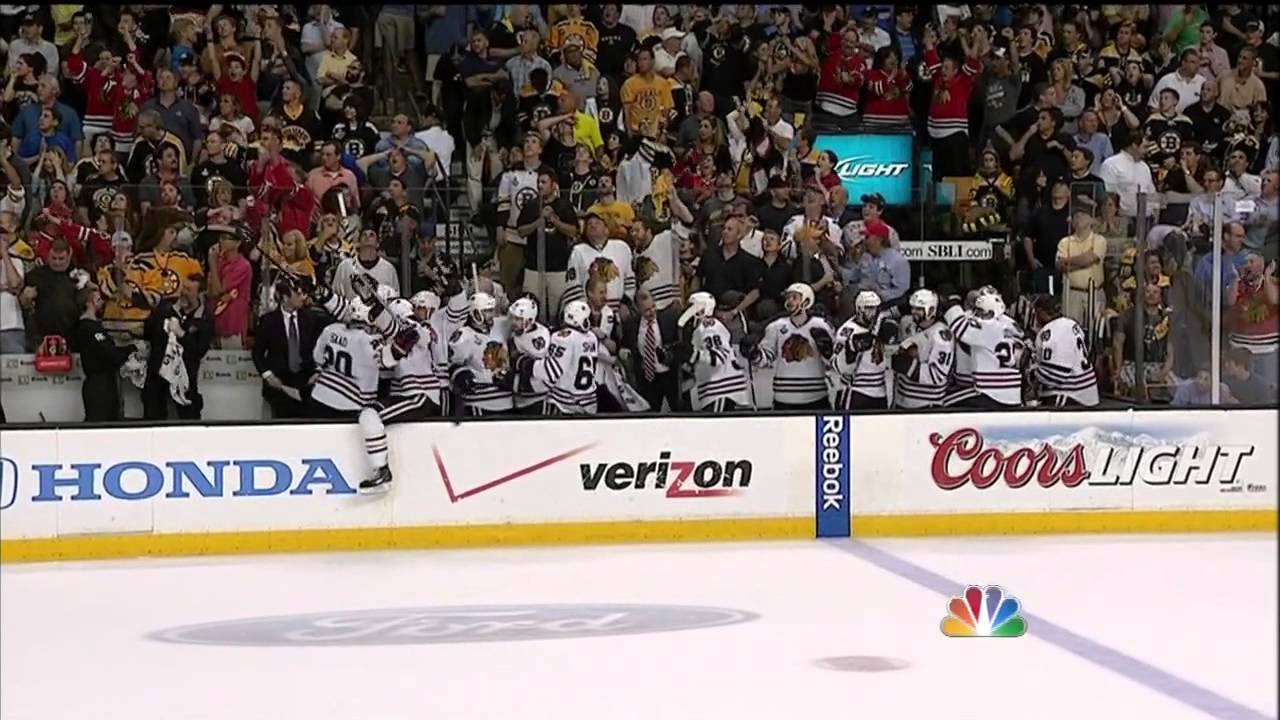 The truth is, he will likely return as something in between, but that might be just what the Blackhawks need.  A big body to crowd the crease and slip those elusive greasy goals past unsuspecting netminders, both of which the Hawks could use in short order.

If Not Bickell, Then Who?

Of course there is a chance that someone else comes up instead of Bickell, though I think another chance has always been in the cards for Bickell as far as the coaching staff, and management are concerned.

Here are a couple of players who might earn a second look in Tikhonov’s absence.

It seems more likely the Hawks would be looking at forwards, but there is still a chance that either Viktor Svedberg, or Erik Gustafsson could be bound for Chicago.  Both defensemen played admirably in Duncan Keith’s stead, but with the defense set as it is currently, it would seem an injury, or perhaps a trade is the best opportunity for either to make a return to Chicago.

The Hawks already have David Rundblad in the press box, and though Trevor Daley hasn’t been the player the team has hoped he could be, he is unlikley to be joining Rundblad as they would have two hits against the cap on the sidelines making a move impossible.  Daley would almost certainly be picked up on waivers, so that move is beyond a long shot, particularly if they haven’t made a similar move with Rundblad, who is already eating up cap from the press box.

Bickell indeed playing LW with Hinostroza at C and Hartman at RW. They've had one shift, resulted in a scoring chance. #Blackhawks

However, Vinnie Hinostroza or Ryan Hartman could garner another look from the coaching staff should they opt to keep Bickell in Rockford a little longer. Both had some good shifts with the Hawks, though it was clear that each could benefit from the increased ice time that the IceHogs could offer. However, the pair have shined on the same line with Bickell in Rockford.

The long shot would be Jeremy Morin, re-acquired in the trade with the Columbus Blue Jackets, but many Blackhawks fans recall that there is no love lost between Morin and Coach Q.  So, that would seem like the unlikeliest of outcomes, but stranger things have happened.

Jeremy Morin wasn't surprised he didn't get a look in preseason with the #Blackhawks. "No, I wasn't really shocked at all." #IceHogs

Jeremy Morin wasn't surprised he didn't get a look in preseason with the #Blackhawks. "No, I wasn't really shocked at all." #IceHogs