Coyotes’ prospects Connor Murphy, Andy Miele and Brandon Gormley all saw their share of NHL action this past season. Perhaps a lesser known name to Coyotes fans is that of German born winger Tobias Rieder.

How was he acquired?

He was originally a fourth round pick (114th overall) of the Edmonton Oilers in the 2011 NHL Entry Draft. He was acquired by the Coyotes in exchange for Kale Kessy, whom was drafted three slots ahead of Rieder at the 2011 Draft, on March 29, 2013.

Since the trade Kale Kessy has played 54 AHL games while contributing only eight points. His calling card is his aggressive and physical play which he uses his 6’3” 196lbs frame to facilitate. It was a curious trade for Edmonton to make as Kessy is expected to be no more than a fourth line energy forward at best. 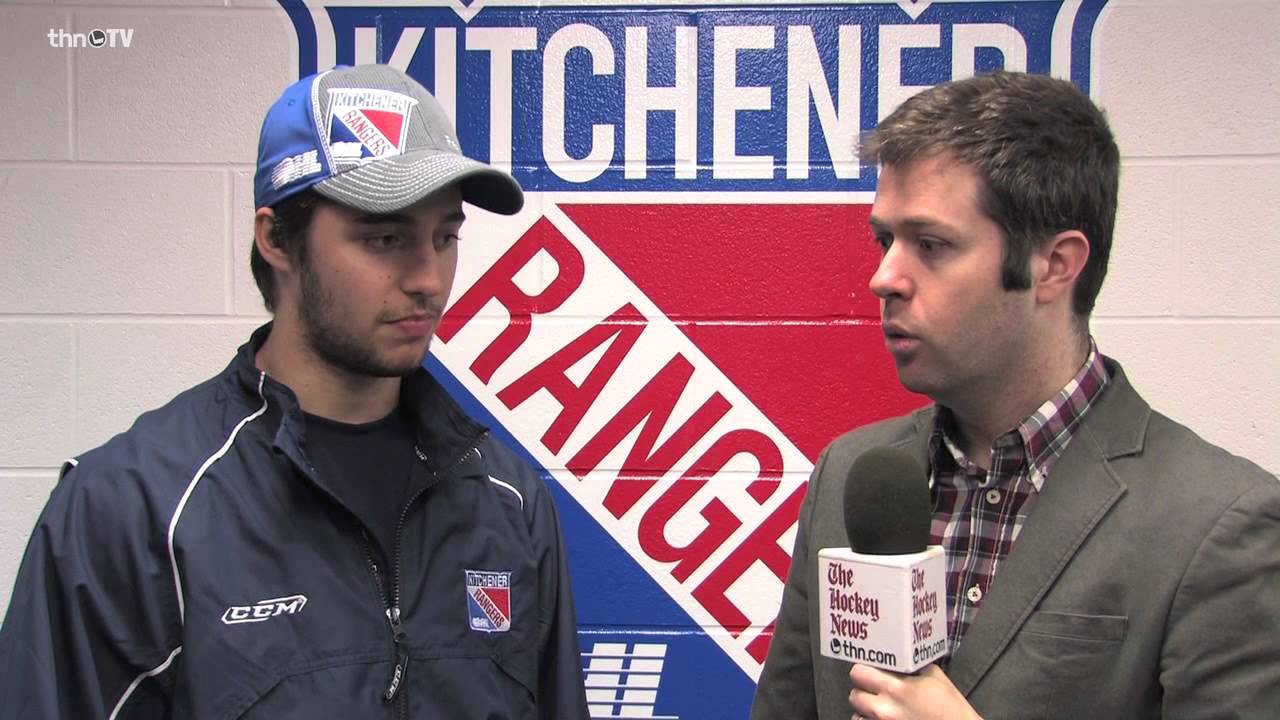 Thoughts from Jonathan Willis of the Edmonton Journal on the trade:

“Kessy’s been okay for the Oklahoma City Barons in a depth role, has added a physical presence to the fourth line and has worked his way into a role on the penalty kill, but he has looked decidedly out of place on the power play or when elevated up the lineup. At this point, the Oilers would be doing extremely well if he were to eventually make it to the majors in a fourth line role.”

In contrast Tobias Rieder appears to have the makings of a solid top six scoring winger at the NHL level. His Hockey’s Future talent analysis is evidence of this.

“Rieder combines above average skill with a high compete level and is an exciting player to watch as a result. He brings both offensive ability and a willingness to get his nose dirty to the table, and is a fan favorite as a result. He has leadership skills to boot, being named an alternate captain for both Kitchener and the U20 Germany team. He has a slight build and lacks ideal height however, and this leads to him being worn down from time to time.”

After scoring 0.52 goals per game during his time in the Ontario Hockey League his transition to professional hockey at the American Hockey League level was fairly smooth. He played 64 games with the Portland Pirates this past season scoring at a 0.44 goals per game ratio. The area of his game which requires the most polishing is his defensive play as indicated in Hockey’s Future’s February 2014 top 20 Coyotes prospect update.

“Rieder may be the most natural goal-scorer on the Portland Pirates. After an injury in the second game of the season, the German has come back to score 16 goals. Rieder has transitioned decently in his rookie professional season. However, like most goal-scorers coming out of junior, he must improve his defensive zone awareness. This is being facilitated in Portland where he is being deployed in situations he was rarely exposed to with the Kitchener Rangers such as penalty kills and late-game defensive zone face-offs.”

Although as indicated by Jonathan Willis of the Edmonton Journal Rieder is not your typical offense only winger:

“He’s solid defensively (he was one of the best penalty killers in the OHL) and hasn’t looked out of place as a scorer in his first professional campaign. Yes, he’s listed at just 5’11” and 190 pounds, but there’s a real possibility that an NHL player exists there.”

This trade could be an absolute steal for Coyotes general manager Don Maloney in a few years. Tobias is also signed to a cap friendly contract through the 2015-16 NHL season would carries a cap hit of $853,333 annually.

At the AHL level he is making a salary of $70,000, which is more than the average household, but relatively poor by NHL standards. He would surely like to even spend part of the year at the NHL level which would see his paycheck increase by 12 times to a total of $842,500 for next season.

If the Coyotes were to let winger Rabin Vrbata walk as an unrestricted free agent they could hope that one of Martin Erat or Tobias Rieder could step up and replace at least a large majority of his production. That may be asking too much of a rookie at the NHL level.

Where is he next season?

I could see Rieder stepping into a third line role with second power play and penalty killing responsibilities to get his feet wet. Although it must be kept in mind that he should be competing with the likes of Max Domi, Henrik Samuelsson, Lucas Lessio, Andy Miele and Phil Lane for a spot in the bottom six forwards.

Along with those odds is that fact that Rieder is still exempt from waivers and would not be hurt by another developmental season with the AHL’s Portland Pirates.

Is he ready to contribute at the NHL level? I believe he is in a limited role; however this may not best serve the Coyotes long term interests.