We’re two-and-a-half months into the 2017-18 NHL season and things really couldn’t have gone much better for John Stevens’ Los Angeles Kings so far. They’re enjoying a nice bounce-back campaign after missing the playoffs under Darryl Sutter a season ago and are once again getting solid contributions from veterans like Anze Kopitar and Dustin Brown, who both struggled mightily in 2016-17.

Brown’s improved play, in particular, has been one of the best stories in the NHL this year. In the midst of a comeback season after a handful of lean years, Brown is now on the verge of reaching a significant milestone that few players achieve — he’ll skate in his 1,000th career NHL game on Thursday, Dec. 21, at the Staples Center against the Colorado Avalanche.

Where It All Began

Brown’s NHL career began when he was selected at No. 13 overall by the Kings in 2003. Brown was part of an absolutely loaded draft class — players like Marc-Andre Fleury, Brent Burns, Ryan Getzlaf and Eric Staal also heard their names called in the first round in 2003, while guys like Patrice Bergeron, Joe Pavelski, Dustin Byfuglien and Shea Weber were selected in the second round or later.

As an 18-year-old, Brown skipped the AHL and went straight to the show — he played in 31 games during the 2003-04 season, picking up five points while racking up 16 penalty minutes. The Ithaca, NY native scored the first goal of his career on Nov. 22, 2003, against the Avalanche at the Pepsi Center. In the following video, released by the NHL in 2013, Brown and other players reminisce about lighting the lamp in the ‘National League’ for the first time: 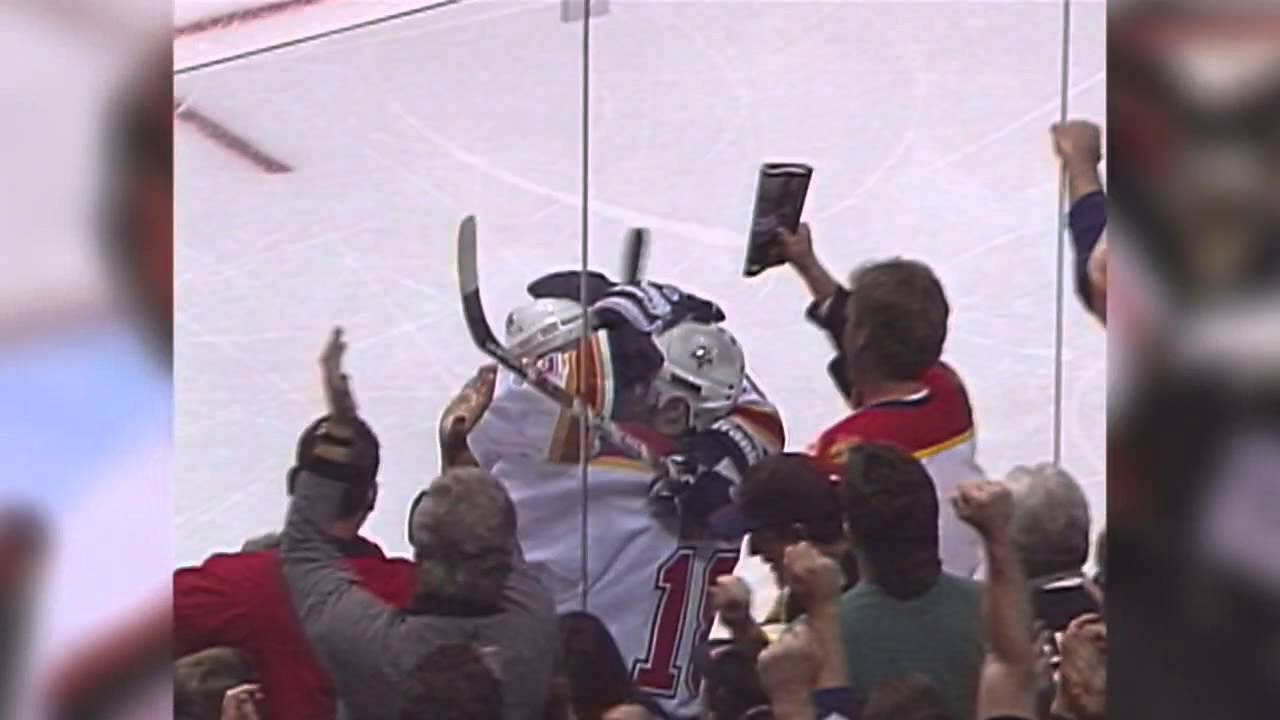 Fully recovered from the ankle injury that slowed him as a rookie, Brown was set to take a step forward in Los Angeles during the 2004-05 season. However, the lockout prevented that from happening, and Brown instead spent the entire season in the AHL with the Manchester Monarchs, where he dominated. Playing under Bruce Boudreau and alongside Mike Cammalleri, Brown finished second on the team in scoring with 74 points (29 goals and 45 assists) and helped the Monarchs finish with a league-best total of 51 wins.

Back in the NHL for the 2005-06 season, Brown successfully built upon his experiences at the AHL level and emerged as a dependable player in Los Angeles’ lineup. He scored 14 goals and 14 assists in 79 games that year and added 80 penalty minutes for good measure. Brown improved his point total to 46 during the 2006-07 season, and further increased his scoring output to 60 points in 2007-08.

Brown’s blossoming leadership abilities and offensive instincts didn’t go unnoticed by the club — the then 23-year-old assumed Los Angeles’ captaincy on Oct. 8, 2008, following the departure of Rob Blake in the offseason. Brown continued to produce for the Kings after being named as captain — playing on Los Angeles’ top line alongside Kopitar, Brown posted four straight 50-point campaigns from 2008-09 through 2011-12 and established himself as one of the best two-way power forwards in the NHL.

Brown had always been a productive player in Los Angeles, but under his leadership, the Kings never seemed to be able to break through in the postseason. Los Angeles failed to qualify for the Stanley Cup playoffs during Brown’s first five seasons with the team and were eliminated in six games in both 2010 and 2011.

However, everything changed during the 2011-12 season. After a slow start, the Kings fired then-head coach Terry Murray in December and brought in Sutter to replace him. The Kings also acquired forward Jeff Carter from the Columbus Blue Jackets at the trade deadline and managed to sneak into the playoffs as the No. 8 seed in the Western Conference. From there, the rest is history — Los Angeles blew past the Vancouver Canucks, St. Louis Blues, Phoenix Coyotes and New Jersey Devils to win their first-ever Stanley Cup.

The Kings failed to defend the Cup during the lockout-shortened 2012-13 campaign, but they won it again in dramatic fashion in 2014. Los Angeles won three Game 7’s en route to a Stanley Cup Final berth against the New York Rangers, where they won three of the series’ five games in overtime and took home the Stanley Cup for the second time in three seasons.

It’s been a tougher road for Los Angeles following the two Cups, though, as they’ve managed to pick up just a single playoff win in three seasons since. However, Brown and the Kings have rebounded under Stevens and can once again be considered as serious Stanley Cup contenders.

When Brown plays his 1,000th game on Dec. 21, he’ll not only join the small fraternity of fewer than 350 NHL players who have reached the milestone, he’ll also join Luc Robitaille and Dave Taylor as the only players to skate in 1,000 or more games as members of the Kings franchise. This is obviously an exclusive club in Los Angeles — both Robitaille and Taylor have their numbers in the rafters of Staples Center, while the former has a statue outside in Star Plaza.

Both men are hockey legends, but it could be argued that Brown, not Robitaille or Taylor, is the most distinguished player in franchise history. Sure, Robitaille and Taylor are both members of the NHL’s 1,000-point club, but Brown did what neither of them could — he helped bring home two Stanley Cups to Los Angeles. Not even Wayne Gretzky was able to bring a championship to Los Angeles during his illustrious and high-scoring tenure with the club.

The 1,000-game milestone is significant for any player, but to play all 1,000 games with the same franchise is something extra special — it doesn’t happen as often as it used to in this era of free agency and is a sign of both longevity and productivity. Indeed, Brown has missed just 17 games in 13 seasons since his rookie campaign and, as of this writing, has amassed a total of 534 points in 999 career contests. Brown may have had his captaincy stripped by the Kings’ previous regime, but nothing changes the fact that he’s a legend in Los Angeles. Here’s hoping the franchise makes it a special night for their longest-tenured current player.